It's the year 3000 A.D., and the Earth is lost to the alien race of Psychlos. Humanity is enslaved by these gold-thirsty tyrants, who are unaware that their 'man-animals' (yes, you heard that right) are about to ignite a rebellion. Oh, and it stars John Travolta and Forest Whitaker for some reason. 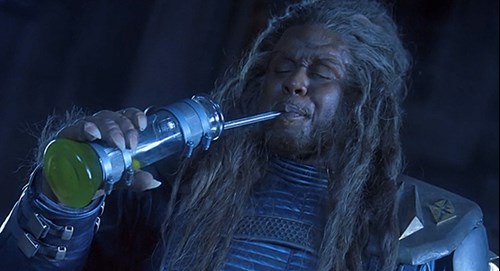 1. It's based off a novel by the founder of Scientology, L. Ron Hubbard. 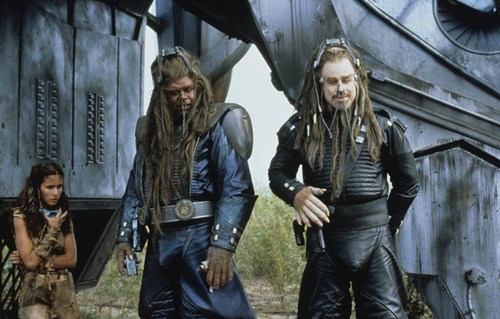 2. It's unclear how many fingers the 'Psychlos' have.

Sometimes five, sometimes six, nobody cared enough to count and it changes from cut to cut. There might be a drinking game to be made from how often it changes, I'm just saying. 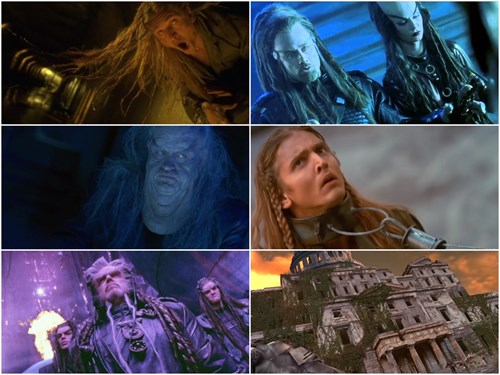 A Dutch tilt (or an oblique angle as they should now and forever be called due to the fact that the etymology of ‘Dutch’ angles is essentially a slur from the Anglo-Dutch wars)—anyways, it’s a camera effect that’s SUPER complicated. Just kidding, it’s basically putting the camera at an angle. Does it have its moments in film? Yes. Does it need to be the angle of ALMOST EVERY SINGLE SHOT in Battlefield Earth? That’s a hard no.

While watching, all I could think about was please somebody SOMEWHERE turn the camera straight. I don’t even care if it’s the sound person—y’all are killing me. I genuinely want to cry about this, but maybe I should just give it a re-watch with my head at an oblique angle. 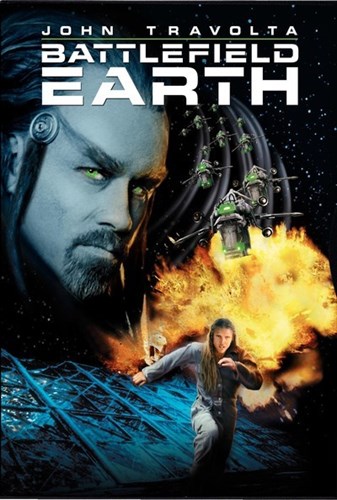 4. The battle wasn't that great and didn't take up much screen time.

I’ll say it again, with feeling. The battle in Battlefield Earth was barely a blip in this whole movie, despite the promises made by the movie poster (and title). Let’s be honest, it sucked. In fact, there isn’t a lot of action at all in this film. When there is, it’s ruined by someone’s dumb idea to use a slow motion effect to make it…cool? 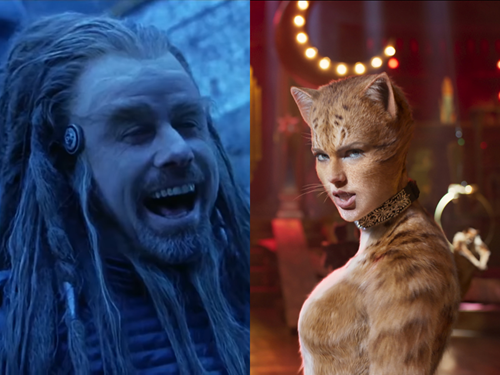 5. The original screenwriter (J.D. Shapiro) hates the film, but has now declared Cats (2019) was worse.

“My script was very, VERY different than what ended up on the screen. My screenplay was darker, grittier and had a very compelling story with rich characters. What my screenplay didn’t have was slow motion at every turn, Dutch tilts, campy dialogue, aliens in KISS boots, and everyone wearing Bob Marley wigs...

…Then I got another batch of notes. I thought it was a joke… I refused to incorporate the notes into the script and was fired.

…Now, looking back at the movie with fresh eyes, I can’t help but be strangely proud of it. Because out of all the sucky movies, mine is the suckiest.”

He has, however, since gone on to say that Cats (2019) is now the new worst movie ever. I can’t say for sure if that is true or not, but whatever helps him sleep at night.

So, is it worth a watch (or a re-watch)? Maybe? At least so you can say you watched the ‘second’ worst movie ever? I'll leave it up to you.