An artifact never before displayed at MoPOP can now be found inside the museum's Wild Blue Angel: Hendrix Abroad, 1966-1970 exhibition, where a purple satin vest worn on stage by Jimi Hendrix has been installed from the collection of Experience Hendrix, L.L.C.

Worn by Jimi Hendrix from 1968-1970, including at London's Royal Albert Hall in 1969 (video above!), the groovy digs uses mirrors for decoration on the vest's bottom band and back, similar to shisheh or abhla bharat (mirror embroidery), a tradition that can be traced back to 17th century Persia (modern-day Iran). The purple satin vest exemplifies Hendrix's singular, experimental style. 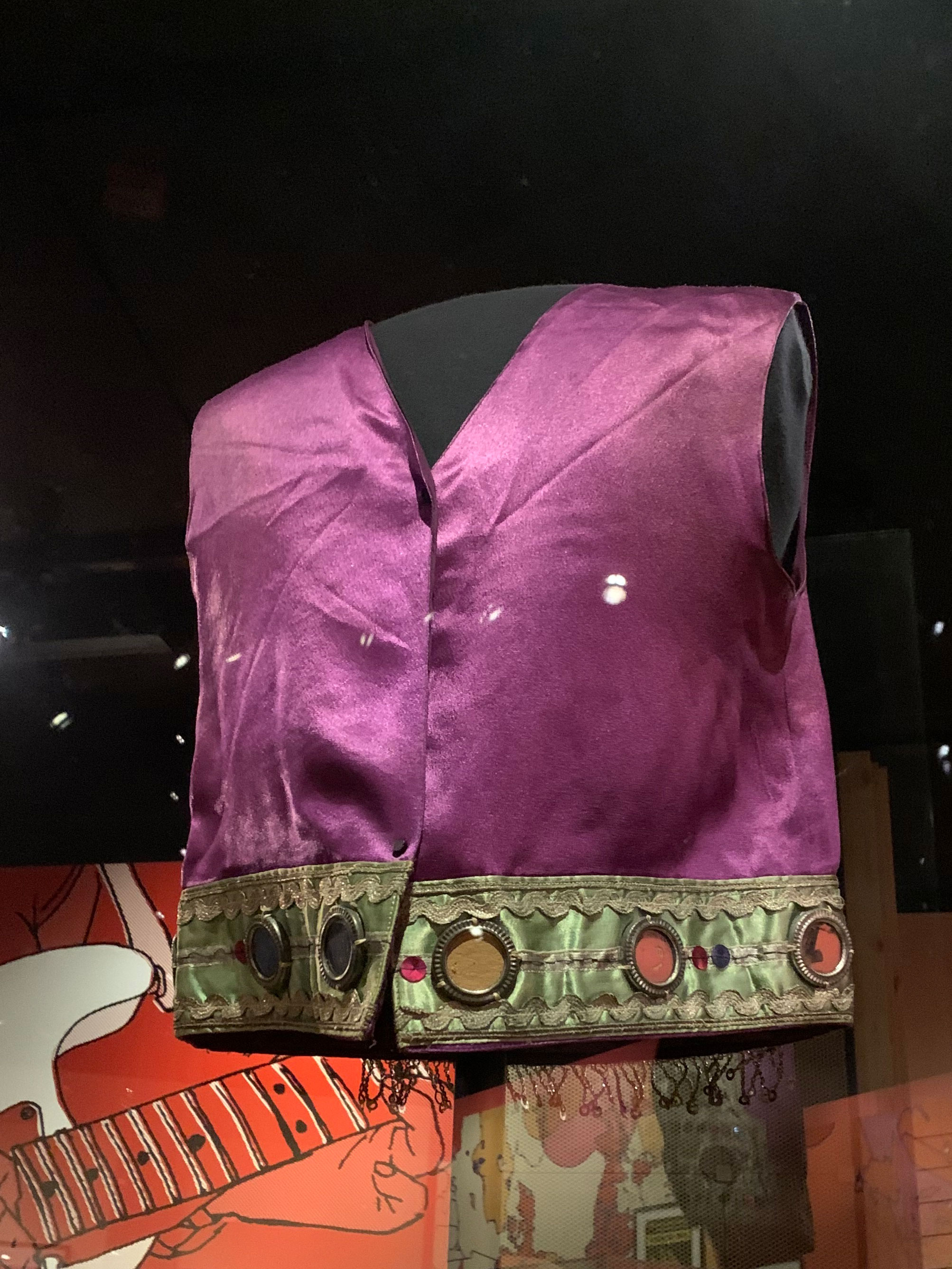 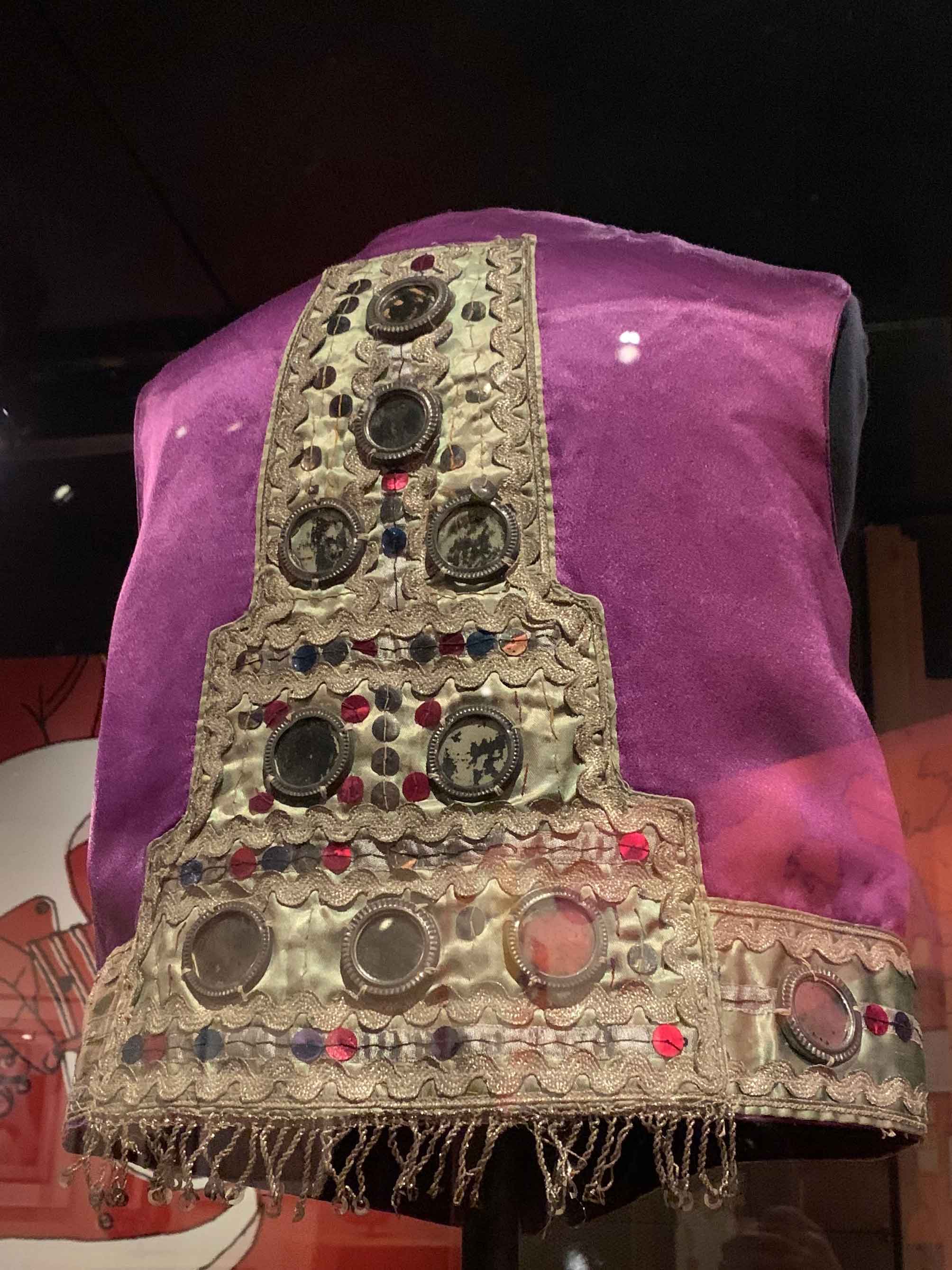 After touring with Little Richard and the Isley Brothers (1964-1965) and having to wear matching outfits with his bandmates, Hendrix's arrival in London in 1966 gave him the opportunity to explore and develop his unique fashion sense. Inspired by a mix of diverse cultural traditions, paired with the new London Dandy fashions and vintage pieces, Jimi Hendrix became almost as well known for his for his eclectic and colorful outfits as he was for his legendary musical talent.