Have you ever been searching for a good idea and suddenly, pop, the proverbial light bulb goes off? That’s certainly how it happened for filmmaker Rhiannon Evans with her short Fulfilament screening in the Science Fiction + Fantasy Short Film Festival this March.

Evans is an award-winning film-maker from South Wales. She studied animation at the University of Wales Newport. After years of freelance work in commercials, she began a post graduate degree in Directing Animation at The National Film & Television School where she received a prestigious BAFTA scholarship. Her film Fulfilament follows a little lost thought as it travels through the brain to find a place to belong.

The ideas are what attract me most. There’s a freedom in sci-fi and fantasy to let your imagination run wild, and I find the artists working within the genre have the most interesting things to say. 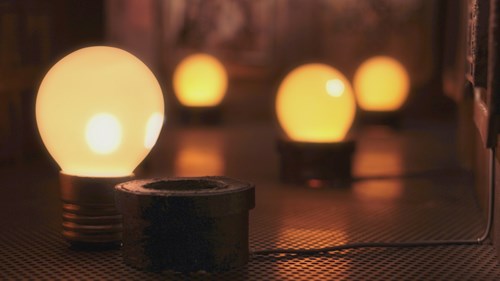 It’s the ability to create a whole world as well as the characters who populate it. You can have your world say something completely different to the story you are trying to tell or you can create your world to enhance the story. It can have parallels in reality or be entirely fictional and yet still be believable and immersive for the audience.

Sci-fi and fantasy can help you understand the real world by removing you from it for a short time and giving you a new perspective, which is ultimately what storytellers are trying to do, show audiences a new perspective. 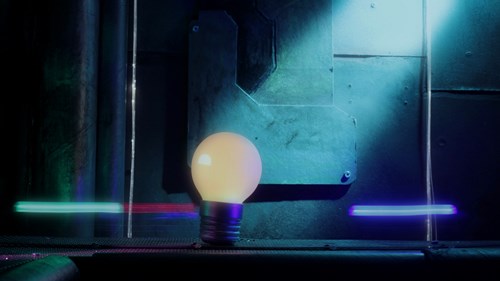 What inspired you to create Fulfilament?

Fulfilament came about as I tried to think of an idea for a new film. I was struggling to decide what type of story to tell and I imagined a small thought bouncing around the different parts of my brain looking for a place to live. Was it going to be a film based on one of my memories, a secret I was keeping, or was it a story with a logical structure that solved a puzzle of some kind? It wasn’t long before I put the visuals with the idea and fell in love with the prospect of making puppets out of light bulbs and having them illuminate the sets as they moved about. 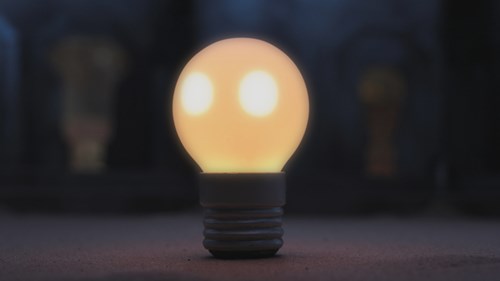 You frequently work in stop motion. What about that medium attracts you?

Stop motion has a tactile charm that I find engages with audiences much better than other forms of animation. When people can see a puppet constructed from a familiar material then they already understand the world better because they know how it feels. This leads to their suspension of disbelief being stronger and so allows for a deeper immersion in the story and more empathy for the characters.

I have written a new short that I’m trying to get some funding for this year which is about trying to control time and I’m in the early stages of writing a sci-fi feature.

Check out more of Rhiannon's work on her website. The Science Fiction + Fantasy Short Film Festival, hosted by MoPOP and SIFF, takes place March 24 and 25.