The Modern Fable of Vincent Peone

Art has the power to heal the deepest wounds.

Filmmaker Vincent Peone experienced this first-hand when he created the beautiful fable The Sea is Blue in the wake of an aggressive house fire that destroyed his family home and left his sister in a coma. The resulting film is a thoughtful tale through a stop-motion world of colorful sea creatures, magical scenescapes, and one precocious and brave little girl.

A founding member of CollegeHumor Originals, Peone has directed, written, shot, produced, or acted in nearly 2,000 videos. His short film The Sea is Blue won a 2016 Webby Award and will be part of the 2018 Science Fiction + Fantasy Short Film Festival, hosted by MoPOP.

Check out our interview below and make sure to take a look at the full festival lineup on our website.

I like playing in the science fiction/fantasy genres because they afford an added layer of curation. The setting, styling, wardrobe, etc. all come custom tailored to the overall design of the “world.” When done right, that world can play a crucial role in the narrative—almost becoming a character in and of itself. 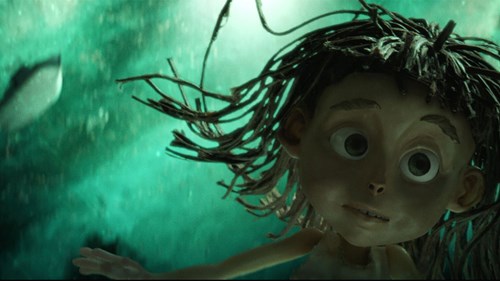 By definition, these genres are limitless, but they succeed when they are grounded by relatable characters. There’s something very attractive about that as a storyteller.

What inspired you to create The Sea is Blue?

I wrote the story when my sister Dina was in a coma, having sustained third degree burn injuries from a house fire that ripped through our childhood home. I remember writing it by her bedside to occupy the long hours while my family and I waited for her to wake up. It was probably a coping mechanism. It took me ten years—and my sister’s recovery—to get the nerve to actually make it. I decided to tell the story of Dina’s (Bean’s) struggle to be united with her family in a fantastical way, sort of like a bedtime story I was creating for my sister. 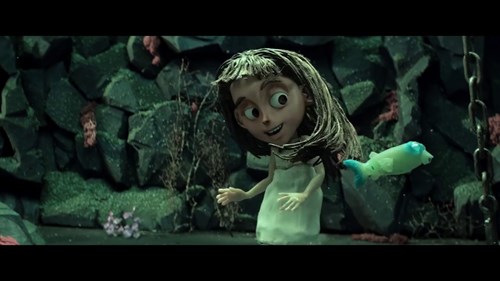 You’re a founding member of CollegeHumor Originals and have worked extensively in commercial video. How did your work in those areas inform your narrative process on The Sea is Blue?

CollegeHumor was like boot camp for filmmaking. I was generating so much at insane turnarounds while constantly playing in genre. It taught me how to be efficient and laser focused in order to accomplish things on shoestring budgets.

Commercials gave me the opportunity to apply some of those same principles to higher budgets. Along the way, I guess you could say I picked up some of the technical language needed to pull off a film of this scale. I actually met Mike Healey (Animation Director and Kneeon Studios owner who was absolutely integral to The Sea is Blue) on a commercial shoot. It pays to keep busy! 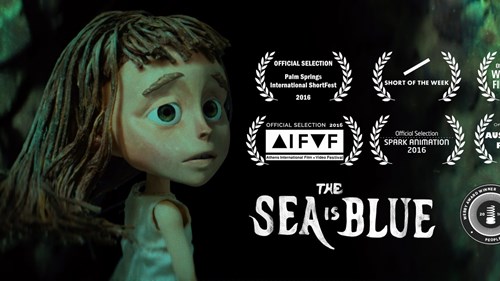 What’s next for you as a filmmaker and artist?

In addition to continued commercial work, I'm developing a TV show with IFC, a feature length comedy, and another stop motion short! I'm excited about all of them, especially that last one. :)

The Sea is Blue screens as part of the Science Fiction + Fantasy Short Film Festival March 24 and 25.