How often do you see a film that makes your jaw drop open in surprise and delight? Not often enough? Well, Kieran Sugrue can fix that for you.

SFFSFF contributor Kieran Sugrue is an Australian animator with a fondness for ghosts. An animator since high school, he studied at a higher level at RMIT University and now works in studios around Melbourne. His film Ghost Squad follows a recently deceased by who must use his new-found powers to fight demon ghosts alongside his ghostly friends.

Ghost Squad will screen as part of the Science Fiction + Fantasy Short Film Festival this March. Check out our interview with Kieran below.

I think it's fun because it can be as familiar to real world as it needs to be, but also completely alien in other ways. I also really like ghosts and aliens. 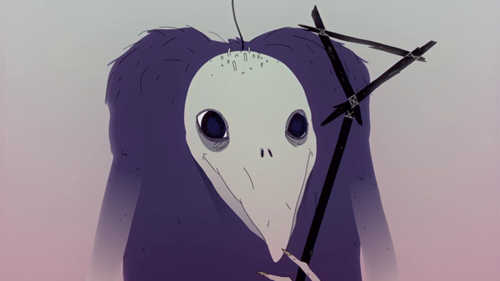 I would say because it works as a great escape from reality for audiences. For storytellers it's a good foundation for imaginative world building.

What inspired you to create Ghost Squad?

I figured because it was a passion project I should use my weirdest idea that would otherwise never get made. It was inspired by Sailor Moon/Power Rangers, but I wanted it to be weird and dark–– although it didn't end up being all that dark. 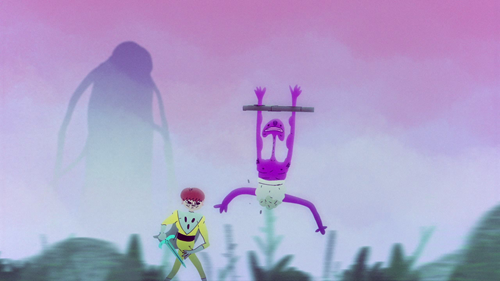 So many parts of Ghost Squad are totally unique and brilliant. Where do you draw inspiration for characters like the tiny ghost, vulture-god creature, and ghost fish?

The vulture-god guy was inspired by the skeksis from The Dark Crystal and "Salad Fingers."

With the ghost fish, I was thinking of a Muppety lumbering monster from something like Power Rangers, potentially threatening but doesn't really function.

The tiny ghost, whose name is Captain Petey, is just a ball with noodles because I find that easy to draw. I had in mind the trope where the main character has a familiar/pet creature. 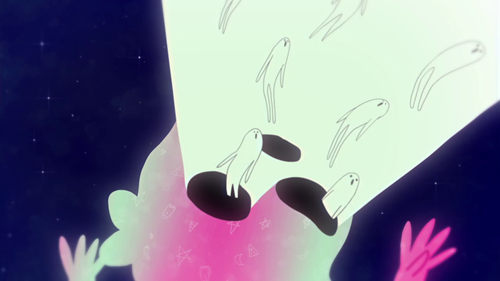 What have you been creating recently? What are your artistic focuses for 2018?

I haven't been working on anything personally lately, although for 2018 I want to draw more and maybe continue Ghost Squad as a comic.