A Night To Remember: MTV Unplugged in New York - Nirvana

Get a feel for what the mood was like among band members and production crew while behind the scenes at Nirvana's spine-tingling performance for MTV Unplugged in New York.

On November 18, 1993, Nirvana performed at MTV studios in New York for a legendary acoustic performance that would air as part of the MTV Unplugged series. The highly-anticipated performance came only two months after the release of the band's final studio album "In Utero" and immediately became a defining moment in Nirvana's career.

Kurt Cobain faced a challenging situation during rehearsal and taping because he was suffering from withdrawals from his addiction, plus he was extremely nervous about the show; so nervous that he wouldn't even allow his wife Courtney Love and their 15-month-old daughter, Frances Bean, to be in the building that evening. Rehearsals had been extremely stressful and miserable at times, and the tension was at a very high level for the band.

Cobain wasn't the only one with apprehension about the evening's performance. The MTV executives were upset upon seeing a preview of the band's set list. It was void of many of the band's hits instead focusing on more unique selections, and MTV executives were extremely disappointed to learn that there wouldn't even be an acoustic version of the band's breakout hit, "Smells Like Teen Spirit." Cobain didn't think it would be a successful attempt, plus the band had stopped performing the hit at many of their shows because audiences had come to expect or demand it. When it was mentioned that there would be a couple of special guests at the show, MTV assumed it would be a prominent figure like Eddie Vedder or Tori Amos. To the studio's shock it was the Meat Puppets, who weren't exactly topping the charts with any hits at that particular moment. It seemed as if the show would be doomed, and MTV expected a complete disaster. What they got was quite the opposite.

Nirvana's performance was nothing short of amazing that night. The band dazzled the audience with unique versions of their own material in addition to a few covers, including David Bowie's "The Man Who Sold the World." The pivotal moment came at the end of the show during a cover of "Where Did You Sleep Last Night?" during which Cobain gave a spine-tingling rendition that no one can forget. The band didn't even do an encore because Cobain stated backstage that there was no way he could top what had just transpired, and that's probably a fair assumption considering the magnitude of his performance. It was brilliant.

Two of the instruments from that performance are the Guild acoustic bass which was played by Krist Novoselic and the Buck Owens American acoustic guitar which was played by Pat Smear, who was the band's rhythm guitarist and touring guitarist from September 1993-April 1994. Although Smear played the instrument, it was personally owned by Novoselic. Both instruments can be seen in the Nirvana gallery as well as the set list that Cobain personally had resting on his music stand that night. 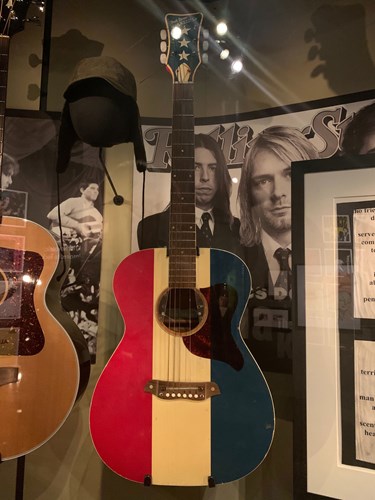 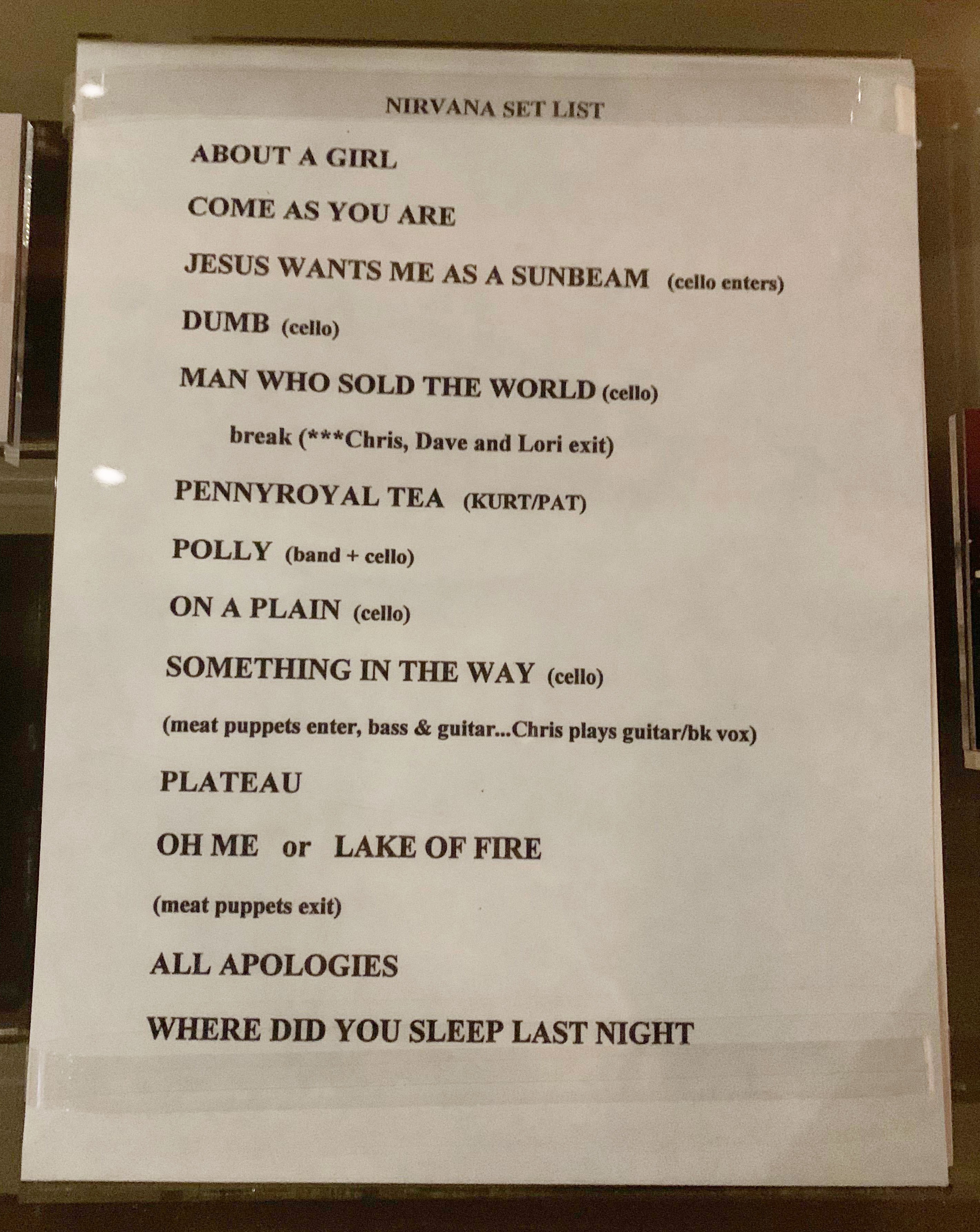 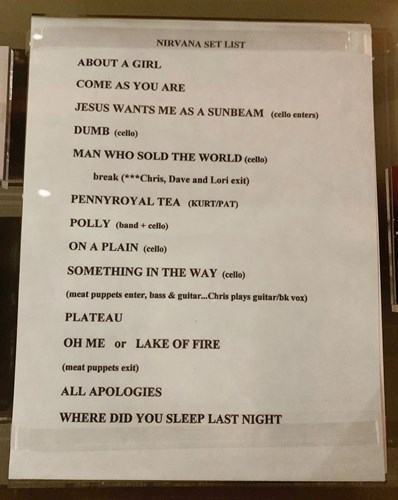