Who's Your Favorite 'Animal Crossing' Character? MoPOP Staff Weigh In

Video games are a vital part of popular culture, and the Museum of Pop Culture's Indie Game Revolution exhibition is a great example of that. There, we explore the most groundbreaking and creative work in contemporary video game culture. As we’re all currently stuck in quarantine, a lot of us have turned to video games to help pass the time and take our minds off the pandemic. Animal Crossing: New Horizons, the wholesome and delightful game for Nintendo Switch, has swept some of our MoPOP team members off their feet. New Horizons became the fastest-selling Nintendo Switch game in Japan, selling 1.88 million games in just three days. We can’t stop talking about it! Stuck at home and sick of putting together yet another puzzle? We recommend you check it out! We do have to warn you though: it’s incredibly addictive (here’s a great little intro to the game, if you’re curious!).

Not only is the game aesthetically pleasing, but we also love the characters. Here, MoPOP staff share their favorite (and least favorite) Animal Crossing characters. 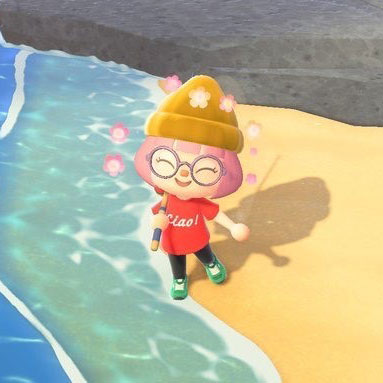 My favorite Animal Crossing character is Orville the front desk bird at Dodo Airlines. There are many reasons I love Orville, but the first (and most important) is that his sweet little dodo wings can’t even reach the keyboard! He strains so hard and types so fast when he’s trying to find an available flight that he starts sweating profusely. It’s just the cutest thing I’ve ever seen. I love that he takes his job so seriously. Something about an adorable blue dodo bird typing while wearing a button up and tie is simply too much for me to handle. I appreciate his sweetness a little more each time I go on a flight or send a letter. 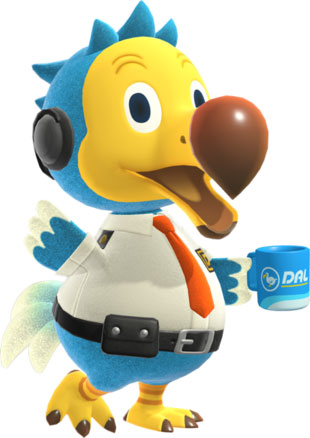 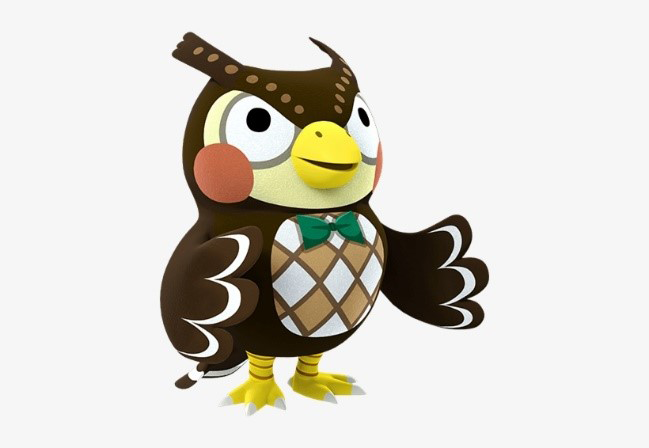 Blathers, Director of the Museum

My least favorite character—hands down—is the owl scholar, Blathers. First of all, Blathers, you are literally begging me to bring you specimens. I singlehandedly supply your entire museum with animal specimens, while you snooze the day away, and then you have the audacity to be upset when I bring you bug specimens! Blathers, nobody asked you to open an entire bug wing in this museum. Second of all, Blathers, no I don’t want to know more about this. I don’t have all day to sit here and listen to you talk. I’ve got iron ingots to find. And don’t look so disappointed when I say “no.” I hate disappointing people; even digital owls. So please keep it to yourself. You’re revving up my anxiety. Thirdly, Blathers, you don’t even compensate for the specimen! I’m drowning in debt, Blathers, Tom Nook is breathing down my neck, Blathers! Just give me a few bells for this crucian carp and we’ll call it even. Look at his stupid owl face. 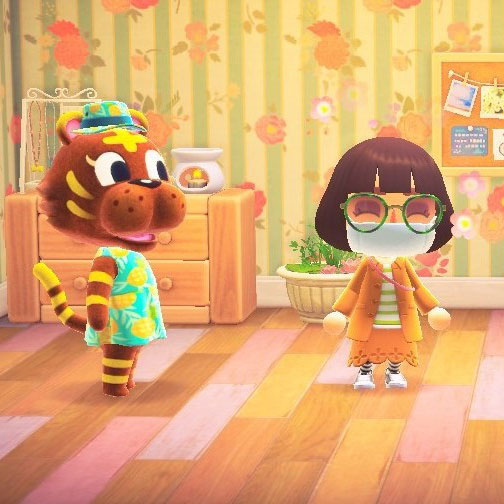 Out of the five inhabitants of Hyacinth Island, Bangle is currently my favorite Villager. I do typically go for the sheep villagers as my favs in Animal Crossing, but so far we only have Frita, and Frita is cute, but she’s also dressed like a hamburger (which I respect, but it’s a lot). Bangle just has more of a sense of style that I can appreciate. Pretty shortly after Bangle moved onto the island, I found a pineapple hat that matched her dress, and I knew I needed to give it to her. Now Bangle wears it around town! So cute! Bangle is a peppy villager, who always appreciates my fashion, and I love running into her walking around with her little pink daisy purse. She’s cute and she's the best. I hope that when she becomes famous, she remembers me. 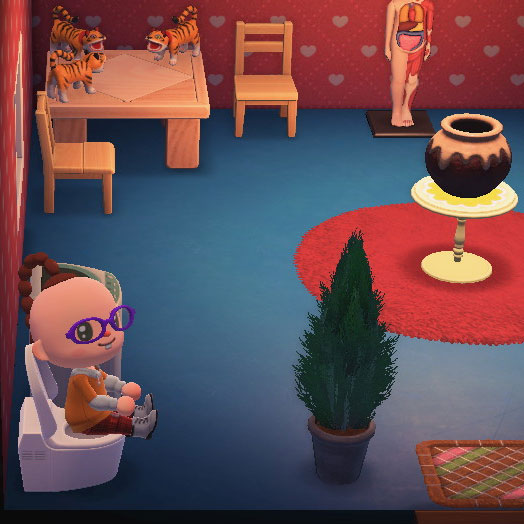 My favorite Animal Crossing character is my neighbor, Ruby. I recruited her from a distant isle. She's a gorgeous white bunny with red eyes, white fur, and pop star aspirations. 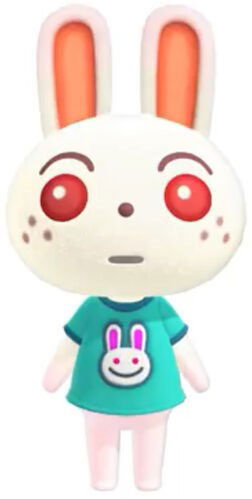 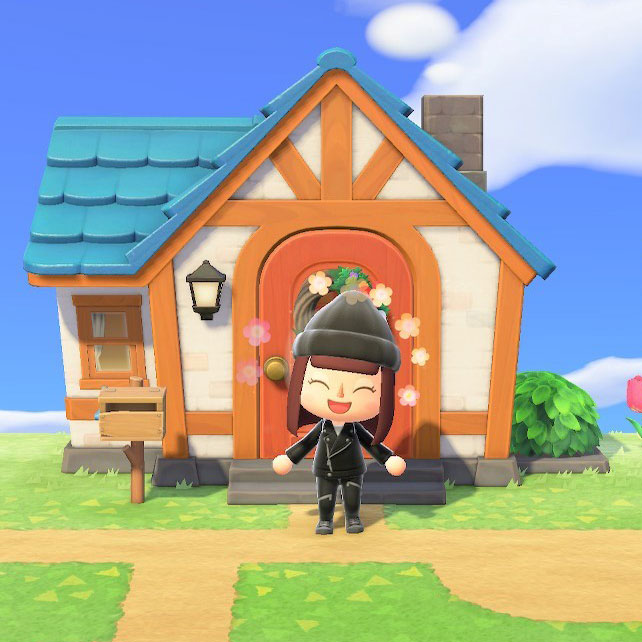 My favorite character in Animal Crossing is Lyman the koala. Every single time we talk, he mentions working out, and bicep curls, and being ripped, but I literally never see him working out. Sometimes he’s just sitting on the beach and then tries to justify it as working out. I find that really relatable. He’s always happy to see me, and has a positive attitude, which is the attention and validation I desperately need during this quarantine. 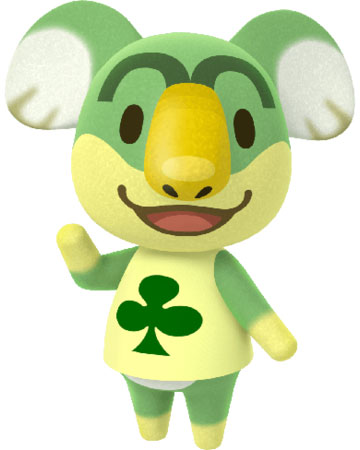 My least favorite character in Animal Crossing is Harvey. Honestly, he creeps me out. And don’t tell me to call you Harv—we aren’t there yet. Orville won’t call you Harv, so that’s a red flag for me. Harvey has a house on a deserted island that is solely reserved for photography? Where are the other inhabitants, Harvey? What did you do with them, Harvey? Why do you keep pressuring me into taking photos with my friends, Harvey? NO ONE WANTS TO VISIT YOUR CREEPY STUDIO! 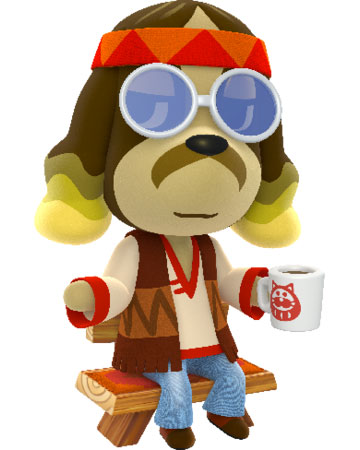 Now that you've taken in some of our staff's Animal Crossing tastes, we want to know: who are your favorite and least favorite Animal Crossing characters? Let us know in the comments or on social media (links below) by using the #MoPOPDontStop hashtag.

Like what you see? Support the work of our nonprofit museum by making a donation to MoPOP today!