MoPOP's Next "Hot Takes Symposium" Set For September 25 With Topics To Include Horror Films, Survival Shows, And Whales (Oh My!)

Do you have a strong opinion that's a little bit ... spicy?

Maybe you believe bananas and cheese belong together, or perhaps you’ve spent hours extolling the virtue of 2019’s Cats to friends and family. MoPOP has just the place for strong opinions loosely held. We present to you the Hot Takes Symposium: our new(ish) program where fans can convene to discuss and defend their strangest points of view to an indifferent moderator.

Last time around, in our first-ever Hot Takes Symposium, we touched on a few hot topics ranging from early 2000s fashion styles, Star Trek Klingon design, and why the film Frequency is the best action movie from the year 2000 (yeah, you heard us right, Gladiator). This month, we're switching the topics up but keeping a similar format as our initial program, featuring a POPx presentation (MoPOP's take on a Ted Talk), a PowerPoint Party (we promise it's way more fun than it sounds), and a good old fashioned debate club. 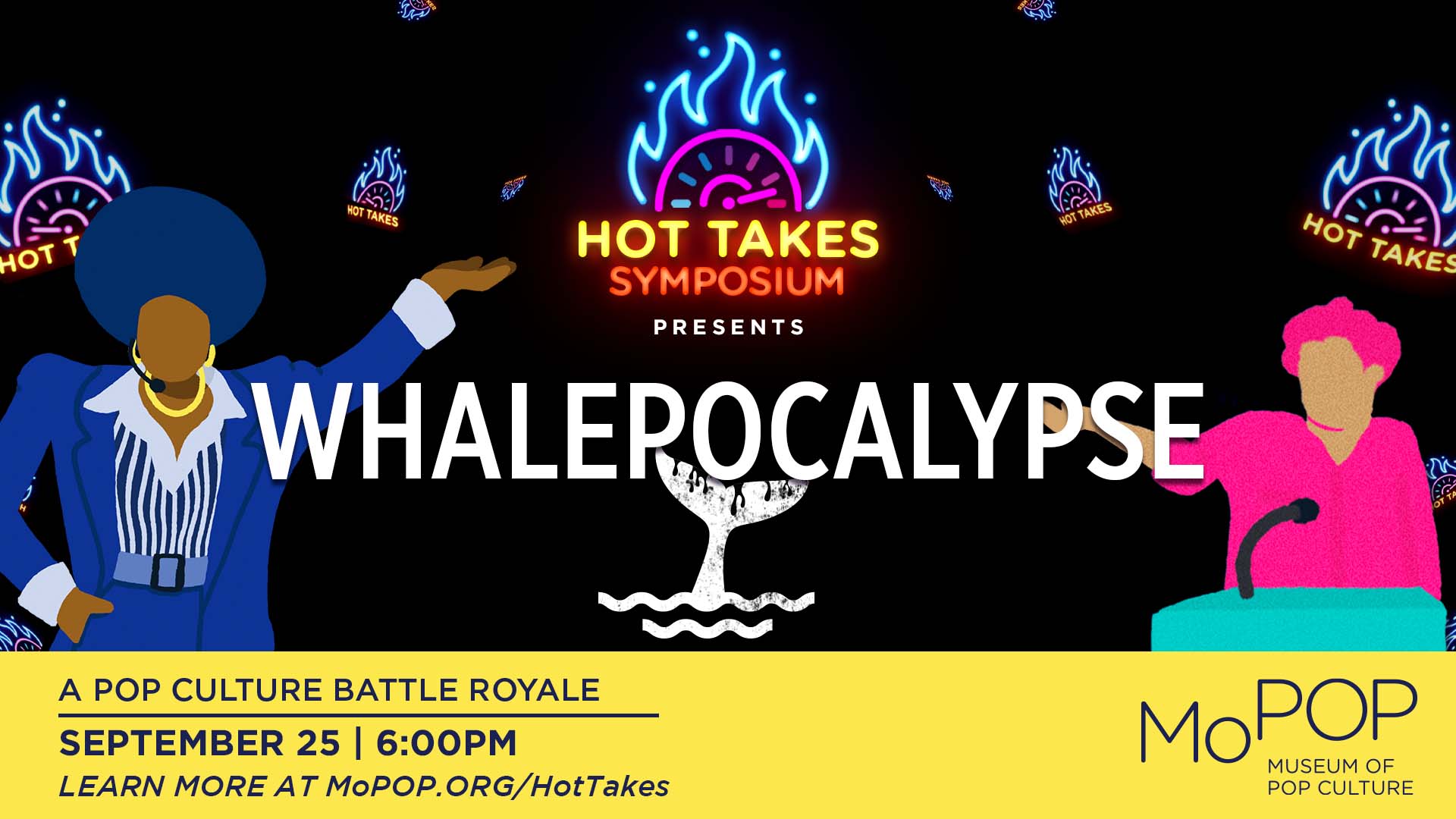 Local Seattle Drag Queen and purveyor of Hot Takes, Jane Don’t, will be doing a deep dive into the titanic whale propaganda campaign featured in many of our favorite films and shows. Jane hopes to open our third eyes (blowholes?) to the evils of whales, and the dastardly marketing campaign that made them so beloved.

Jane Don't presents "Whale, Actually," a provocative and scandalous exploration of whales and their insidious stranglehold on popular culture. Have you ever marveled at the exquisite beauty of whales on an episode of Planet Earth? Do you know every line of Free Willy? Then you have fallen prey to one of the greatest cover-ups in modern history: the popularization of enormous (potential) killing machines. "Whale, Actually" illuminates the dark corners of whales' vast propaganda effort and will definitely prove that Willy NEVER should've been freed. 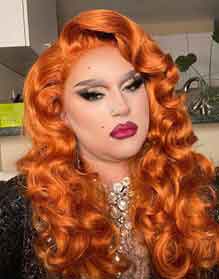 Jane Don't is a world-famous underground superstar and Professor Emeritus at Don't Tea Tea Technical Institute, a for-profit online college started by Dr. Don't and run out of her studio apartment. Dr. Don't received her undergraduate degree in comparative playlist-making from the University of Mind Your Business, Denise!!!! and wrote her doctoral thesis on the socio-economic effects of having TOO perfect an ass. Dr. Don't resides in the big city baybeeee, where she performs, goes dancing at all the hottest clubs, has cocktails with the girls and uh, grades papers or whatever it is nerds do (not kiss people? lol). She is a Libra with a Pythagorean moon and her favorite color is vodka. 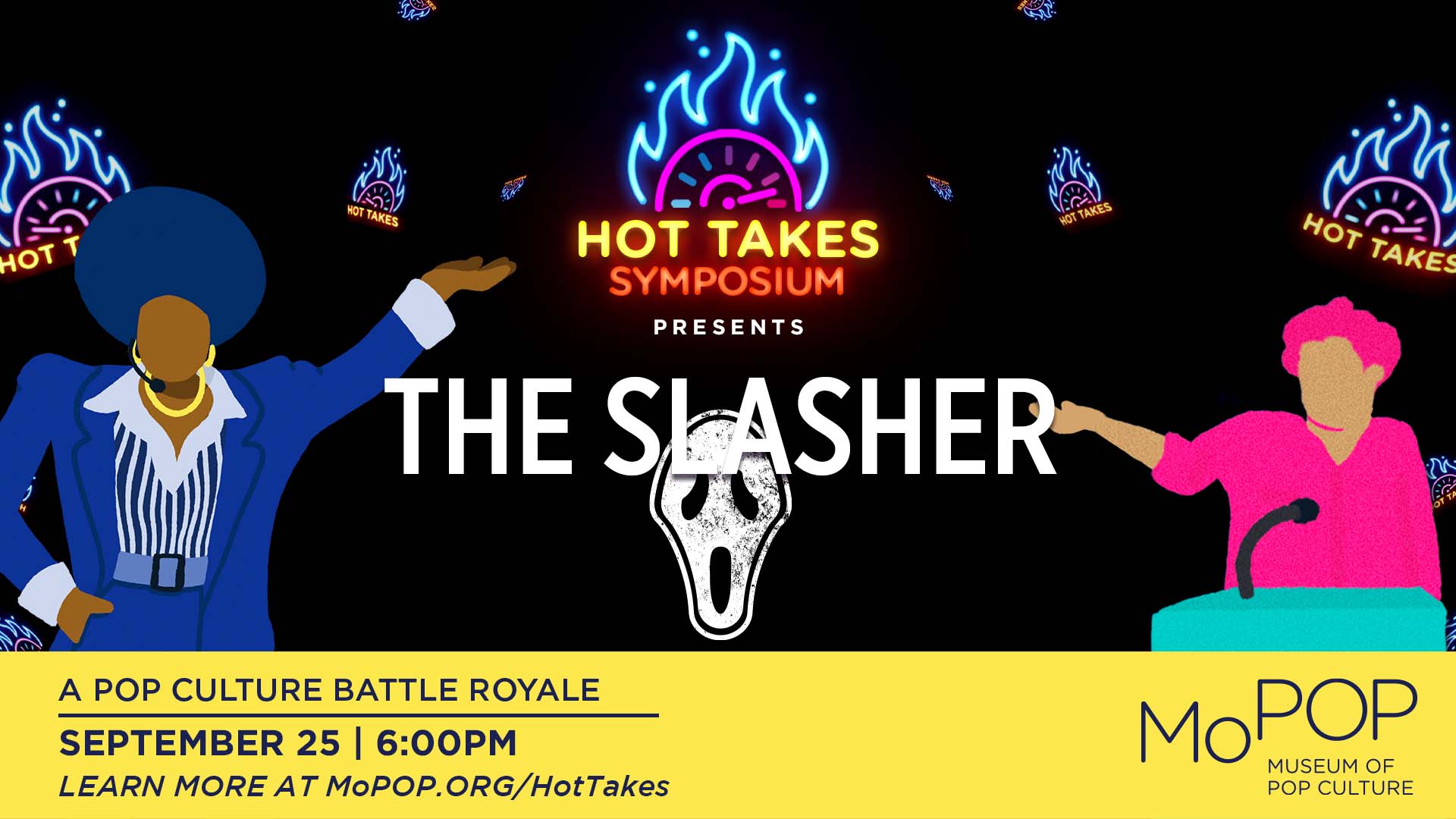 PowerPoint Party: I Will Survive? Survival of the Kasi

MoPOPs Public Engagement Producer Kasi Gaarenstroom will be taking a look at some of her favorite slasher films and pondering how she would fare in them. Would she survive a night with Freddy Kreuger? What about camp at Crystal Lake? Tune in to find out if she’s "Final Girl" or "First Kill" material. 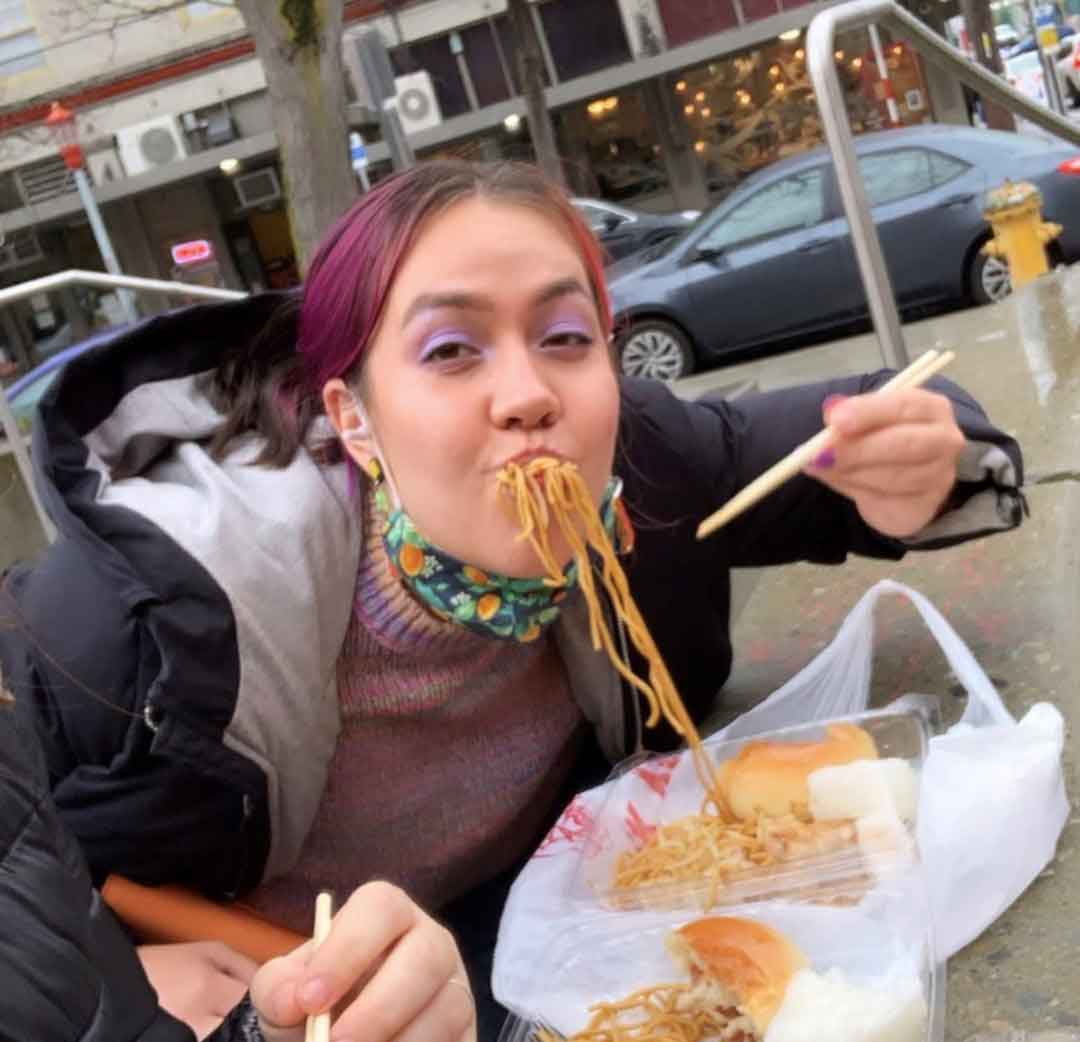 Praised for her encyclopedic knowledge of Vines, Kasi Gaarenstroom is a scholar of all things internet niche. Self-described as an ‘older Gen-Z', and in order to further herself from the reality that she might be a millennial, she is currently a devout student of TikTok. Though, her true passion is the study of the Brennaissance, colloquially known as the resurgence of action hero and heartthrob, Brendan Fraser. You can find her doing research on The Mummy (1999) and other Fraser classics. She hopes to complete her book “The Rise and also the Rise of Brendan Fraser” in the next 10 years. 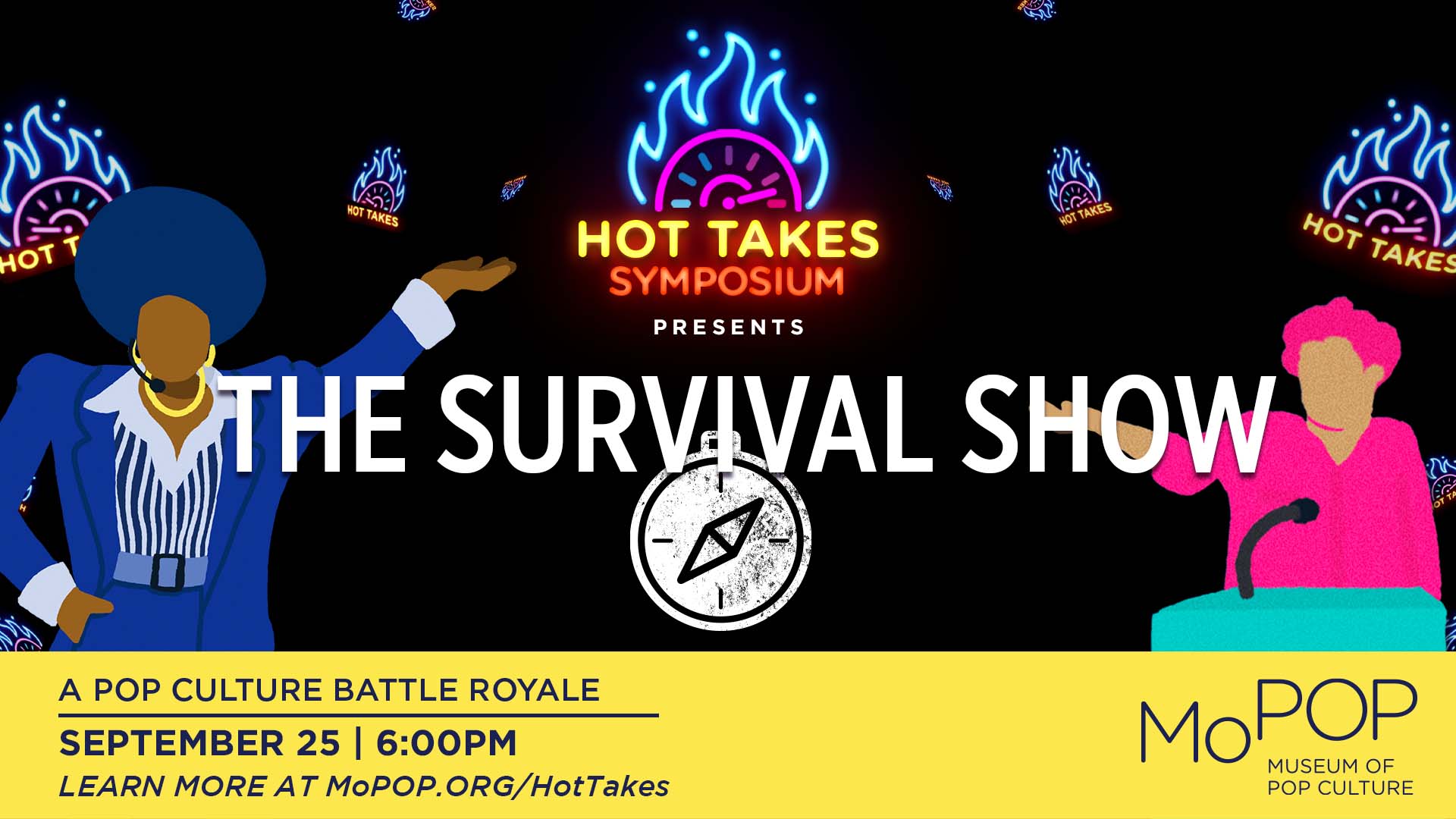 Which survival reality show better preps its winner for survival? Hosted by Andrew Orvedahl, Eliza Skinner, Troy Walker, and Janine Brito, we’ll be putting the rigor of reality TV shows Alone and Survivor to the test to see which one produces survivalists, and which one leaves contestants without a paddle.

Eliza Skinner has a double doctorate in Couch Potato methodology. She's a comedian, the head write of Earth To Ned, and she's won an Emmy, making her perhaps the only person here qualified to cast judgement on TV shows. 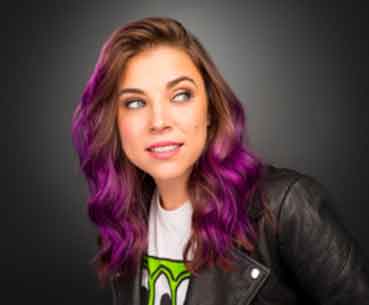 Janine Brito is a tenured professor of TVology as well as a television writer and comedian who has performed on Late Night with Seth Myers. 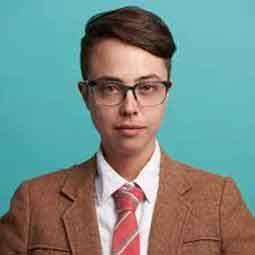 Troy Walker is a television and video game sommelier with over 20 years experience. He's also a television writer, comedian, and actor who has appeared on Comedy Central's Corporate. 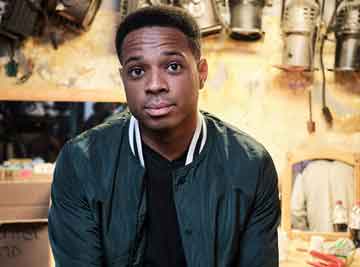 Andrew Orvedahl is an adjunct professor of Binge Watching, and the author of: Screen Time-- Why Your Kids Aren't Getting Nearly Enough. He's also a writer, actor and comedian who has appeared on The Tonight Show. 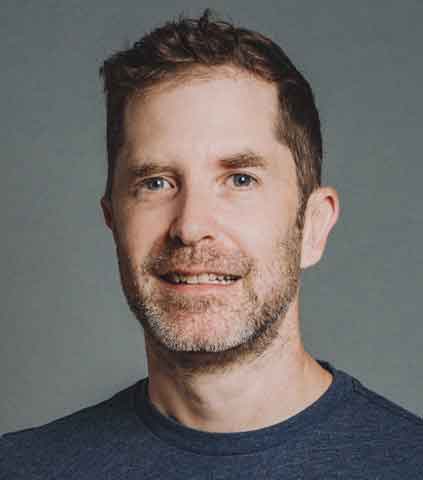