It's Coming From Inside the House! - Watch 'American Psycho' (2000) With MoPOP + Special Guest Evan J. Peterson

The Museum of Pop Culture's monthly horror watchalong film series is back in September and we’ve invited horror author, critic, and game writer Evan J. Peterson to pick a film they feel deserves a place on our list of 100+ Horror Films to See Before You Die. Evan chose American Psycho (2000), director Mary Harron’s take on Bret Easton Ellis’ novel of the same name — a skewering satire about masculinity and capitalism given fresh new perspective in its feminist director’s adaptation. You’ll never listen to Huey Lewis and the News the same way again.

Here’s a handful of program elements that you can expect to see Friday, September 17:

As with all of our virtual events, you'll need to register in advance to attend. This program uses a pay-what-you-can ticket model — every little bit helps! All proceeds contribute to MoPOP programming, along with the preservation of our collection and our educational initiatives, all of which support our mission of making creative expression a life-changing force.

After registration, instructions on how to join the program will be e-mailed to you. If you happen to own a copy of the film or are able to rent a physical copy from your local video store, make sure to get it queued up at 7 p.m. PT on Friday, September 17. Otherwise, here's where you can find American Psycho (2000) online: 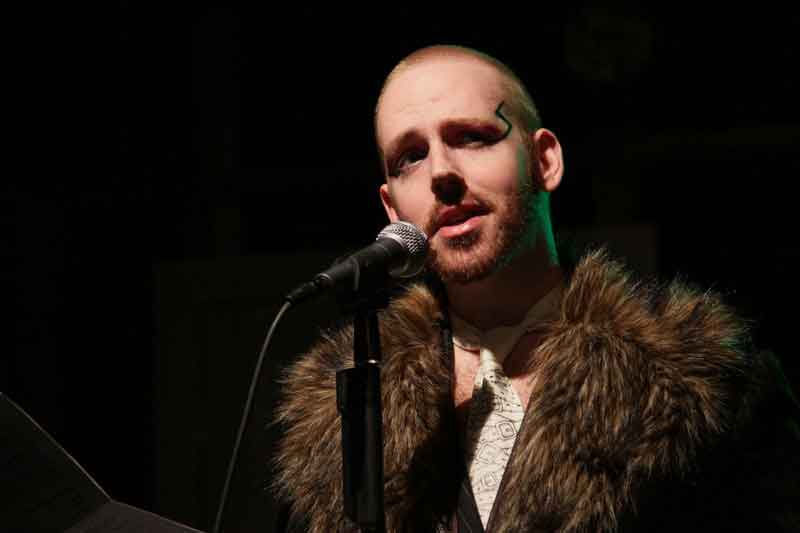 Evan J. Peterson is the creator of Drag Star! (Choice of Games), the world’s first drag performer RPG (currently featured in MoPOP’s Indie Game Revolution exhibition), as well as The PrEP Diaries: A Safe(r) Sex Memoir. An author, critic, game writer, and Clarion West alum, his writing has appeared in Weird Tales, Unspeakable Horror 2, Queers Destroy Horror, Nightmare Magazine, and Best Gay Stories 2015. His serialized novel Better Living Through Alchemy is currently releasing digitally, chapter by chapter, from Broken Eye Books, and his first full-length poetry book, METAFLESH: Poems in the Voice(s) of the Monster, is due this summer from ARUS Entertainment. Evan was the founding producer and host of the SHRIEK: Women of Horror series in Seattle. EvanJPeterson.com can tell you more!