"A Candle for Kurt" Photograph by L.E. Hertel Added to 'Nirvana: Taking Punk to the Masses' Exhibition at MoPOP

Now on display inside Nirvana: Taking Punk to the Masses at the Museum of Pop Culture, MoPOP visitors will find a never-before-exhibited photograph by local photographer L.E. Hertel titled "A Candle for Kurt," taken by Hertel on April 10, 1994 at a Seattle Center memorial service for Kurt Cobain shortly following the Nirvana frontman's passing. 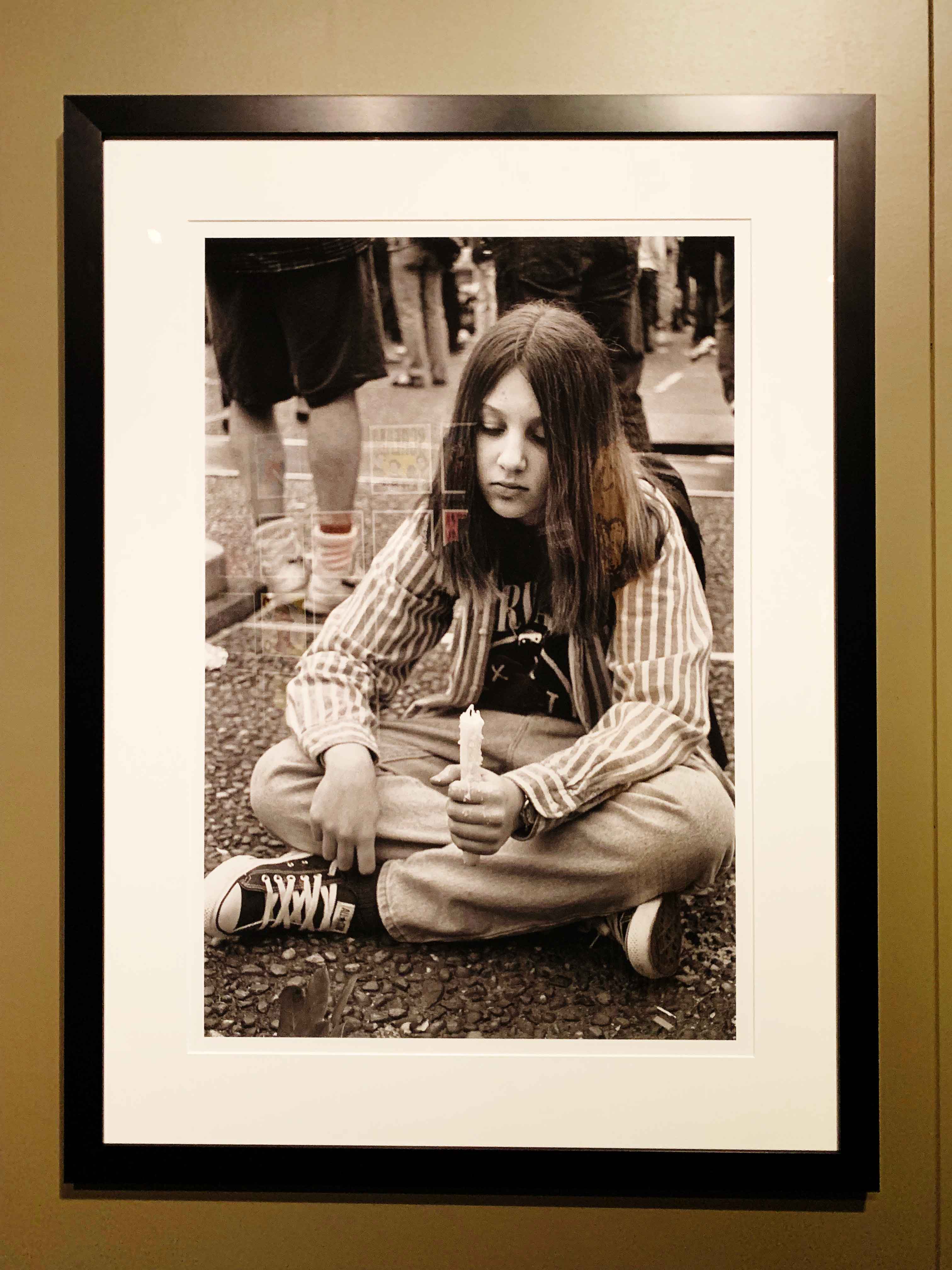 "We were a generation searching for a voice," says Hertel, a dedicated photographer of the 1990s grunge scene in Seattle who captured many iconic performances and moments in music history. "We found it in a poet who put our frustration and our humor into words, while he played both anger and joy on his guitar. We still listen. And we still remember that time and that music, which, in a moment, changed our lives and our world forever."

The omnipresence of grunge in the early 1990s meant that money was flowing into the underground network, creating opportunities where there were once none for many bands and labels. Popular success transformed the scene further away from its Do-It-Yourself roots and toward a corporate business model, with the inherent downsides of commerce-over-creativity.

By the mid-1990s, a grunge hangover set in, the hype died down, and new scenes rose to prominence. Regardless, the health of independent music throughout the United States and the Pacific Northwest has been indelibly changed: music now matters, not just to the hipsters in the know, but to everybody. It has become part of our communal fabric, and music has continued to flourish. The underground has become the mainstream, and the mainstream will never be the same.

Plan a visit to MoPOP to see Hertel's work up close and to experience an intimate look at the history of Seattle luminaries, Nirvana.