'Magic: The Gathering' Cards Changed Out in 'Fantasy: Worlds of Myth and Magic' Exhibition at MoPOP

'Magic: The Gathering' cards on display in 'Fantasy: Worlds of Myth and Magic' exhibition at MoPOP (Courtesy: Wizards of the Coast LLC)

An update to the Museum of Pop Culture's Magic: The Gathering display recently took place inside Fantasy: Worlds of Myth and Magic, where visitors can now view the second of four Magic rotations that MoPOP has planned over a two-year period.

The display's "Art Over Time" theme remains in tact, with the Magic case continuing to highlight how card illustrations have evolved alongside the globally popular trading card game launched locally by Wizards of the Coast LLC in 1993.

Magic: The Gathering has seen more than 20,000 unique game pieces published with more than 120 expansions of the game printed in 11 different languages to millions of fans around the world. The very first cards were hand drawn by the game's creator, Richard Garfield, followed by cards featuring clip art and, eventually, leading to original artist illustrations. 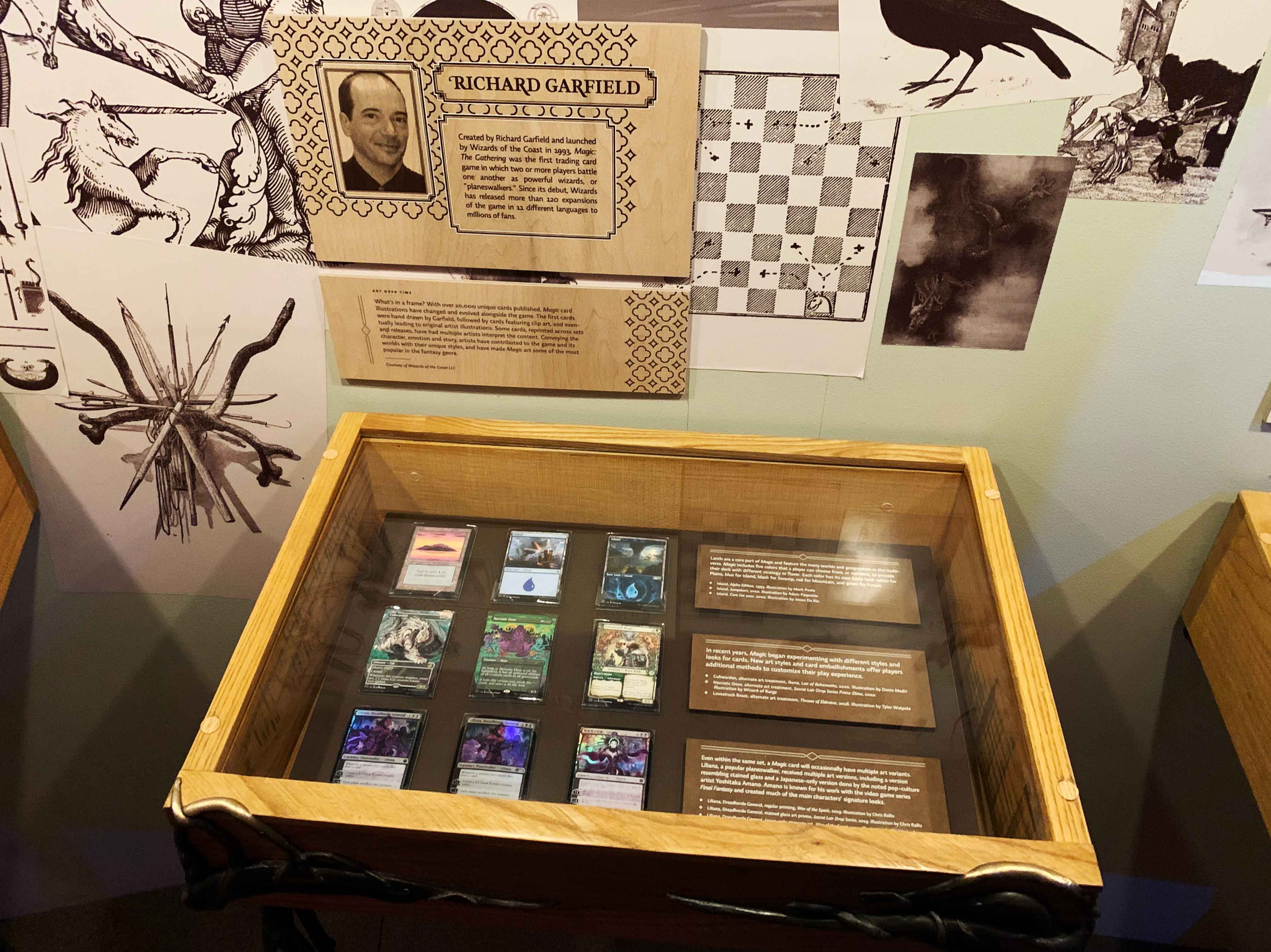 'Magic: The Gathering' cards on display in 'Fantasy: Worlds of Myth and Magic' exhibition at MoPOP (Courtesy: Wizards of the Coast LLC)

The most recent Magic swap inside MoPOP's Fantasy: Worlds of Myth and Magic exhibition offers a look at how different artists have interpreted the same content, with some cards, like basic lands – an essential component to most Magic gameplay – seeing print every year since the game's release. The display also showcases how Magic has started to experiment with different styles and looks for card frames and card treatments in recent years, allowing Magic players additional methods to customize their play experience. And finally, the case calls out that even within the same Magic set, the same card can have multiple art variants. In the game's War of the Spark expansion set, for example, Liliana, a popular planeswalker, received multiple art versions, including a Japanese-only version illustrated by noted pop culture artist Yoshitaka Amano, who's also worked with the Final Fantasy video game series and has created many of the main characters' signature looks.

Stop by MoPOP soon to see these recent Magic additions, and don't forget to swing through the art saloon room within Fantasy: Worlds of Myth and Magic for a look at even more iconic artwork from Magic: The Gathering.