Greetings, fellow pop culture aficionados, and welcome to week 31 of our I.C.Y.M.I. (In Case You Missed It) blog series. While we work toward our long-awaited public reopening Friday, September 18 and look forward to welcoming our members back for a soft opening September 12-15, we pause to recap a handful of trending tidbits from the past week(s) in popular culture, in case you missed them.

Last week, we led off by sharing a moving Chadwick Boseman tribute from Marvel Studios. This week, we begin with a look at the first official trailer for Dune (2020). Read on!

In our I.C.Y.M.I. space earlier this year, we put a focus on some of the first on-screen images from Dune (2020), a film from Denis Villeneuve based on the 1965 classic sci-fi novel by Frank Herbert, a member of MoPOP's Science Fiction and Fantasy Hall of Fame. This past week, Dune debuted its first official trailer, introducing many characters from the film's star-studded cast. The roughly 3-minute trailer, played over Pink Floyd's "Eclipse," highlights the story of teenager Paul Atreides (Timothée Chalamet) as his journey unfolds on the desert-planet Arrakis. Make sure to watch the trailer 'til the end for the epic sandworm shot, then check out the sandworm head from the 1984 Dune film that's in our collection! Dune is set to arrive in theaters on December 18, 2020. 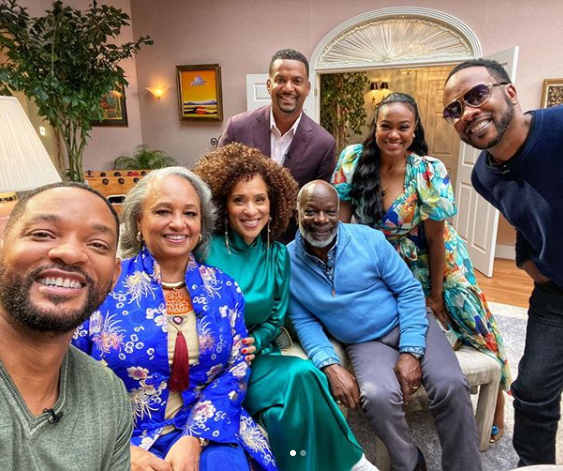 "Now, This Is A Story All About How..." - The Fresh Prince of Bel-Air Cast Reunites

This past Thursday, September 10, was the 30th anniversary of the popular '90s television show The Fresh Prince of Bel-Air. Will Smith, the comedy's star, shared an image to his Instagram account this week teasing a first look at the "Banks Family Reunion" coming soon to HBO Max. The special is due to air around Thanksgiving and HBO Max says it will feature "a funny and heartfelt night full of music, dancing, and more special surprise guests, in honor of the series that ran for six seasons and 148 episodes."