Unlike Nirvana's Kurt Cobain and Krist Novoselic who grew up in the Pacific Northwest, Dave Grohl found himself on the opposite coast. He was born in Ohio and then relocated to Virginia in an area on the outskirts of Washington, D.C. While Cobain and Novoselic were listening to various punk rock bands at the time (including good friends The Melvins), Grohl was finding his own punk rock influences like Black Flag, The Germs, Minor Threat, and Fugazi. In addition to punk rock, he was also into a genre of local music that was referred to as D.C. Hardcore.

One of the noticeable things about the members of Nirvana is their affinity for wearing comfortable and down to earth clothing, including DIY t-shirts. In particular, Dave Grohl owned a homemade t-shirt that had a very interesting graphic image on it (the image was designed by someone other than Grohl). Grohl added his own twist to the shirt by writing "HarD.C.ore" above the image to represent the local music scene he was into as a teenager. It's unknown when Grohl first wore the shirt, but it was worn during Nirvana's photoshoot for the In Utero album, which sadly turned out to be the band's final shoot. For those who want a closer look at the creation, the shirt can be seen in all its glory in the Nirvana: Taking Punk to the Masses exhibition at the Museum of Pop Culture. 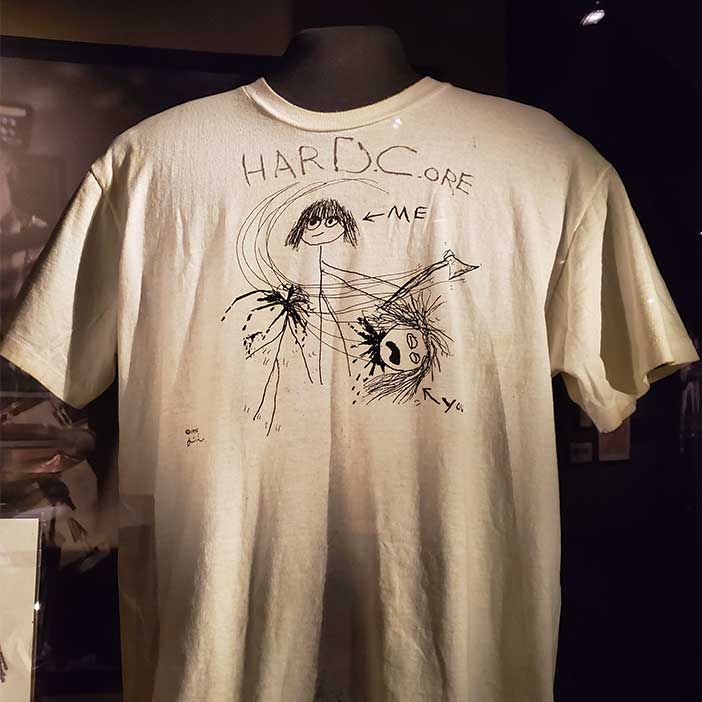