Explaining Gizmo From 'Gremlins' (1984) in 'Scared to Death: The Thrill of Horror Film'

There are a lot of spooky artifacts down in Scared to Death: The Thrill of Horror Film, but not even the most terrifying artifacts get as much attention as our Gizmo puppet from Gremlins (1984).

While it makes sense that people would be excited to see such a beloved character, there’s another reason why little Gizzy is the star of so many Instagrams. Well, just take a look: 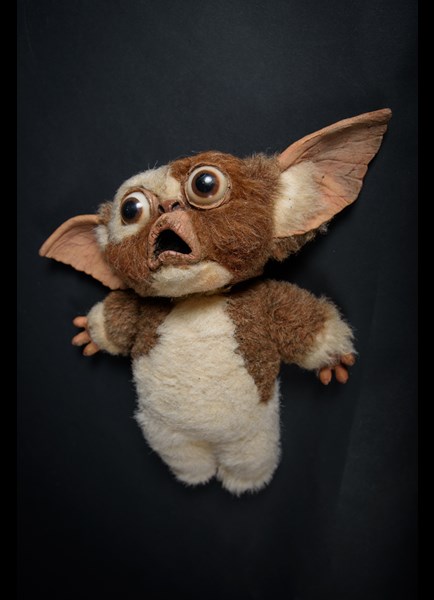 Here he is in a beauty shot 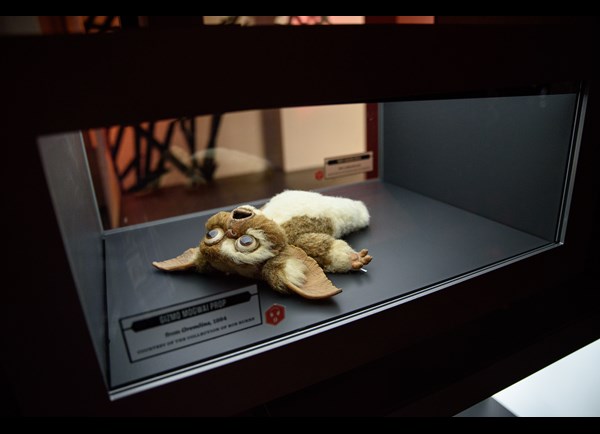 And here he is in the museum.

Although he’s as cuddly as ever, people have been noticing that he looks a little . . . shall we say “surprised?” 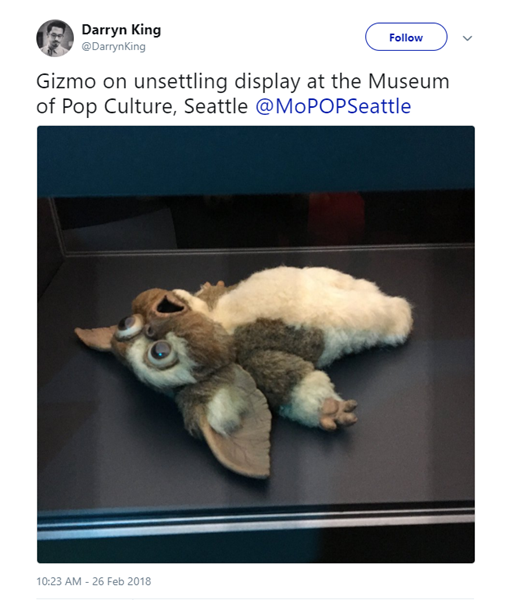 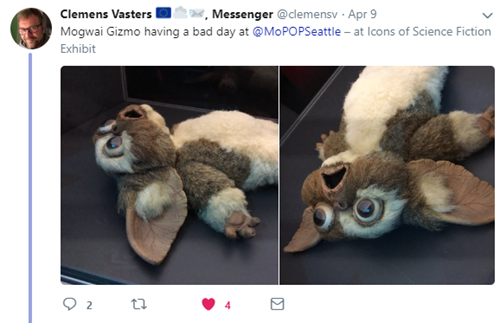 Poor Gizmo does look a little funny, doesn’t he? But the cool backstory behind is that this puppet was used during the sequence when Gizmo drives the toy car over the snow shovel near the end of the film. You can get a great look at our cuddly creature in this clip: