Joining us for our in-museum screening of Videodrome this weekend? Better brush up on your 80s horror.

Take a trip down memory lane with a movie marathon that lets you fully explore the decade's greatest films, one horror sub-genre at a time. This week's sub-genre? Slasher flicks.

The Plot: A man murders his family, takes on a new identity, and tries to regain control of his vision of a perfect family. His new stepdaughter throws a whole bag of wrenches into his machinations.

Why it’s Top 10: Divorce was framed as an epidemic in the 1980s, and The Stepfather brilliantly taps into the ethos of the time. There’s a lot to unpack here—from the wrath of dudes reeling from the feminist revolution of the 1970s and unable to maintain an outdated vision of the American family to the allegorical play on every stepchild’s favorite dark fantasy: that your step parent is a murderous slime ball that must be stopped at all costs. In regard to the second point, The Stepfather elicits lots of knowing nods from children of divorce. 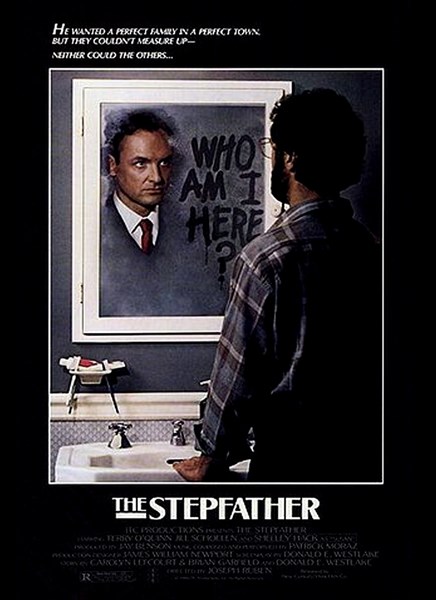 Children of the Corn

The Plot: A couple traveling through rural Nebraska stumble onto a town wherein the children have murdered the adults and seem to be following a squeaky-voiced, overzealous acolyte leading a corn-fed death cult.

Why it’s Top 10: There are fewer things more terrifying than a town full of murderous kids, and though Children of the Corn buckles under the supernatural hokiness of its third act, there’s no denying the visceral punch it packs in its first thirty minutes. The scene where the children attack the adults in a diner is brutal and is set in stark contrast to a bow-tied young man who popped in just to get a milkshake with his pops.

Best Casting Choice: It’s not her finest work (she spends much of the film tied up and in distress), but any film with 80s mega badass Linda Hamilton is elevated simply by her presence.

The Plot: Having survived what seemed like a fatal attack at the end of Friday the 13th III, Jason Voorhees heads back to Crystal Lake for another round of slashing up promiscuous teens. And in a franchise first, he finds a worthy foe in Tommy Jarvis, played by a young Corey Feldman.

Why it’s Top 10: Yes, Jason Voorhees died at the end of Friday the 13th Part III. That installment was meant to mark the end of the series, but the studio revived Jason for what they said would be one final chapter (it’s even in the title, silly!) of stalking and slaying promiscuous teens. What sets this film apart is its humor, its embrace of the strange (see our Best Dance Scene Below), and its truly epic death scenes.

Best Dance Scene: If you haven’t seen Crispin Glover’s beautiful dance scene, you have a new GIF-able clip to obsess over.

The Plot: A secret pact between a group of teenagers unravels as they are stalked through the corridors of a school hosting the titular annual dance.

Why it’s Top 10: Cementing Jamie Lee Curtis’ reign as “Scream Queen,” Prom Night presents a compelling mix of strong performances, questionable hairdos bouncing through extended dance scenes, and a killer soundtrack. The film’s finale pulls off the difficult trick of casting a sympathetic light on the killer. Won’t somebody please think of the killer!?

Best Soundtrack: A highly-sought after rarity among collectors, the disco-heavy soundtrack is full of sultry, propulsive dance floor burners. 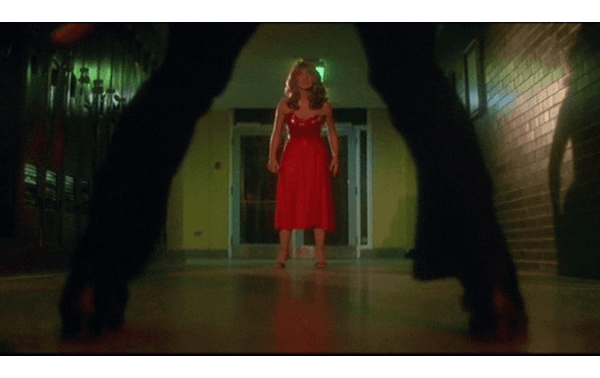 The Plot: People come from near and far to get a taste of Farmer Vincent’s meats. Farmer Vincent and his sister Ida also happen to run a roadside motel hosting a steady stream of highway-weary travelers. Their two business models intersect in the most terrifying way imaginable.

Why it’s Top 10: Western movie veteran Rory Calhoun plays the affable Farmer Vincent with such panache that it’s hard not to root for him and his sister as they populate their secret garden with fresh victims. Motel Hell succeeds at being both a straightforward slasher film about cannibals and a sinister-grinned parody of other genre fare like Last House on the Left and The Texas Chainsaw Massacre. 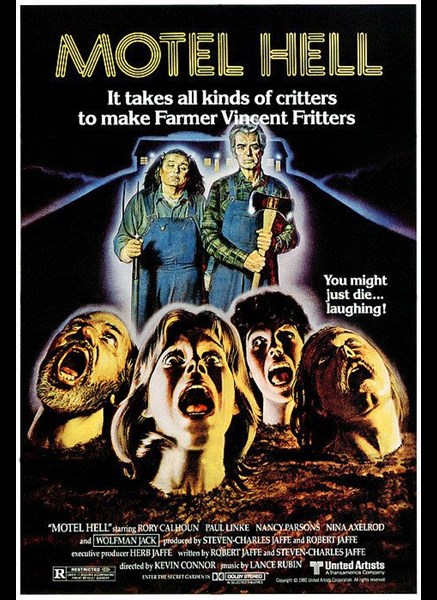 The Plot: As another example of a working class single mother who can’t win for trying, Child’s Play shares the story of a woman who, with the best of intentions, buys a doll for her son that is possessed by the soul of a serial killer. Whoops.

Why it’s Top 10: Practical effects peaked in the 80s before CGI became cheap enough for everyone to use, and Child’s Play deserves entry here because Chucky, the murderous doll, is brought to life with such twisted gusto by the film’s effects team that it’s hard not to get swept up in the action as Chucky (voiced by a scene-chomping Brad Dourif) tries to transfer his soul into the body of 6-year-old Andy.

Best Good Guy Doll Line: “Hi, my name’s Chucky, and I’ll be your friend til the end. Hidey-Ho!” 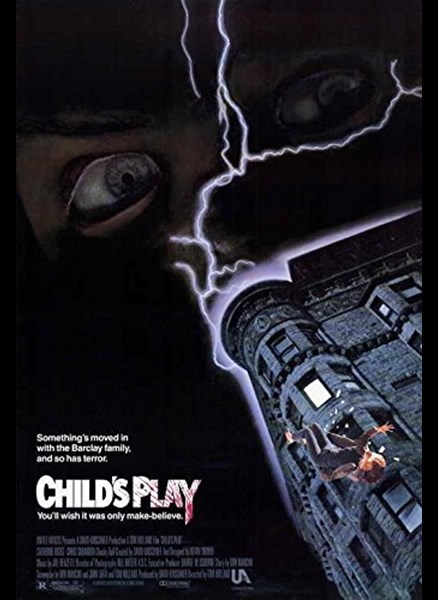 The Plot: Handsome perpetual boy-man C. Thomas Howell stars as Billy who is driving a delivery car from Chicago to San Diego. He has a run-in with a murderous hitchhiker who proceeds to terrorize him on a cross-country killing spree.

Why it’s Top 10: Shot in a lean, cinematic style across the southwest, the landscape serves as a stark backdrop for Billy as he frantically tries to outpace the hitcher who frames him for his killings and clear his name with the pursuing authorities. Rutger Hauer turns the Rutger Hauer up to 11 for this role, and he practically shimmers with a casual, evil intensity.

Best Use of French Fries as a Prop: There’s a scene in which Billy tries to regain his composure in a roadside diner by ruminating over a burger with fries and gives a direct take on the concept of finger food.

The Plot: On the anniversary of a tragic Valentine’s Day dance, a group of local miners attempt to reboot the annual party, but someone who isn’t thrilled about its connection to a mining explosion voices their opinion by killing off partygoers and other townsfolk.

Why it’s Top 10: Harry Warden is an underrated slasher icon and provided the genre with some incredibly inventive, gory kills. Head impaled on a shower pipe? Check. Death by nail gun to the head? Check. Boiled alive in a pot full of wieners? Check! Sprinkle those kills throughout the dark, dank confines of a mine complex meted out by spry killer in miner’s garb and a full-face mask and you’ve got a simple but effective slasher gem.

Best Death Scene: In a film full of crazy death scenes, the most surprising and eye-popping has to be the old bartender who sets up a practical joke involving a pickaxe and ends up getting it through the throat. This scene was so gory it was cut from the original film but restored in a 2009 DVD release. 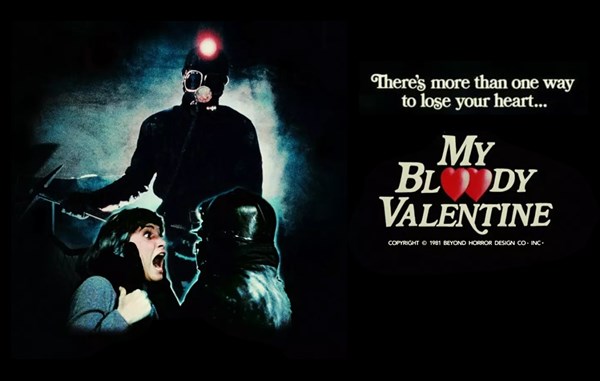 The Plot: The sole survivor of an accident that kills her family, shy young Angela arrives at summer camp with her cousin and struggles to gain acceptance as an introvert. A cautionary tale for bullies unfolds as mean-spirited campers and counselors get their comeuppance.

Why it’s Top 10: By the time the 80s rolled around, the slasher subgenre had nestled in to a pretty comfortable little groove. The 80s saw a boom of films, and the as the tropes firmly entrenched themselves, the focus shifted toward an arms-race like competition to establish which filmmakers could dream up the craziest death scenes. An appreciation of gore has its place, and while there are certainly some good deaths in Sleepaway Camp, it’s a bonafide classic because the plot twist revealed at the end is truly shattering and begs repeat viewing to pick apart the intricacies of the characters.

Best Camp Counselor Outfit: The gold standard of mean girls, camp counselor Judy rocked a side pony, high waisted jean shorts, and a pink t-shirt with her own name emblazoned across the chest. 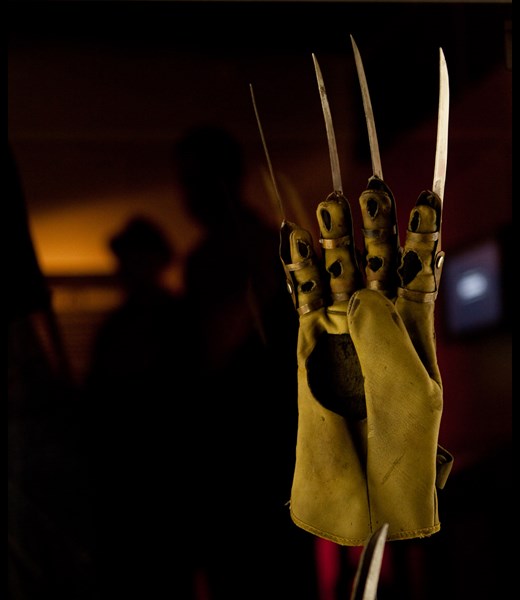 A Nightmare on Elm Street

The Plot: A group of high school friends, who are increasingly disturbed by nightmares that share a common theme, unravel a deeper secret about their parents as their dreams start to bleed into reality.

Why it’s Top 10: A Nightmare on Elm Street is the reigning champion for a reason. Though its sleek and creepy on the surface and serves as the genesis chapter for one of horror’s most enduring icons, the film mines deeper teen fears by casting the adults as bumbling villains in their own right, indifferent to the pleading cries of their children and practically pushing them into harm’s way. Given the ubiquity of Freddy’s visage over the years, the original film is full of terrifying visual elements that serve as a reminder of just how frightening it was when it was released in 1985.

Best Lullaby Created for a Horror Movie: Everybody sing along! “One Two, Freddy’s comin for you…”

You can see Freddy's glove, hat, and sweater on display in Scared to Death: The Thrill of Horror Film.

Want more horror fun? Check out the rest of our 31 Days of Horror articles.

Robert Rutherford is the Manager of Public Engagement at MoPOP who loves Free To Be You And Me and Hellraiser in equal measure.