Brad Dourif has acted in some of the biggest genre films of the past 30 years. Lord of the Rings? Check. Halloween remake? You bet. He’s no stranger to the small screen either with memorable roles on shows like The X-Files and Star Trek.

But, it’s his voice acting as possessed doll Chucky from the Child’s Play franchise that will always hold a special place in my heart. Without that manic laugh the character wouldn’t have been half as memorable—or creepy.

In honor of Mr. Dourif’s 68th birthday here some of slasher stats on the baddest doll of all, which can be found in Scared to Death: The Thrill of Horror Film. 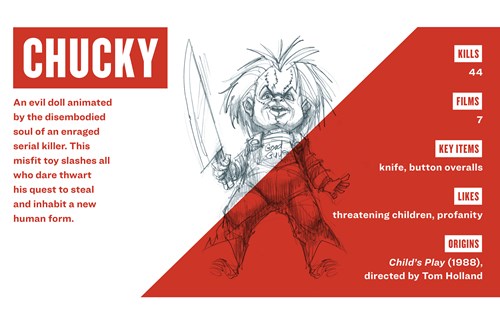