Robin Hobb readers, rejoice! Materials from the American writer are now on display inside the Museum of Pop Culture's Fantasy: Worlds of Myth and Magic exhibition.

Hobb, who also writes as Megan Lindholm, has built a passionate, international readership around her epic fantasy worlds. Her work stands out for its inclusive spectrum of gender expression and varied, complicated relationships. Light wit laces her writing along with insightful observations of human nature. The majority of her work takes place in a fantasy world known as the Realms of the Elderlings. 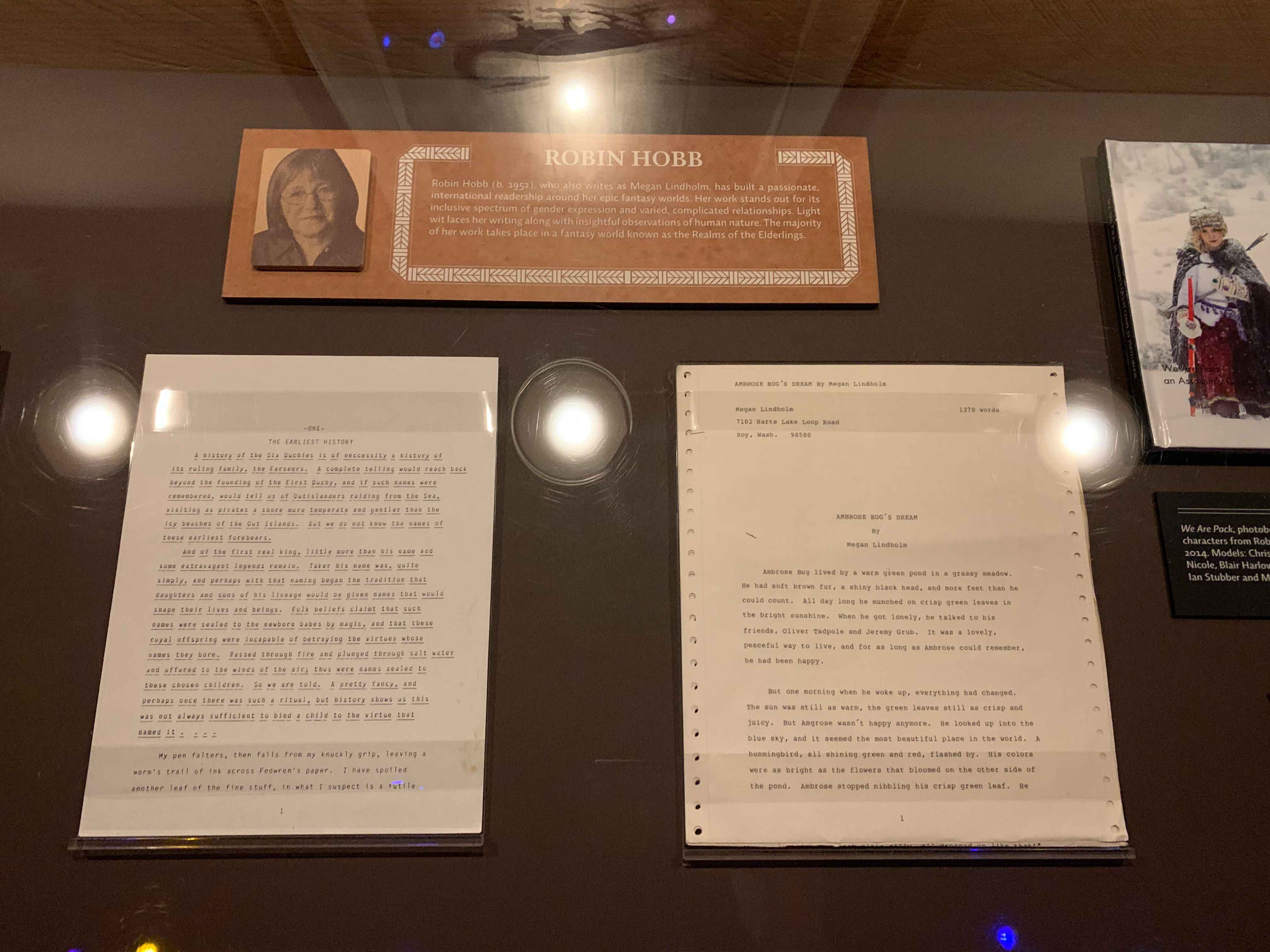 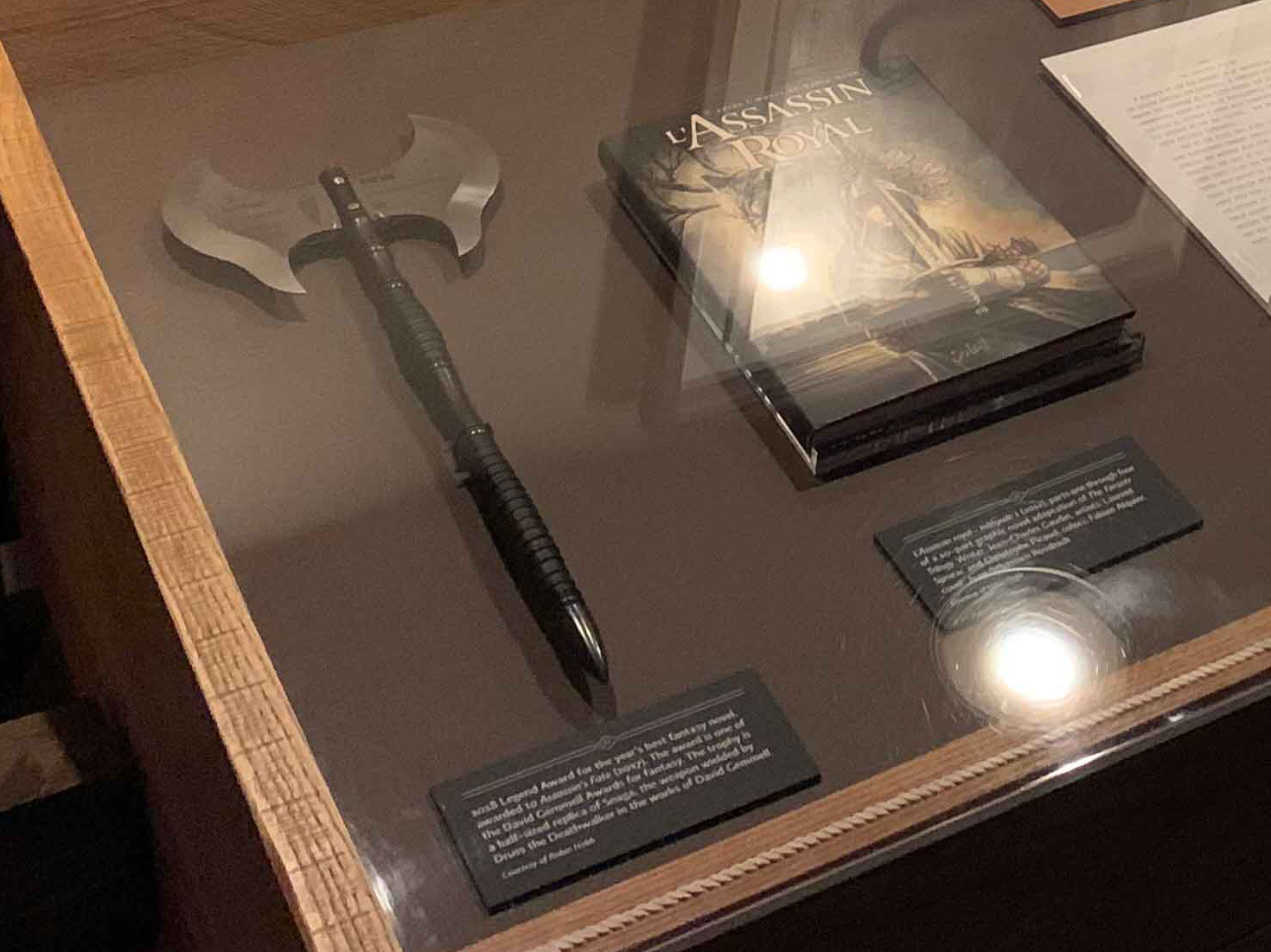 Also included within the exhibition is the 2018 Legend Award for the year's best fantasy novel, awarded to Assassin's Fate (2017). One of the David Gemmell Awards for fantasy, the trophy is a half-sized replica of Snaga, a weapon wielded by Druss the Deathwalker in the works of David Gemmell (courtesy of Robin Hobb). 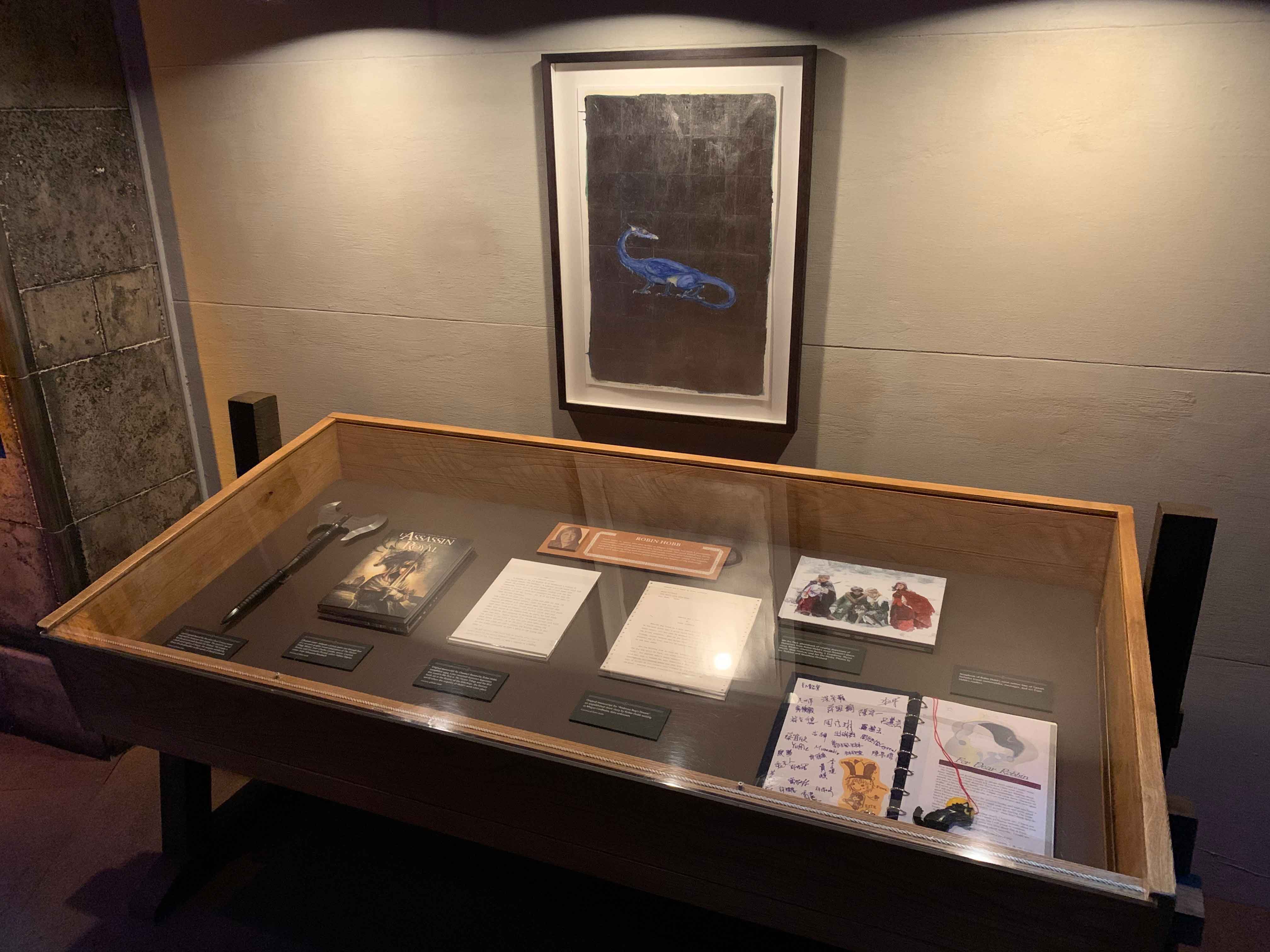 And if you look a little closer, you'll also see a scrapbook of Robin Hobb's 2006 author tour of Taiwan, which includes travel memorabilia, messages, and art from Hobb's readers, plus We Are Pack, a photobook of cosplay depictions of characters from Robin Hobb's 2014 novel Assassin's Quest.