On March 20, 2021, the Museum of Pop Culture in partnership with SIFF presents the 16th annual Science Fiction + Fantasy Short Film Festival (SFFSFF). This celebration of artistic excellence brings together cinema enthusiasts, filmmakers, and artists for a showcase of illuminating and unconventional films. Admitted films are judged by a nationally recognized jury comprised of luminaries in the fields of science fiction, fantasy, and horror. The festival brings together industry professionals and genre experts to encourage and support new, creative additions to science fiction, fantasy, and horror cinematic arts.

All the short films and exclusive live Q&As with the filmmakers will be made available during a livestream event on the SIFF Channel—SIFF's new streaming portal at watch.siff.net. This year's edition will also include seven youth track films, plus a Q+A with the filmmakers and an intro by MoPOP's Youth Advisory Board.

Below, take a look at the SFFSFF schedule set for March 20. If you miss the live event, buying a ticket will also give you access to view the full festival program on demand the following week, from March 21-26.

Now, on to this year's films! Check them out below and we looking forward to seeing you online with SIFF later this month! 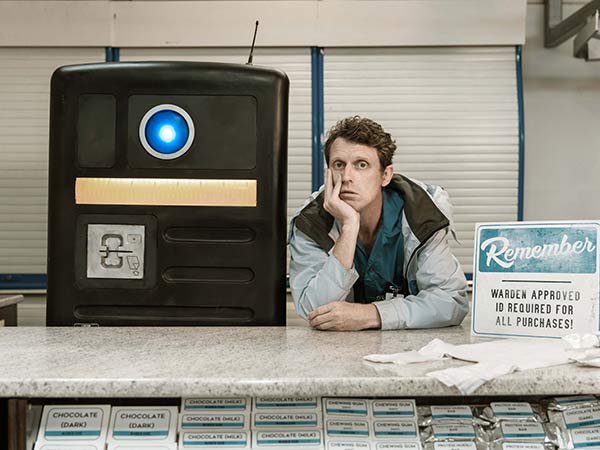 Every day, George works his job at a dingy convenience store, desperately hoping for a friend – but George is also an immobile robotic service unit, and immobile robotic service units do not have friends. When human customer Sid tries to tell George a joke, the simple robot is baffled. So, he sets about editing his code to learn how to laugh. Meddling with one’s code however, can have unexpected consequences – consequences George is going to need Sid’s help to deal with. A film about friendship, being okay with being broken, and the inner life of Unit CB-94/X0172AB3982-2. Please do not tamper with the store attendant. Have a nice day. 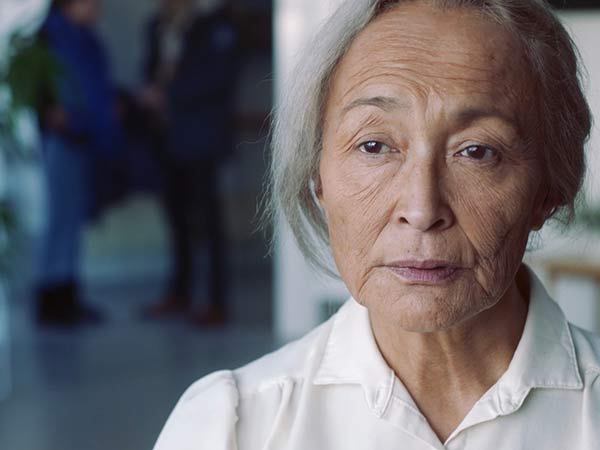 Anna’s son, Miilu, is discussing with his fiancé if Anna should attend their wedding or not. Anna suffers from hallucinatory dementia bus is already a user of e-Na, a helping equipment for people with dementia and their relatives.

An update will enable them to help her better when frightening hallucinations occur and will make it possible to have her at their wedding. 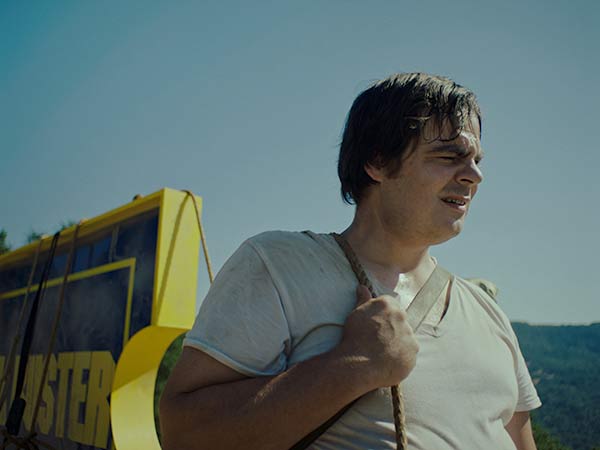 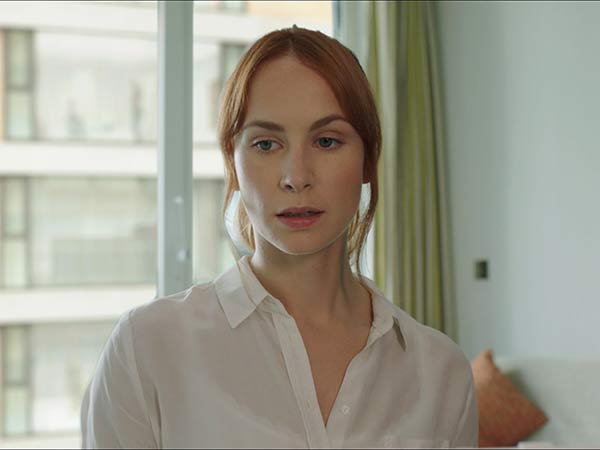 It's Not Safe Outside

As the air has become unbreathable, humanity has learned to adapt and reorganise itself, living in isolation. Carla rarely leaves her apartment just like anyone else. The unbroken cycle of sleep, eat, work is taking its toll. Then one day a young couple moves into the apartment in the building opposite. Carla's life is about to change. 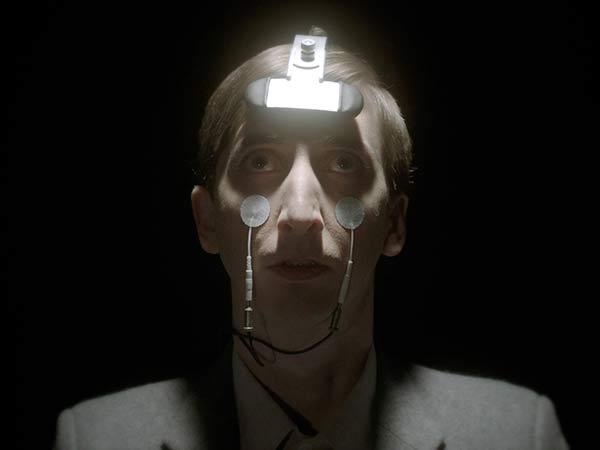 Ivan has tested positive for perfection, but sadly in this world it’s illegal and the law states he must attend a private clinic to be made imperfect. 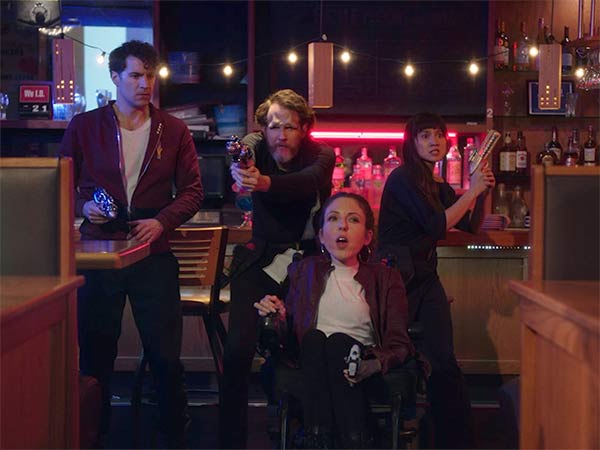 Reunions can be tough. In an unsuccessful attempt to save his marriage, Miles (MatthewDeCapua) gave up his fandom—Infinite Voyage—and his convention-going, cosplaying, super-fan friends: Bradford (Brian McCarthy), Delilah (Criena House), and Anita (ShannonDeVido). Now, reeling from his divorce, Miles arrives unannounced at the annual Sci Fi Con and attempts to win back his old friends with VIP tickets to the sold-out Infinite Voyage Bridge Experience (an actual set from seasons 2 through 5!). While Bradford and Delilah are willing to forgive and forget, Anita is having none of it. After all, you can’t buy friendship. But before they can go their separate ways, cosplayer Lord Moro (Mackenzie Astin) “ambushes” the crew, forcing them to reunite in an epic, cosplay “blaster” battle that takes over the hotel bar and restaurant. Fun and fantasy win the day as Bradford, Delilah, Anita, and Miles come together again in their shared love of cosplay, conventions, and “the greatest science-fiction franchise of all time,” Infinite Voyage. 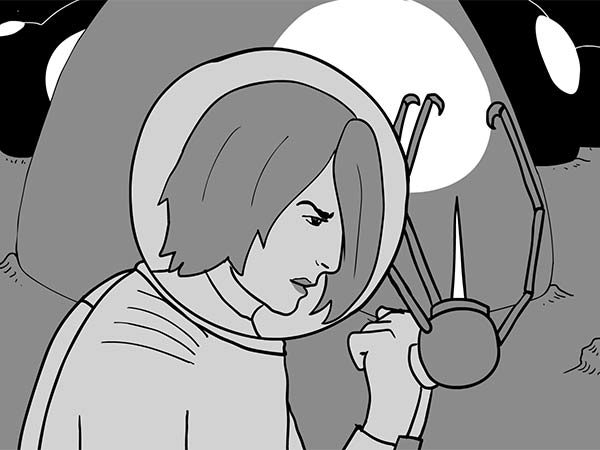 When doctor FOX crashes into an oxygen-free and hostile planet, she has to survive with one oxygen tank. On this planet live BOBTORS. These are small creatures with an organic and luminous bubble around their bodies. Will Fox steal the oxygen and life of the Bobtors in order to survive or will she sacrifice herself? 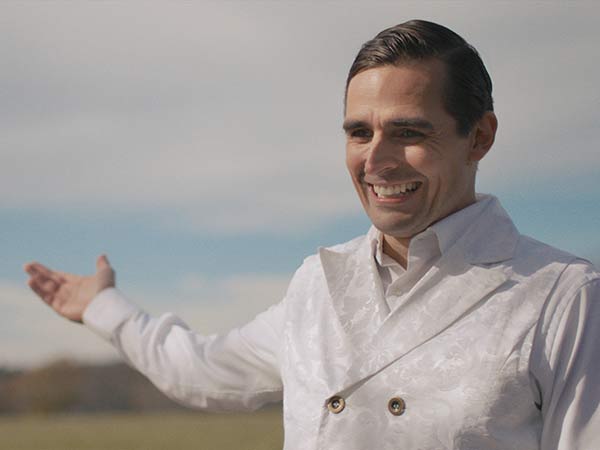 An idyllic picnic of one is upended after the arrival of a stranger. 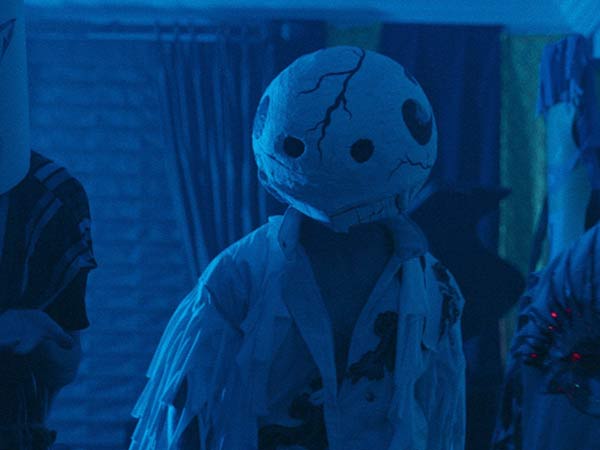 Logan Lee & the Rise of the Purple Dawn

Turntablist Logan Lee is in love with his best friend, Beatrice Pan, and tonight, she's throwing a party! That means DJ Logan's Fun is in the HOUSE! Now if only he wasn't so nervous. But not to fear, Auntie Bobbie is here with some of the rarest weed she's ever laid lungs on. Unfortunately, Logan soon discovers there's much more to this strain than its soothing effects. 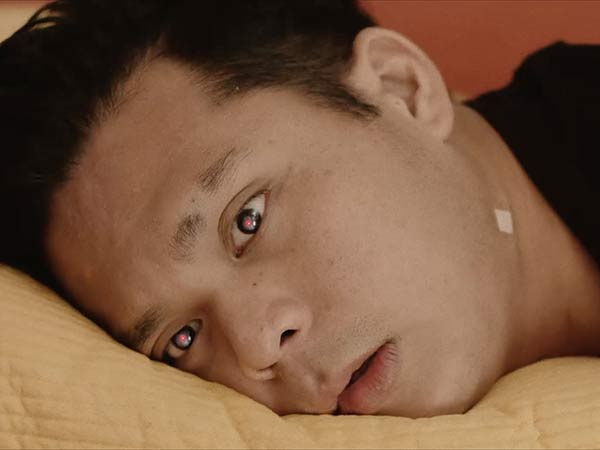 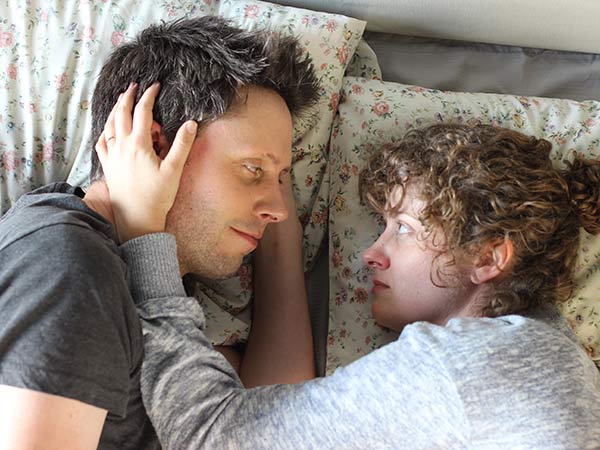 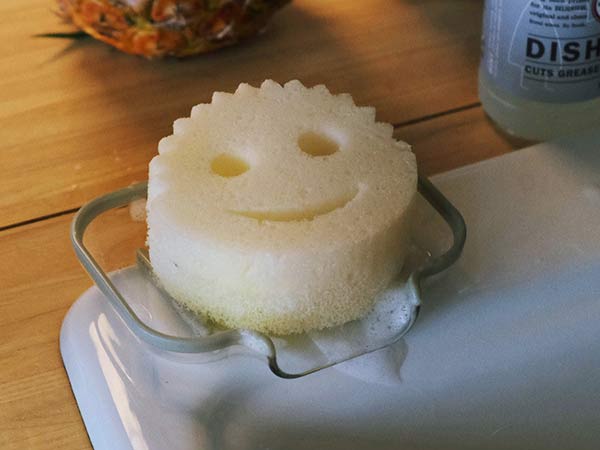 A mysterious package offers a woman a reprieve from her melancholy, only its results are more permanent and pervasive than she realizes. 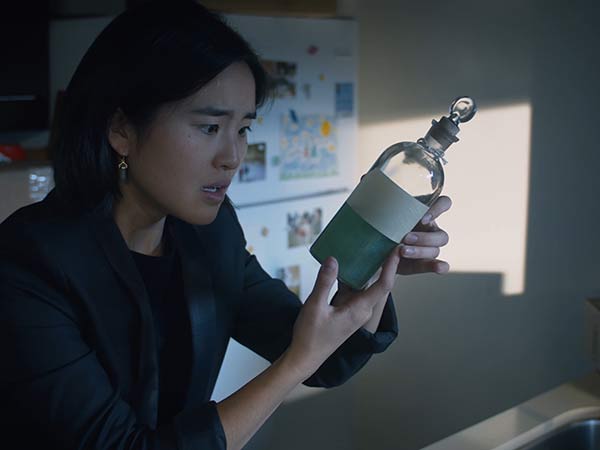 A Cure for All Things

Jiawei finds a vial while cleaning out her late mother’s fridge, transforming her into their ancestors and descendants. Ma worries she made a mistake uprooting their lives and leaving everything behind. Mother and daughter cross paths through time to find answers in each other. A Cure for All Things is a story of what we leave out and what we leave behind. 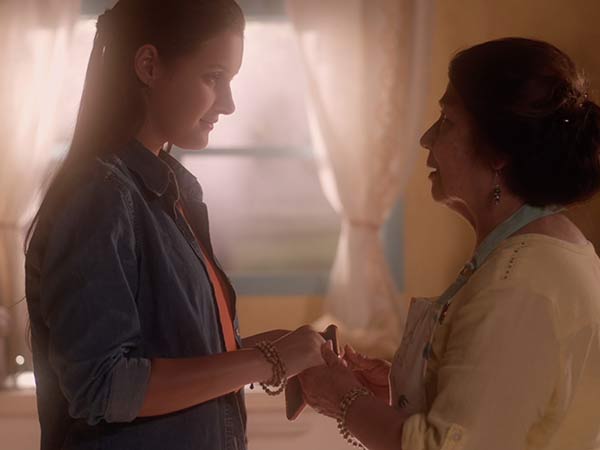 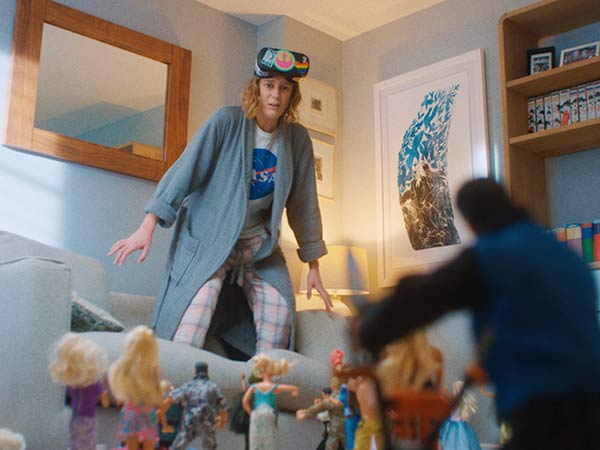 Mel makes the most of her free house by getting down to some serious gaming, but is interrupted by her children’s toys when they decide they aren’t getting enough attention. However, she quickly realizes they’re not quite so fun to play with... 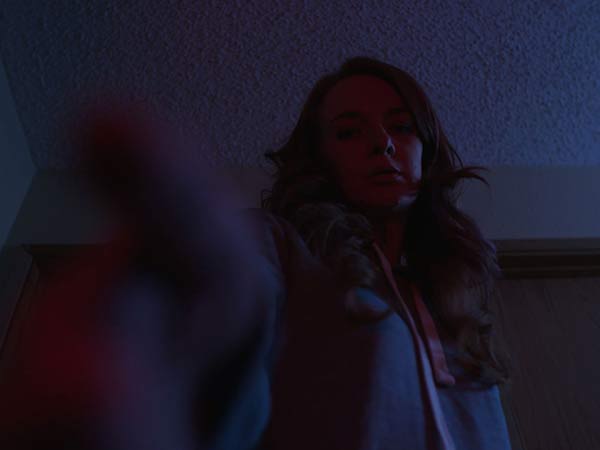 While visiting from out of town, Brooklyn learns before settling down for the night that she has been condemned to the sleepless agony that is crashing on a friend’s couch for a week. Pressing the issue, her friend Sadie explains that the couch is the only available option as the spare bedroom is haunted by the spirit of a cannibalistic pioneer girl who will surely kill and eat Brooklyn if she dares to spend a single night in the third bedroom. 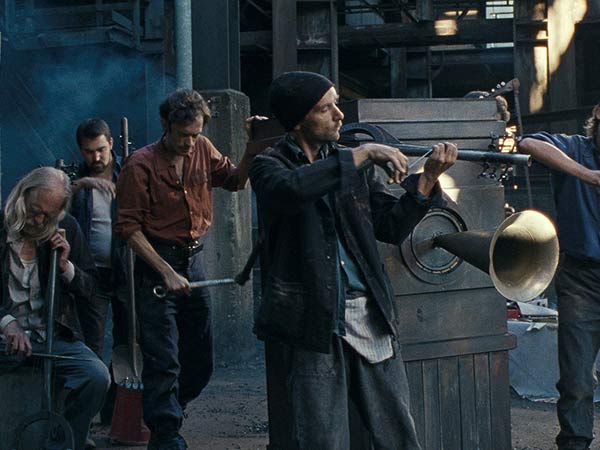 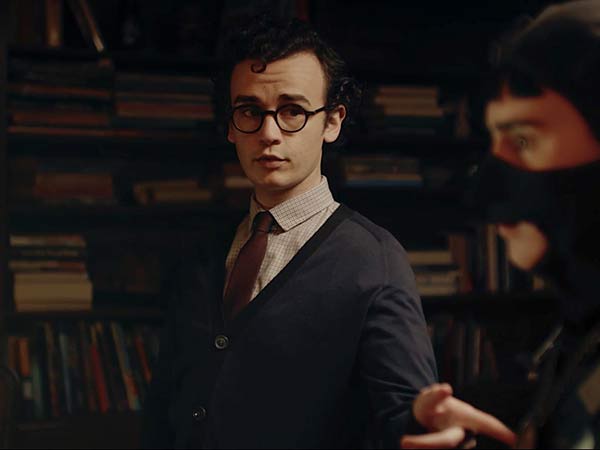 "The Other Wayne" is a short comedy about two brothers grappling with a serious subject: Grief. Years ago, Bruce Wayne had a brother who helped him create his iconic crime fighting suit. But why has no one ever heard of this brother? What happened to the other Wayne? 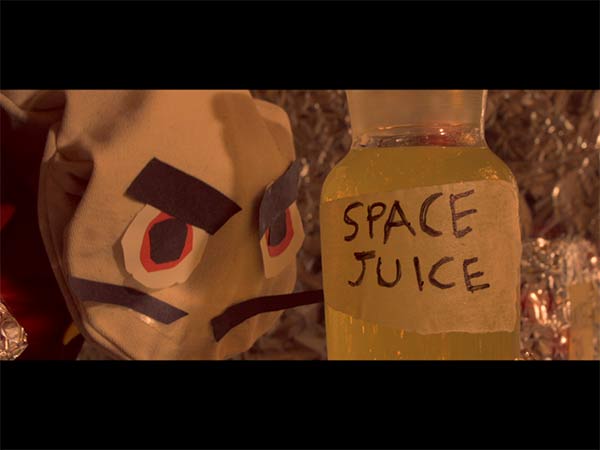 The Adventures of Nebulon Lazerbeam

In the space epic “The Adventures of Nebulon Lazerbeam,” a mustache twirling villain wreaks havoc and steals an object of extreme power, threatening the galaxy as we know it. Nebulon Lazerbeam and his mentor are called into action to stop this sinister nemesis from taking over the solar system. But at what cost? 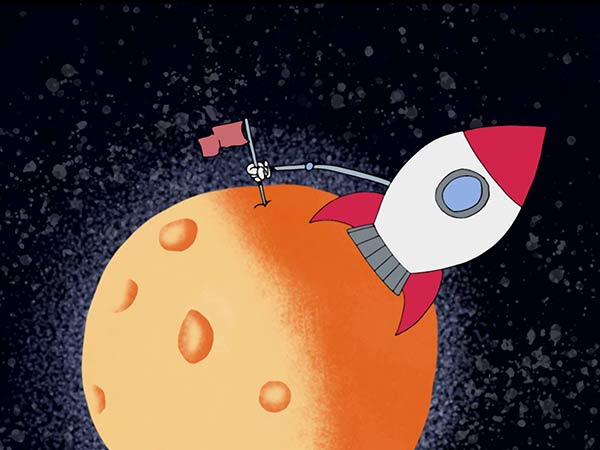 Holidays Amongst The Stars

During a time of great technological advancements in space travel, an average mid-century nuclear family takes part in advertising the largest holiday resort ever created; a recently colonised alien planet. Welcome to Holiday Amongst the Stars; put your feet up, grab a complimentary drink and pay no attention to the large group of angry locals marching towards you... 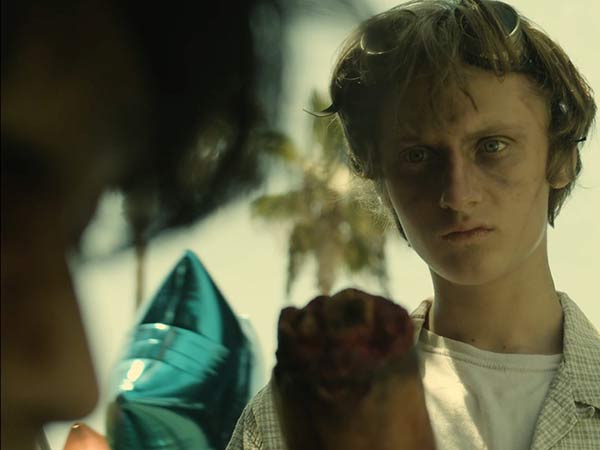 A delirious young boy, who believes he has brought his best friend back from the dead, struggles with accepting life for how it is. 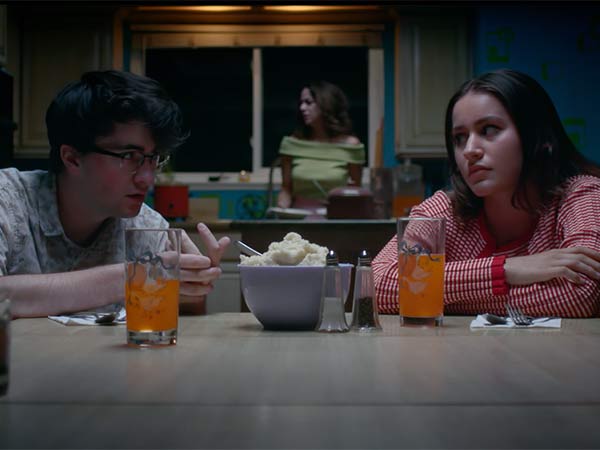 Told from the perspective of AI trapped in a strange futuristic board game, a family is thrust into chaos when a protective mother, desperate to keep her turn in the game a secret, is forced to commit a heinous act to hide a troubling, family-shattering secret - all while her two children grow suspicious of her strange behavior. 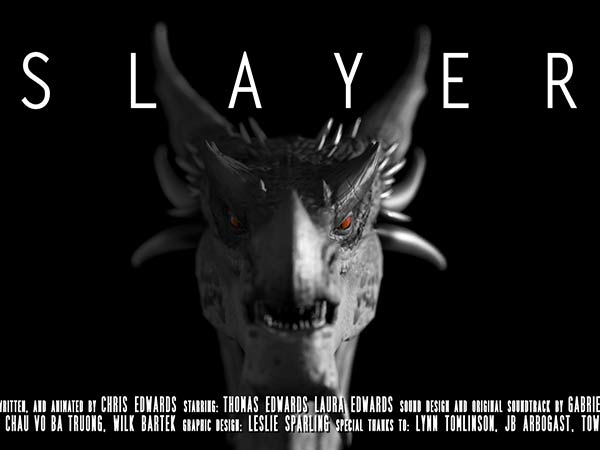 Zach, an exhausted high schooler, pulls an all-nighter developing his own retro video game “Slayer.” The game continually crashes after loading up, and Zach searches through his coding textbook for a solution. After multiple fails, the computer glitches out and begins running a foreign code all on its own. The bewildered Zach hears static begin to rise from downstairs, and finds his TV running the same foreign code. Just as Zach arrives downstairs, a real-life version of the dragon from his video game walks out of the television screen. 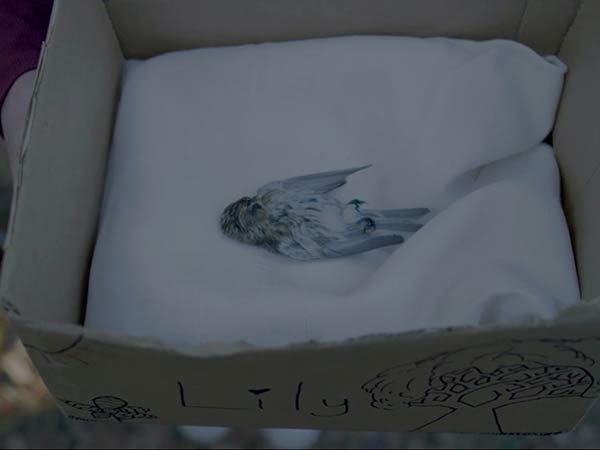 Ava and her younger sister, Zoey, stumble upon a mysterious structure in an abandoned research facility. Upon further inspection, they find that it still functions and even more than that, it fixes anything that’s broken. Zoey sees this as a miracle that can cure her Cystic Fibrosis, but Ava thinks there’s something more sinister going on. 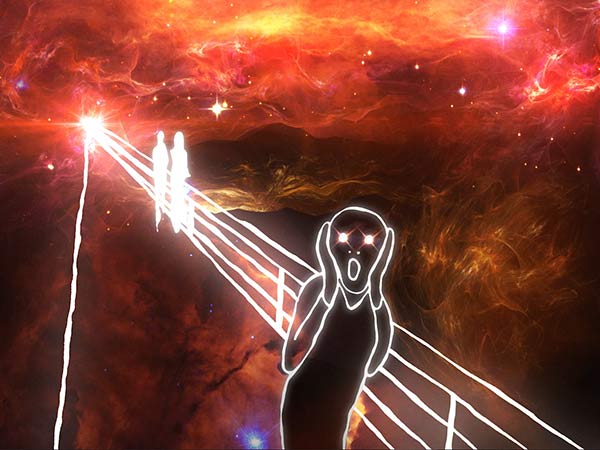 When an astronaut ponders on the quietude of space, he comes upon a startling self-realisation.

The truth is written in the stars, but what will he uncover?