It's no doubt that Dave Grohl was Nirvana's most notable drummer, but a lot of people don't realize that he was preceded by a few others. Aaron Burckhard was Nirvana's first drummer, but he and the band ultimately parted ways. While the band searched for a replacement, Dale Crover helped Nirvana with their first demo and Dave Foster honored their live bookings. Chad Channing officially joined Nirvana in 1988, and the band began work on their debut album Bleach, which was released in June of 1989 followed by a short American tour and a lengthy UK tour.

Chad remained with Nirvana until May 1990 at which time he exited due to artistic differences. It was a mutual decision among the band, so there wasn't any animosity or harsh drama. With the search underway for a new drummer and Cobain always looking to find the humor in things, Cobain got creative in one of the band's fan club letters which was sent out that summer. The letter announces Chad's departure from Nirvana and makes light of the vacant spot, teasing that the band might resort to drum machines or other possibilities for Nirvana's future. It's quite an amusing read, and it's currently on display in the Nirvana: Taking Punk to the Masses exhibition gallery at MoPOP. 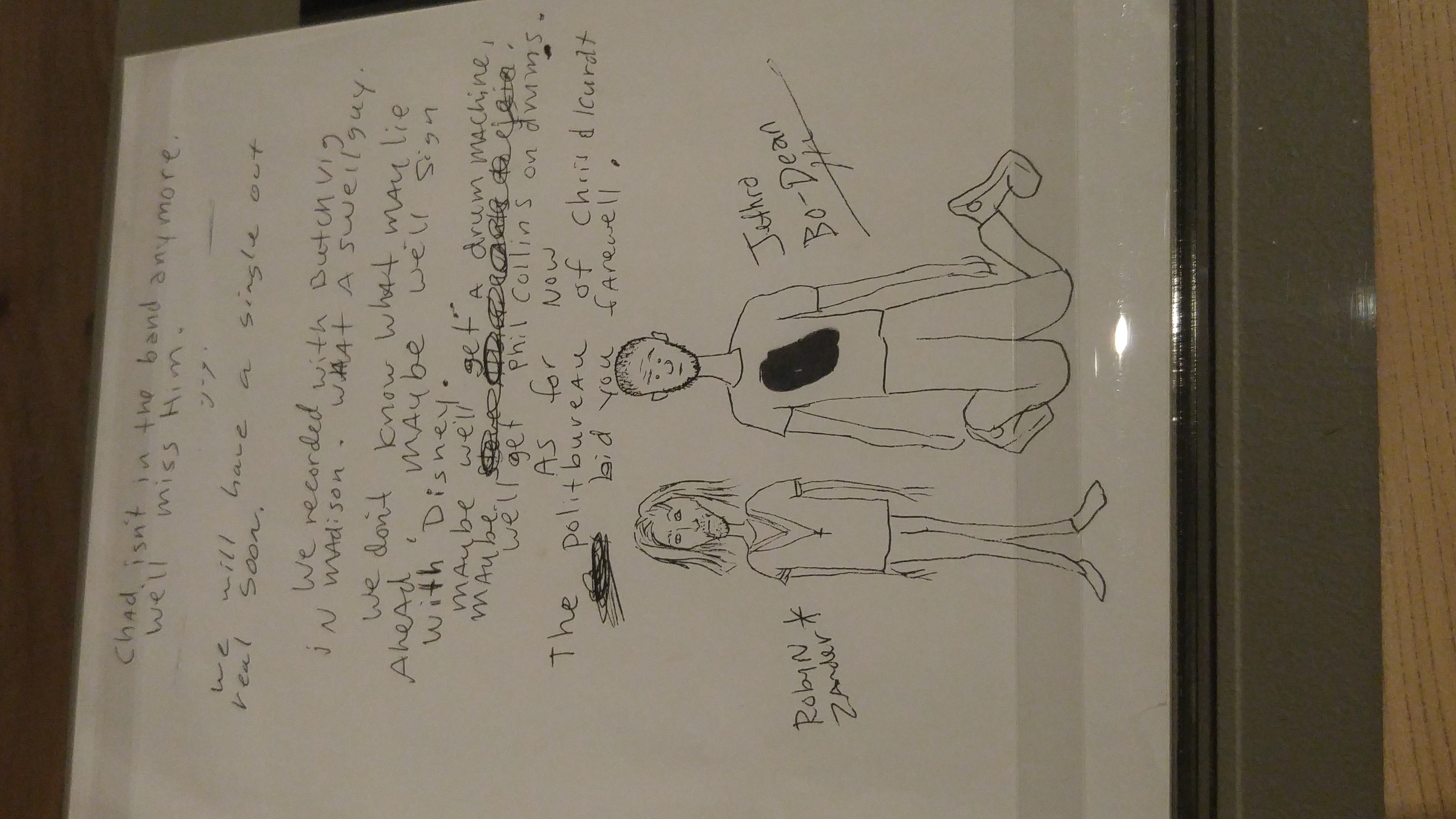 [Transcript]
Chad isn't in the band anymore.
We'll miss Him.
We will have a single out real soon.
We recorded with Butch Vig in Madison. What a swell guy.
We don't know what may lie ahead, maybe we'll sign with Disney.
Maybe we'll get a drum machine
Maybe we'll get Phil Collins on drums.
As for now
The politbureau of Chris & Kurdt
bid you farewell.

And for those wondering about the drummer who helped out between Chad's departure and Dave's arrival, it's none other than Mudhoney's Dan Peters, who filled in on occasion and can be heard on the "Sliver" single released on Sub Pop.