We started this series by taking a look at Steven Spielberg's classic Indiana Jones flick, Raiders of the Lost Ark (1981). Up next, we review Velvet Buzzsaw, the 2019 satirical horror film that (spoiler!) features a supernatural force out to destroy greedy, art world stereotypes. Velvet Buzzsaw saw its world premiere at the Sundance Film Festival before being released on Netflix.

Here's how it'll work: We'll start each movie review with 20 points and, based on our interpretation of key moments throughout each film, movies will gain or lose points depending on how realistic we deem the films to be in the category of museum and/or art work. Let's get started! 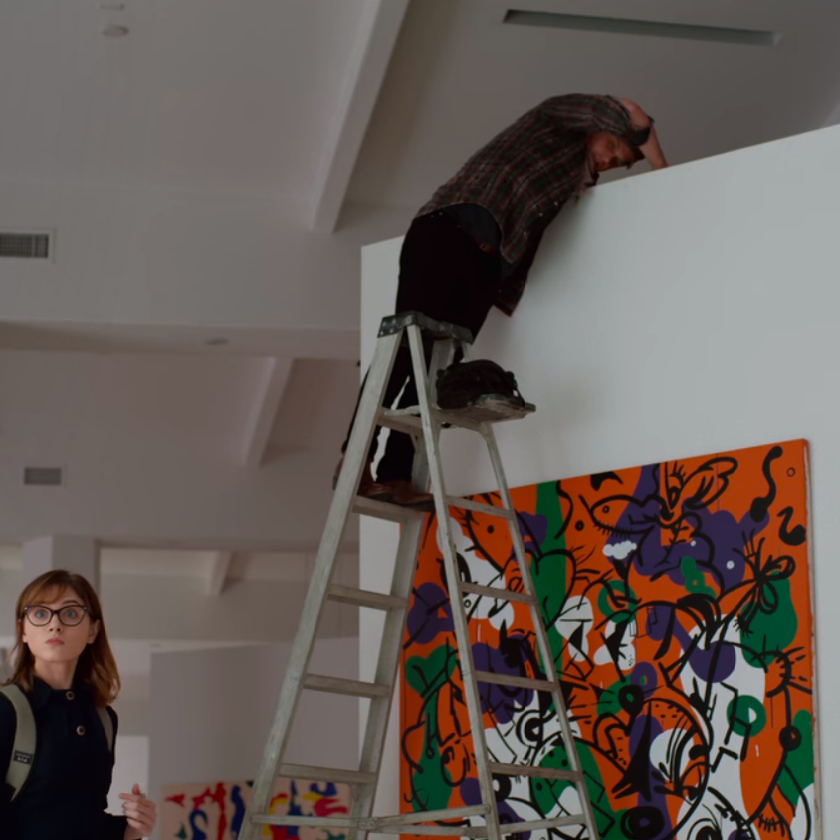 Please, Step Away From The Art!

Well, yes, art installers are important team members and trusted sources of knowledge that generally get ignored. BUT WAIT! Why is he on a ladder (with tools!) about 3" away from the art? Sure, if you’re hanging the art and need to be on a ladder, you have a complex system of safety precautions, like blankets and spotters (if you can’t remove the artwork from harm’s way), but doing some random wiring on top of the wall above the art? BIG NOPE. 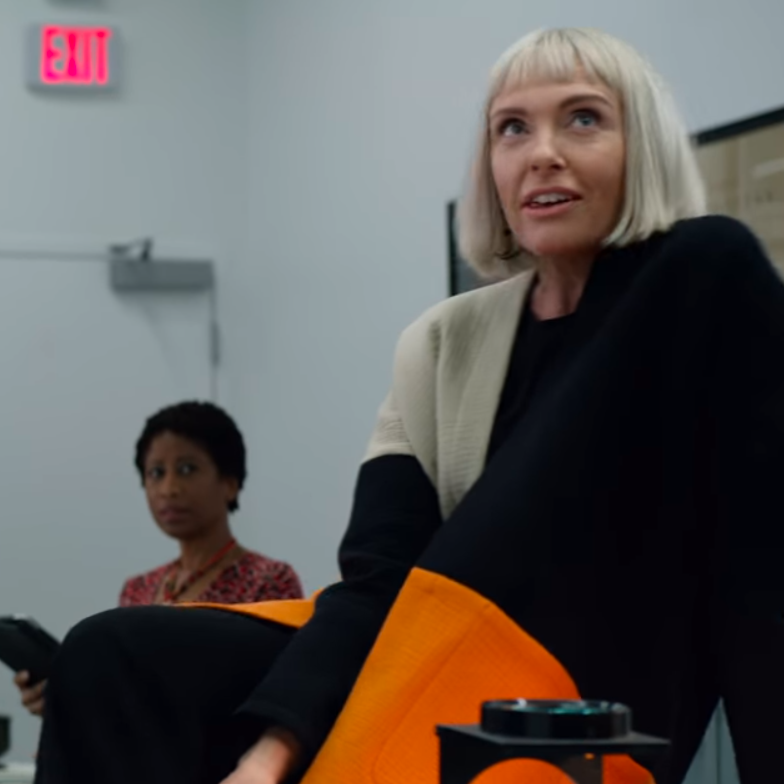 From the short, straight Louise Brooks haircut to the flowy, black clothing, Toni Collette is the (female) curator stereotype. All she needs are some eccentric glasses and large jewelry to hit all the major notes. The nightmare curator isn’t an uncommon stereotype, but not frequently accurate in real life.

P.S. MoPOP curators do not fit this stereotype, although sometimes their all black outfits are on point. 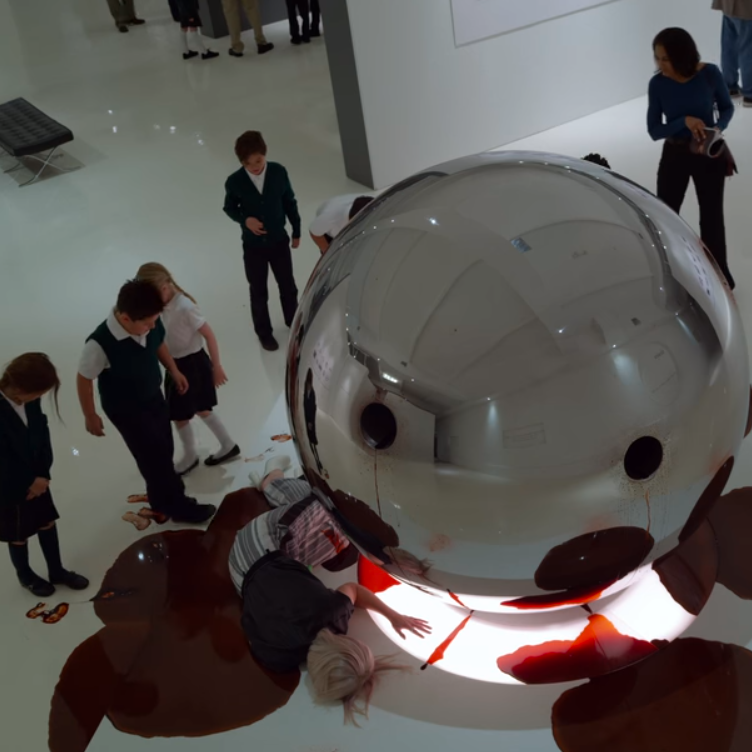 Do Not Touch The Art (In This Case, It Might Be A Crime Scene)

This 100 percent could happen. We’ve all seen the viral images of eyeglasses on the floor, or a random fire extinguisher on the wall in a gallery treated as art installations. Not to mention the banana that got duct taped to a wall as an actual art installation at Art Basel (2019). The uproar when someone ate it, y’all, is just too much. 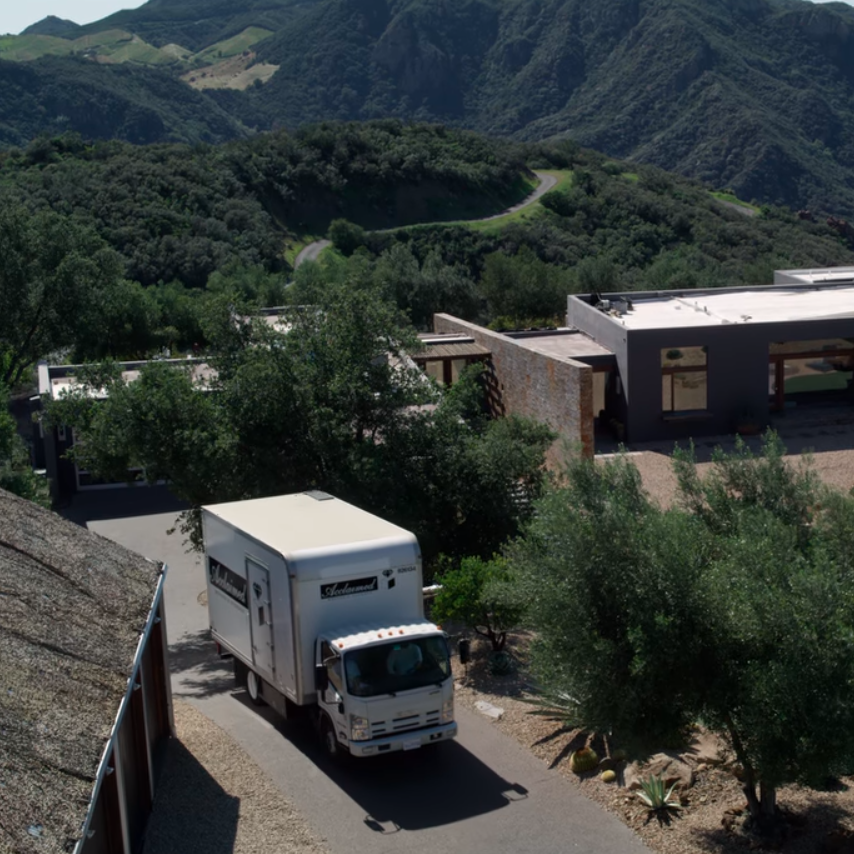 Handle With Care (But Don't Advertise It!)

Just an FYI, the art transportation here isn’t exactly believable. Art handlers would never transport art without a curator or registrar along (it’s an insurance thing). And then, at the end of the film, Rene Russo has all of her art removed by a company that LABELS its trucks. Folks, art handling companies take a lot of effort to travel anonymously because they don’t want to advertise what is inside of their trucks! 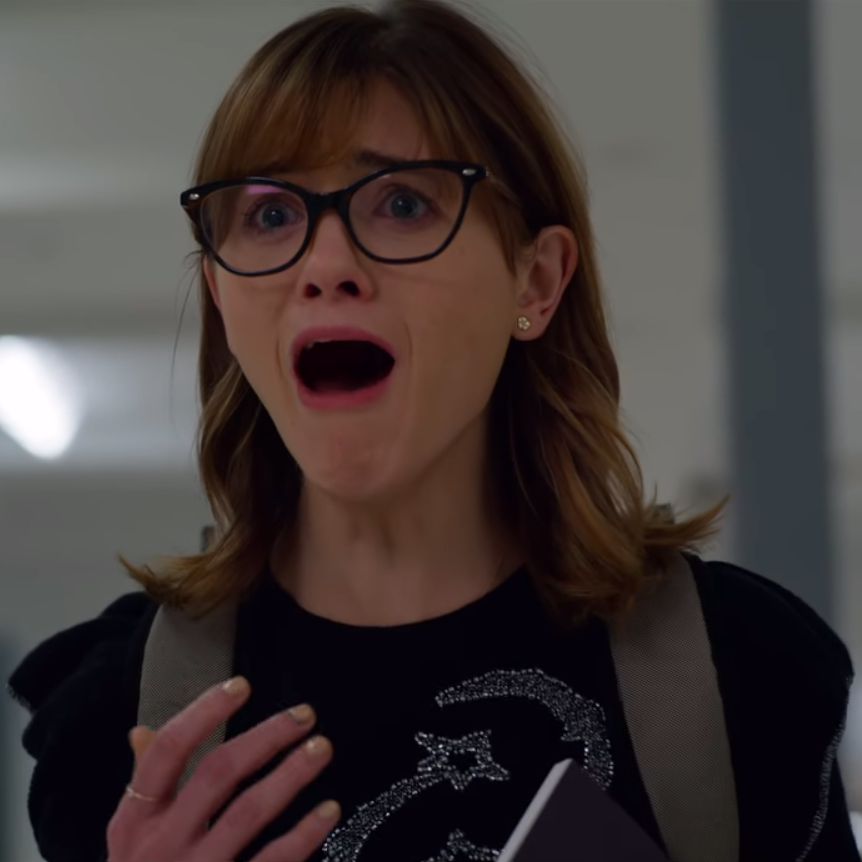 Work Your Way Up The Ladder

Did anyone else recognize the actor that played the gallery assistant, Natalia Dyer, from Stranger Things? Her character was, unfortunately, somewhat accurate in the gallery world. Job-hopping for better opportunities is kind of par for the course. 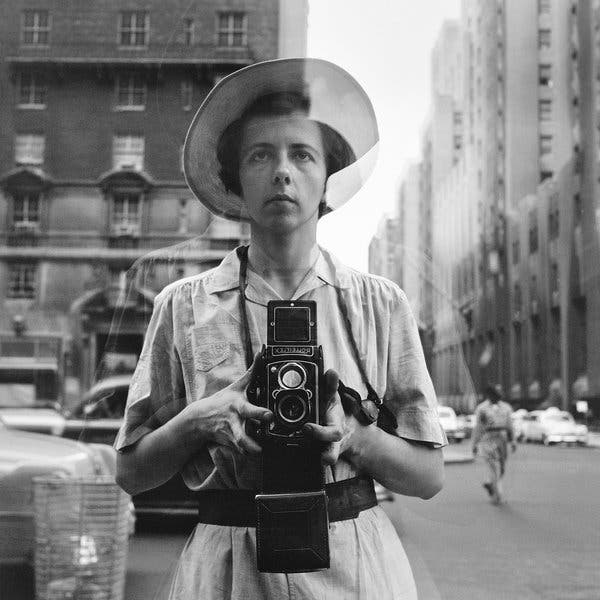 Want to know about another artist who was unknown until her death? Vivian Maier (1926–2009) was an avid street photographer whose over 100,000 negatives were discovered in suitcases and boxes after the auctioning of her storage lockers to settle her estate debts. Her work quickly became a sensation and multiple books and documentaries have been made about her life and work.

It’s definitely got some accurate broad strokes, but missed the mark with the finer details.