Have you ever wondered what it might have been like behind the scenes of your favorite film? SFFSFF filmmaker Randall McNair certainly has.

After graduating with a BFA in animation, McNair left the world of animation to pursue a career in puppetry. That adventure included this short film, Fizzy & Frank, A hard-hitting parody expose of life behind the scenes on the set of the beloved classic film The Dark Crystal.

Check out our interview with Randall McNair, and don't miss the festival March 24 and 25!

The creatures. The puppets, of course. I love seeing ET's iris open and close for instance, or catching my suspension of disbelief when an object made out of fabric, latex, or foam breathes, or coughs, or sneezes and tricks me into thinking it's alive.

More than that, I love the underdog: the Han Solo's, the Samwise Gamgees, the everyman characters who have no written destiny or royal progeny, but who turn plot with the sweat of their brow, the grease on their hands, and the integrity of their hearts. 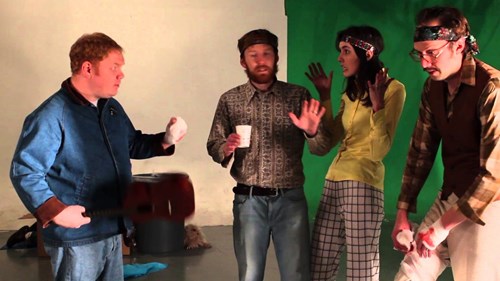 Most of us don't wake up every day wondering if we'll survive the day, week, season etc. We have so many safety checks in place from our Mastercard, to AAA, to the dumpster behind the Chinese restaurant down the street.

Sci-fi fills that need for risking the unknown, flying by the seat of one's pants, and eating expired food. 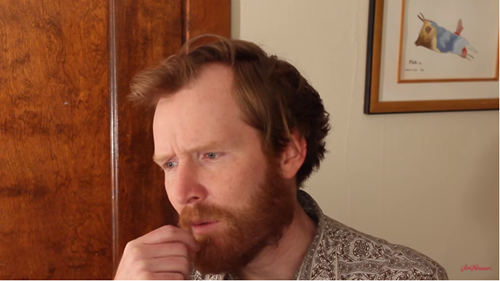 What inspired you to create Fizzy and Frank?

Jim Henson and Frank Oz were such a fantastic, natural-born, comedic duo. They didn't set out to be, they just were because of who they were.

With Fizzy and Frank, I wanted to explore that passive aggressive vs. blunt and sometimes caustic, creative energy that must have existed between them as co-directors on the set of The Dark Crystal.

Also, Henson was hosting a Dark Crystal fan film contest and I didn't have a budget for the really cool puppets. I knew I could afford a Fizzgig, and I knew everyone else would be trying to impress with their technical skills building the more complicated characters.

At first we thought about creating a really bad sitcom about Fizgig's family/home life. At the same time my wife had been pushing me to make a piece playing Jim because, under the right light, I can pull off a decent impression of him. Then Will, my puppetry partner since college, grew a mustache and we realized he looked a good deal like Frank, after that, everything fell together.

It's clear from your work you have a deep love and respect for puppetry. How did you initially get into working in that medium?

From my first trip to ShowBiz Pizza I've been obsessed with animatronics. As a teenager, no Teddy Ruxpin was safe, and no toy too sacred.

In college I studied 3D Animation, but worked as a puppeteer at the library for pocket money. After Will and I met in a storytelling class, one thing led to another and we started a traveling puppet band and that led to YouTube stuff, which led to bigger films and the occasional feature. 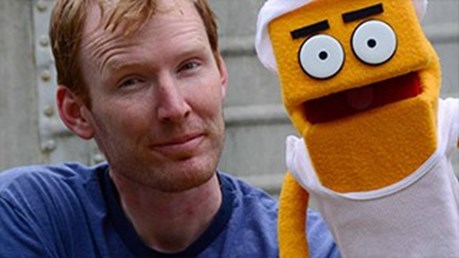 I just published a book about a kid who ruins Christmas, so helping to market that is keeping me busy. It's called Whitey Tighty Christmas. Check it out if you like irreverent adventure comedy.

As far as film goes the big project is a Spagetti-O Western (with puppets of course). Currently my wife and I are working on a creature for an ‘80s throwback film with a local high school, East Hollywood High, that emphasizes Filmmaking. These kids are amazing, and the monster is going to be worth its weight in foam.