It’s likely not even the band knew Kurt Cobain would end the show by smashing his Univox Hi-Flyer to pieces when Nirvana began their set in dorm K208 at Evergreen State College on October 30, 1988.

It was a Halloween-themed show and the already sweaty, crowded room had the added element of gore with both Krist Novoselić and Cobain sporting fake blood. 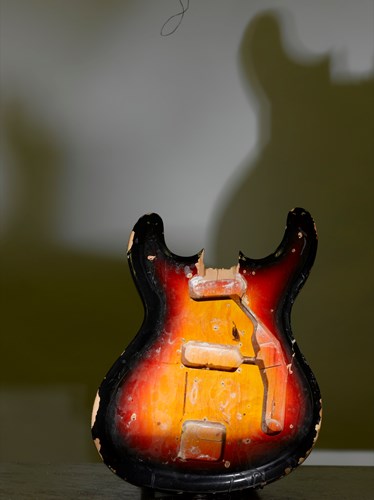 Although Nirvana would go to smash countless instruments in the coming years, this was one of the first, echoing the destructive rock star stylings of Pete Townsend and Jimi Hendrix. But as Senior Curator Jacob McMurray points out in Taking Punk to the Masses, “The key difference was that Hendrix and the Who could afford to smash things, whereas Nirvana were broke at the time. The destruction of their instruments wasn’t a casual, throwaway gesture, but a vital component of the music.”

You can check out the Hi-Flyer’s remains in Nirvana: Taking Punk to the Masses at MoPOP. 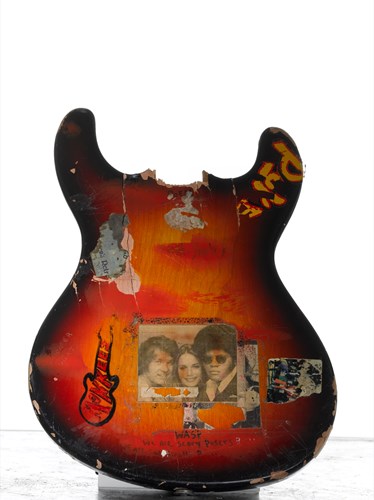 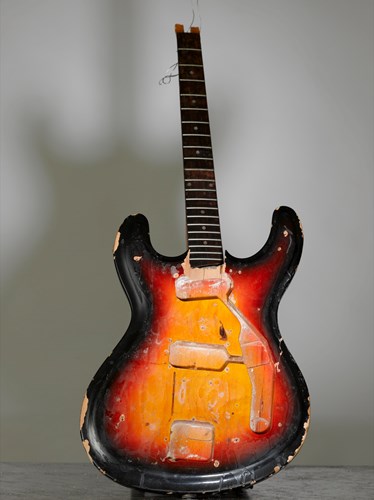