Kurt Cobain played several guitars in his career whether it was a Univox, Mosrite, or Fender; many of them met their fate when Cobain feverishly smashed them. One guitar in particular took on several different life forms in just a short amount of time, thanks to Kurt's creativity and potential boredom. 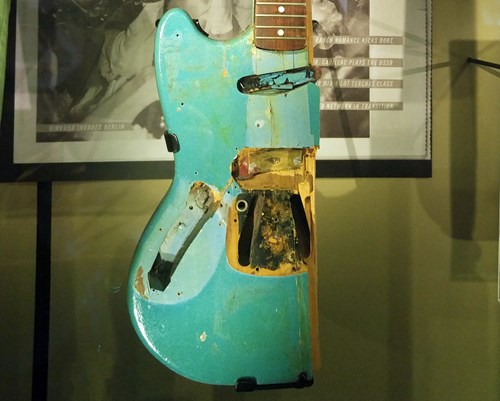 Kurt Cobain played a Fender Mustang from late 1988 until its point of destruction at the Pine Street Theater gig on February 9, 1990. Though it was only played for a little over a year, it was altered several times to give it a new and unique look. Originally given a red manufacturing finish, Cobain stripped the body by sanding it down to a dark brown color, and in late 1988, he placed a Soundgarden sticker on it. 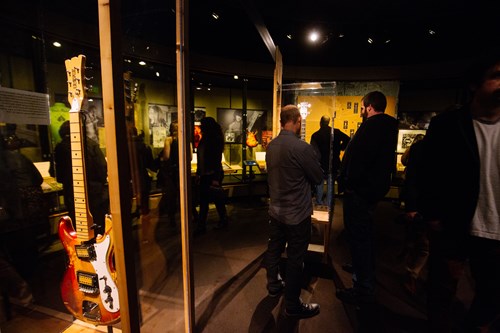 Early 1989 saw yet another look for the axe when Cobain added a homemade pickguard fashioned out of a vinyl record, and by mid-year the guitar body was painted white. Incidentally, this is the guitar featured on the cover of Bleach. 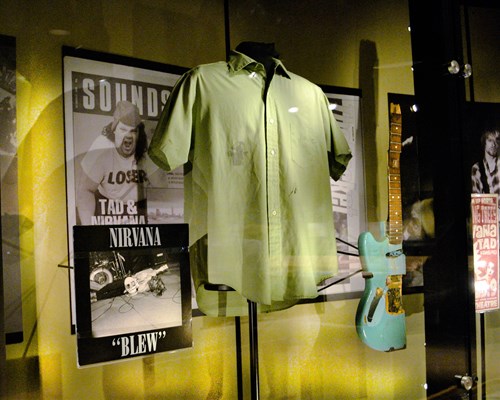 The white body was short lived because by the end of the year it had been painted a teal blue color which remained until it was ultimately destroyed February 9, 1990 at the Pine Street Theater. What a life it led in such a short time!

Check out Cobain's Mustang in Nirvana: Taking Punk to the Masses.