Did you know? The handwritten lyrics for Jimi Hendrix's "Straight Ahead" can be found inside the Museum of Pop Culture's Wild Blue Angel: Hendrix Abroad, 1966-1970 exhibition, and as of this week, you'll also find them etched inside the collar of Seattle Sounders FC's newest jersey! 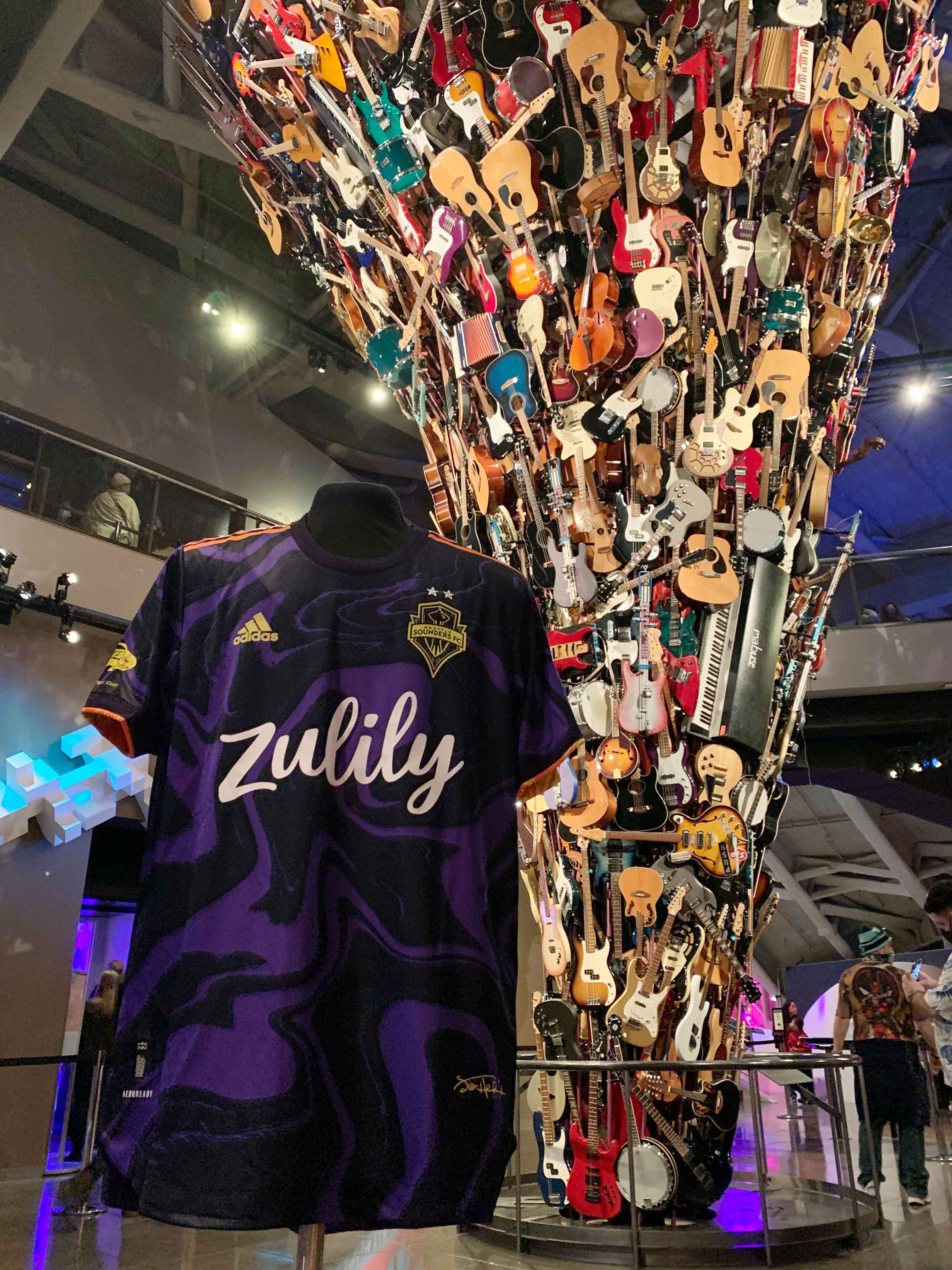 "The Jimi Hendrix Kit," unveiled Thursday, March 25, honors Hendrix's legacy as one of Seattle's greats. Covered in purple and black psychedelic patterns with bright orange and yellow accents, the team's secondary jersey for 2021 and 2022 serves as a nod to Hendrix's album covers, love of color, and unforgettable on-stage style. Hendrix's signature stamps the bottom of each jersey and Hendrix's handwritten "we got to stand, side by side" lyrics from his song "Straight Ahead" lie just inside the necktape, signifying Sounders FC's "belief in the importance of coming together, both on the pitch as supporters, fans, players and coaches stand together on matchdays, but also in the community and as citizens of the wider world." 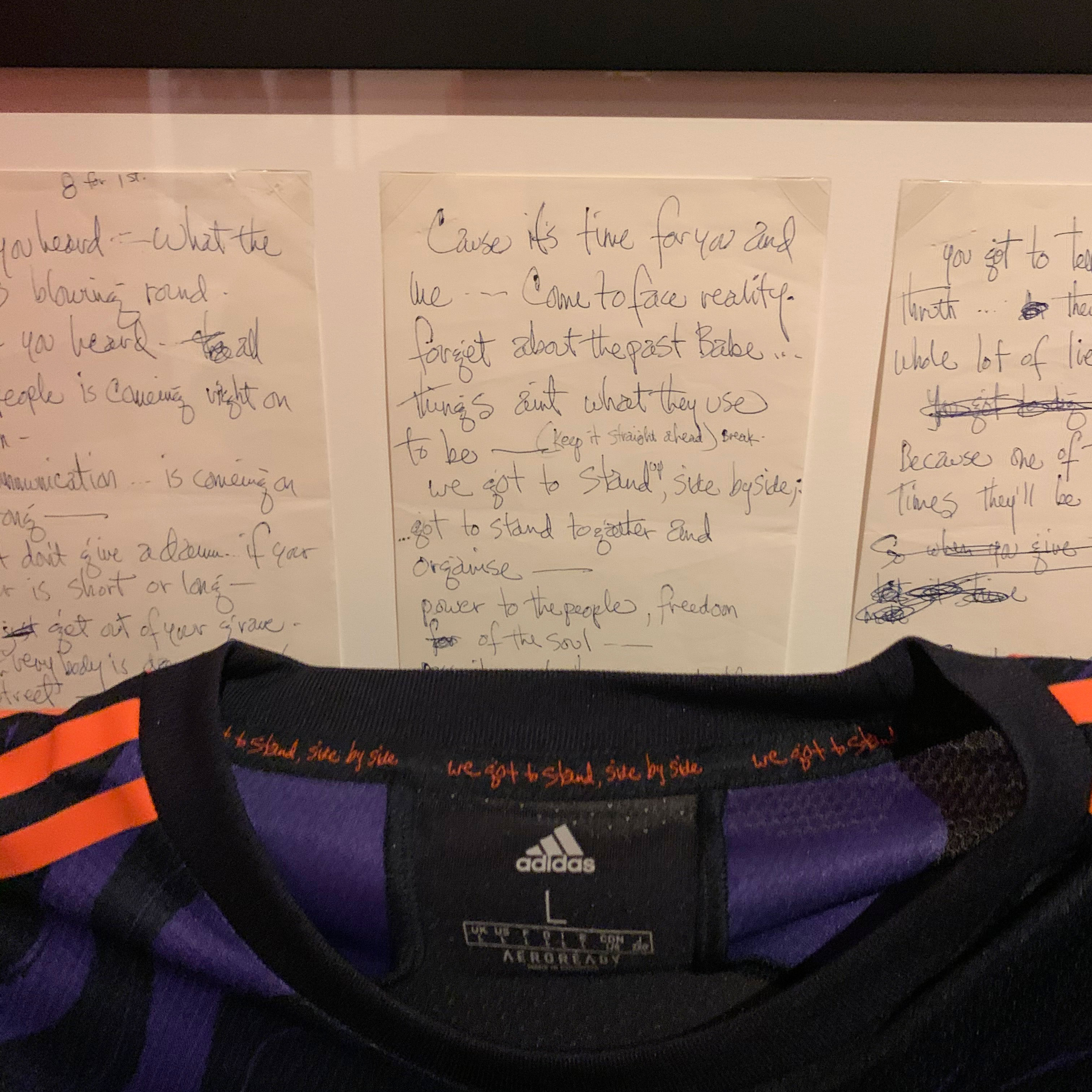 But wait, there's more! The Hendrix design is part of a "Community Kit" line introduced this season by MLS and adidas to "allow clubs the opportunity to create secondary kits rooted in individual meaning for each team. The Jimi Hendrix Kit was conceived as a way for Sounders FC to not only honor Hendrix and his place as a Seattle icon, but, on a larger scale, to recognize and celebrate the meaningful principles of peace, love and giving for which Hendrix stood."

In a donation program called Purpose Beyond the Pitch, proceeds from the first 30 days of Jimi Hendrix kit sales from MLSstore.com and all The Pro Shop locations will be donated to five local nonprofit organizations, including MoPOP! Our museum joins a list of other nonprofit organizations benefitting that includes Jimi Hendrix Park Foundation, Northwest African American Museum, RAVE Foundation, and Tacoma Public Schools Indian Education Program. 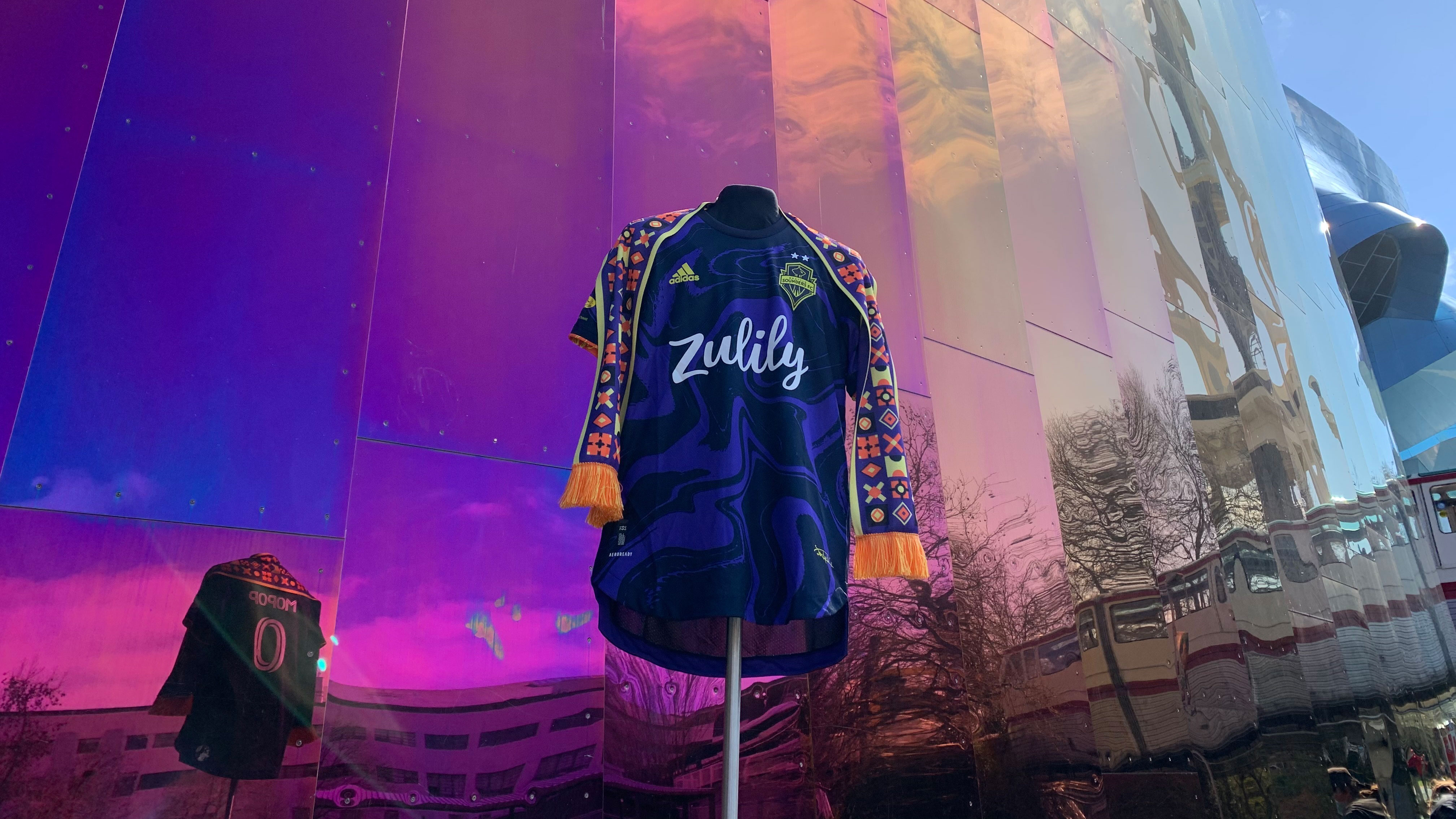 With the donations, which will be distributed evenly among the five recipient organizations, each nonprofit has pledged to use the funds to do one or more of the following:

“Seattle was and always will be Jimi's home. The Sounders are Seattle's own, as well,” said Janie Hendrix, President & CEO of Experience Hendrix, LLC. “Collaborating with the Sounders to create a jersey is our way of playing for the home team. We're celebrating two local heroes and at the same time supporting a cause that unifies. Jimi was all about honoring the place you come from. This venture allows us to give back to the community he loved. That's something I think would make Jimi proud.”

So, what are you waiting for? Get out there and grab your Hendrix-inspired Sounders FC jersey today. We know we will!