MoPOP Unveils Slate of Virtual Programming for 'Heroes and Villains: The Art of the Disney Costume' Exhibition

Heroes and Villains: The Art of the Disney Costume opens this weekend at MoPOP!

As you plan your visit with us to experience everything the stunning exhibition has to offer, dive even deeper into the art of Disney costumes with our upcoming slate of virtual programs, featuring panel discussions, movie watchalongs, and more!

Here's what we have to look forward to this month: 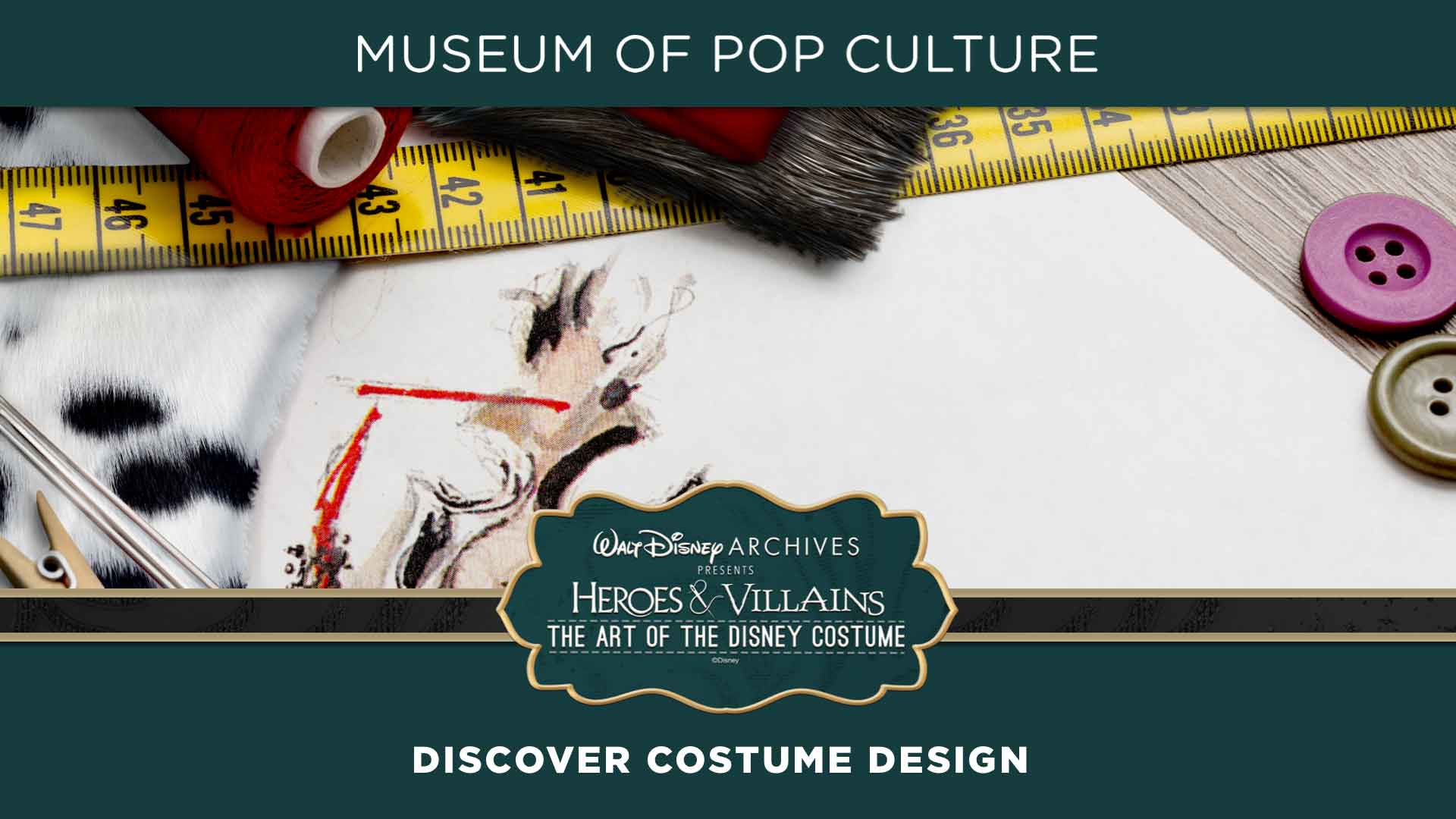 Join MoPOP curators and costume designers Ellen Mirojnick (Maleficent, Cinderella), Isis Mussenden (The Chronicles of Narnia films), and Mona May (Enchanted) for a deep dive into the art of costume design as a creative storytelling tool that brings character traits into the physical world. Using costumes on display in Heroes and Villains: The Art of the Disney Costume as source material, panelists will explore the many ways that costume designers play with character using color, texture, structure, fabric, and adornment. 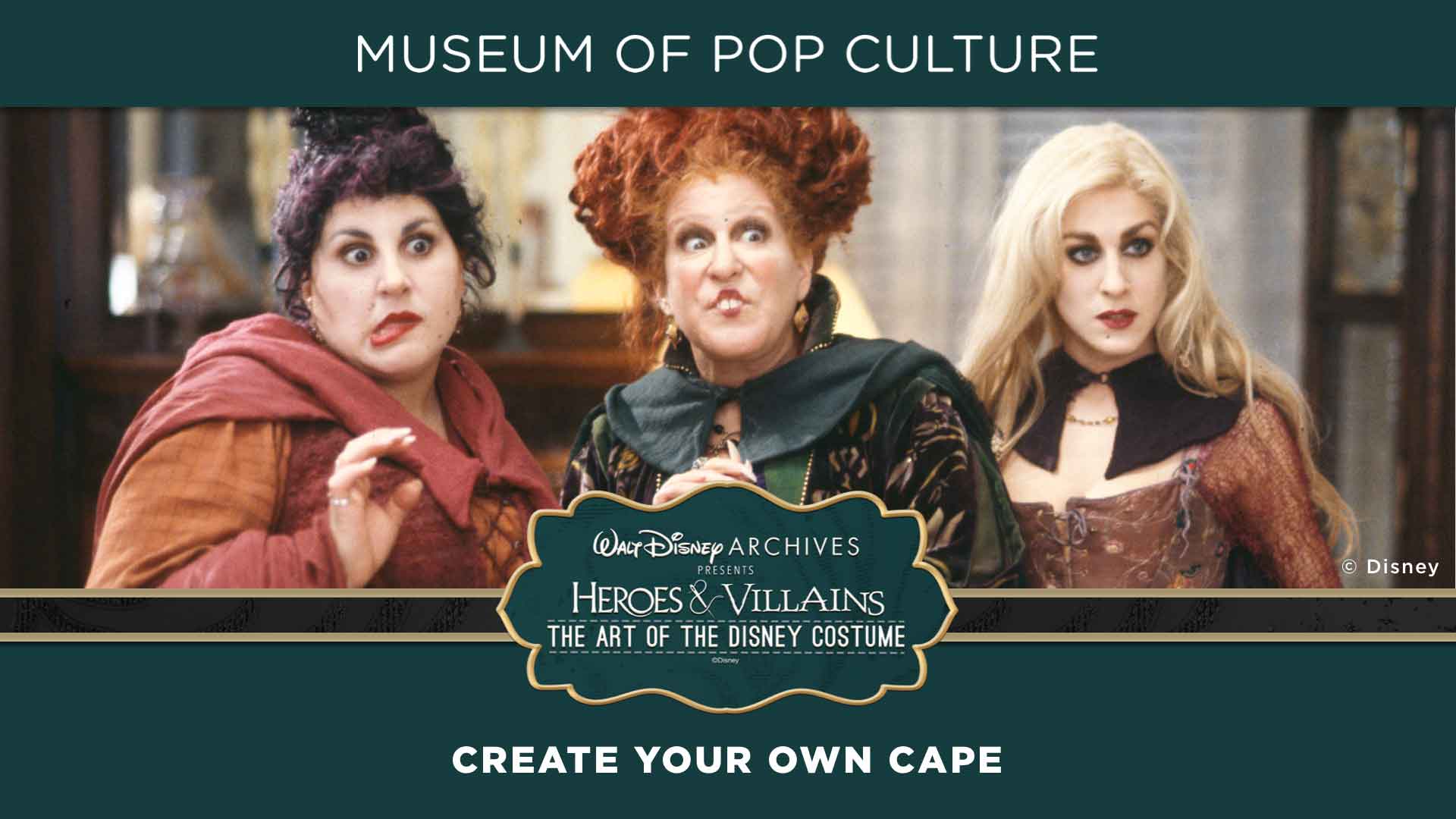 Costumes have always been a powerful medium through which we explore identity, and nothing has been more synonymous with our heroes’ and villains’ identity and journey to self-realization than their capes.

Facilitated by the talented designer, cosplayer, costumer, and avid gamer Anna He, in this workshop, participants will create you their very own cape inspired by their favorite hero or villain using materials from around their homes. Better yet, create one for a character of your own invention — be the hero (or villain) you always imagined yourself to be.

Raised in New York but now residing in Seattle, Anna has an extensive background in the fashion industry. She attended college at the Fashion Institute of Technology in New York City, and from there worked for many fashion labels in New York City and Seattle. A fan and lover of everything anime and fantasy, Anna discovered that all those costumes could be made to fit a real person! This idea is what would be her gateway into the world of theater art and cosplay. 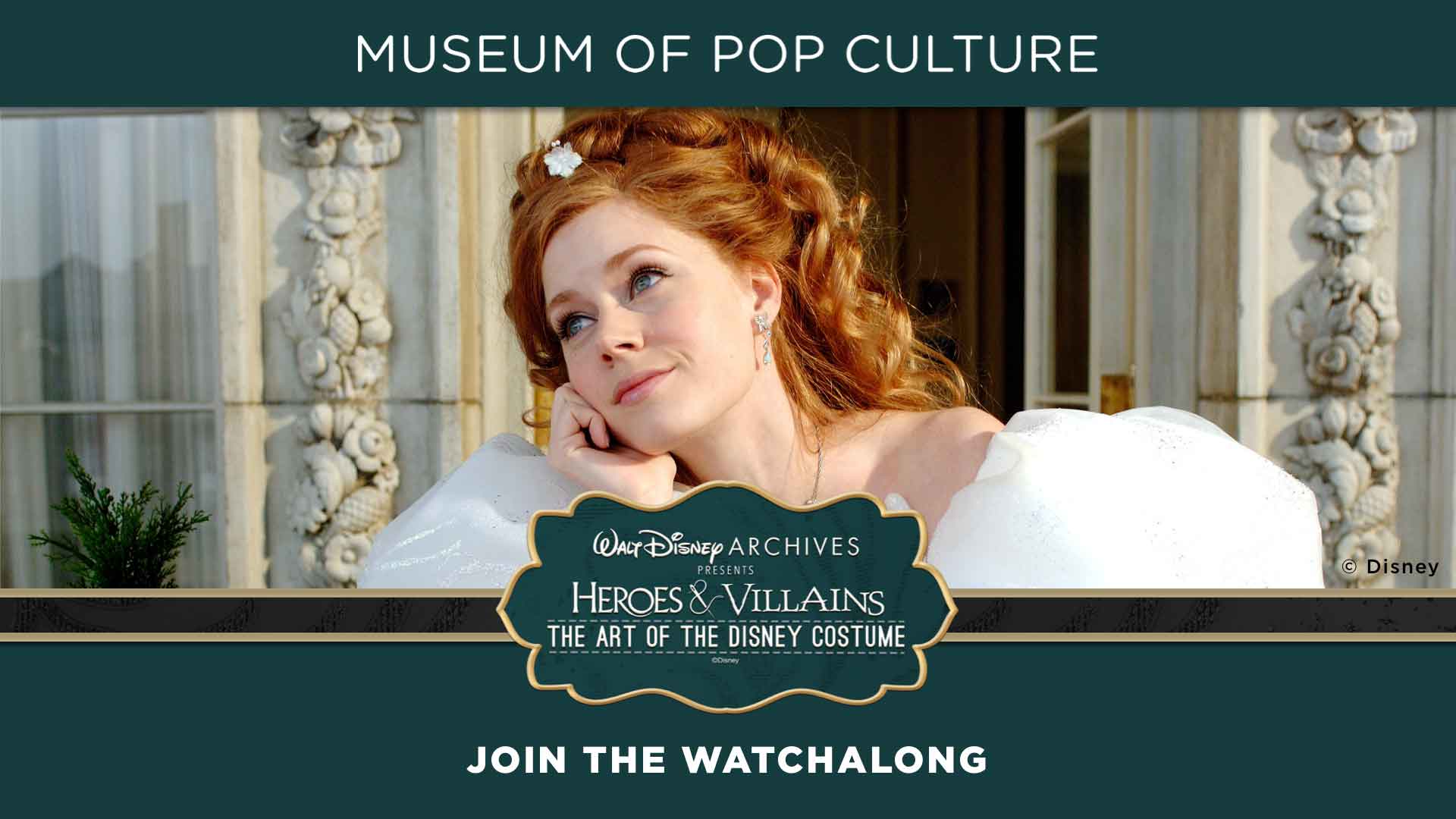 For this virtual watchalong, we will be joined by Seattle’s very own Disney Princess, Diana Huey, best known for her year-long run as Ariel in the First National tour of Disney’s The Little Mermaid. Join us as we discuss the magical outfits from Enchanted (2007), some of which are featured in Heroes and Villains: The Art of the Disney Costume, and explore how costumes can tell stories of their own.​

Diana Huey is an actor and singer best known for her year-long run as Ariel in the First National tour of Disney’s The Little Mermaid (Gregory Award) and Kim in Miss Saigon (Helen Hayes Award). She has a continued passion for color-conscious casting in the arts and in developing new works in the theater. She is a Seattle native and currently resides in New York.