New Magic: The Gathering artifacts are on display inside the Fantasy: Worlds of Myth and Magic exhibition at the Museum of Pop Culture, and before ingrained fans of the game ask, we're not talking about the 'artifact' card type (although there are some 'instant' and 'Planeswalker' cards involved).

The recent additions come courtesy of Wizards of the Coast LLC, the Renton, Washington-based publisher that launched the trading card game in 1993 and has seen it go on to global success, releasing more than 120 expansions of the game in 11 different languages to millions of fans.

The Magic: The Gathering case installed at MoPOP now depicts "Art Over Time," showcasing how Magic card illustrations have evolved alongside the game with over 20,000 unique game pieces published. The very first Magic cards were hand drawn by the game's creator Richard Garfield, followed by cards featuring clip art, and eventually leading to original artist illustrations. Some cards, like Lightning Bolt (top row) and Brainstorm (bottom row) in the photo above, have been reprinted across sets with multiple artists interpreting the content. 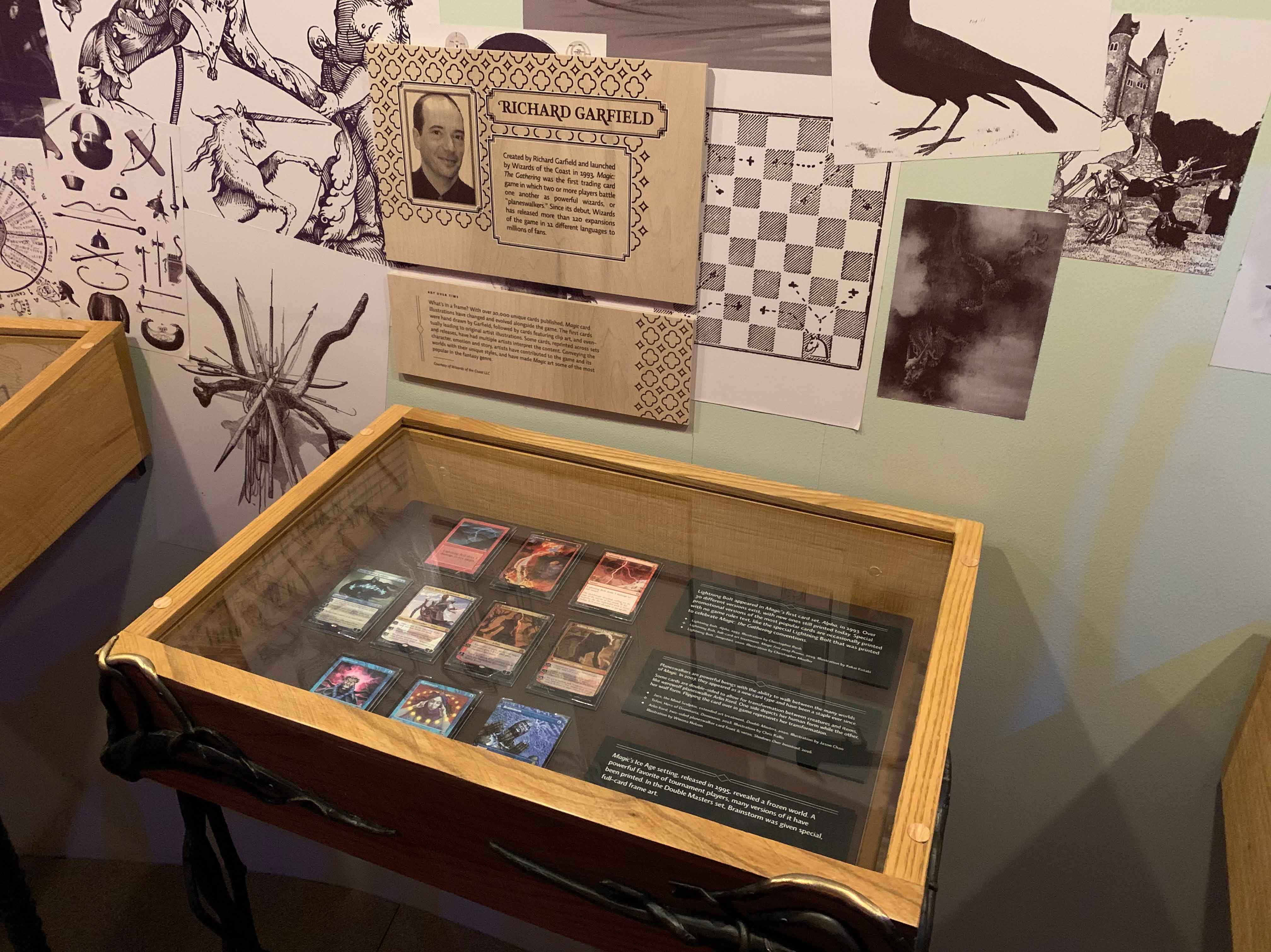 Conveying the character, emotion, and story, artists have contributed to the game and its worlds with their unique styles, and have made Magic art some of the most popular in the fantasy genre. Looking for more proof? Venture over to the art salon room also inside Fantasy: Worlds of Myth and Magic and you'll find large-scale Magic art hanging on the wall for your viewing pleasure.