It's Coming From Inside the House! Watch 'Diary of the Dead' (2007) With MoPOP + Special Guest Suzanne Desrocher-Romero!

The Museum of Pop Culture's monthly horror film series is back in April, and MoPOP is partnering with the George A. Romero Foundation for a special online watchalong of Diary of the Dead with special guest Suzanne Desrocher-Romero, devoted wife of George Romero and advocate for preserving his filmic legacy. Suzanne currently serves as president and founder of the George A. Romero Foundation, as well as leadership for New Romero, maintaining George’s legacy and supporting his vision into the future. Suzanne selected Diary of the Dead, from legendary filmmaker George A. Romero, for possible inclusion on our list of 100+ Horror Films to See Before You Die, and we'll watch the film together and discuss all reasons why it's worthy!

Here’s a handful of program elements that you can expect to see this Friday, April 16:

A quick synopsis of Diary of the Dead: The dead are returning to life to feast on the flesh of the living. As civilization dissolves in this nightmare scenario, a group of college students travel across Pennsylvania in hopes of finding refuge at their friend's secluded mansion. Film student Jason (Joshua Close), tapes their journey, and the movie is presented as his footage. The fifth chapter in George A. Romero's zombie saga that began with Night Of The Living Dead features the social commentary the series is known for.

As with all of our virtual events, you'll need to register in advance to attend and instructions on how to join will be e-mailed to you on event day. And if you happen to own a copy of the film, make sure to get it queued up at 7 p.m. PT on Friday, April 16. Otherwise, here's where you can find Diary of the Dead online: 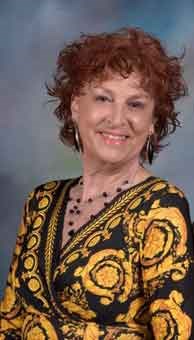 Suzanne Desrocher-Romero, devoted wife of George Romero and advocate for preserving his filmic legacy, attended theater schools for five years, moved to Toronto to study Russian and Soviet history, and bartended for over 20 years, eventually meeting George. Currently, she serves as the president and founder of the George A. Romero Foundation, as well as serving as leadership for New Romero, maintaining George’s legacy and supporting his vision into the future.

Suz enjoys art, theater, reading, crossword puzzles, classical music, and most sports including being an avid tennis player. Suz has also travelled extensively, with her most recent trips being to Azerbaijan and Japan.

Get in the mood for Diary of the Dead with this playlist of songs from 2007, the year the film was released!