Into the Vault: Remembering Shock G of Digital Underground

Did you know just a small percentage of our collection is actually on display inside the Museum of Pop Culture? With more than 100,000 objects in our permanent collection, it becomes a little easier to understand why there can't be a place to publicly display each one of our artifacts at the same time. But just because a piece isn't currently on view at our nonprofit museum, doesn't mean it's not important to popular culture.

To offer visitors a peek behind the curtain at our museum, we're taking fans Into the Vault here on the MoPOP blog, highlighting artifacts from our broad collection and showcasing their place in popular culture.

Up next, we take a closer look at a handful of materials related to Shock G, the rapper, producer, and frontman for the Bay Area hip-hop group Digital Underground, who passed away last week at age 57. 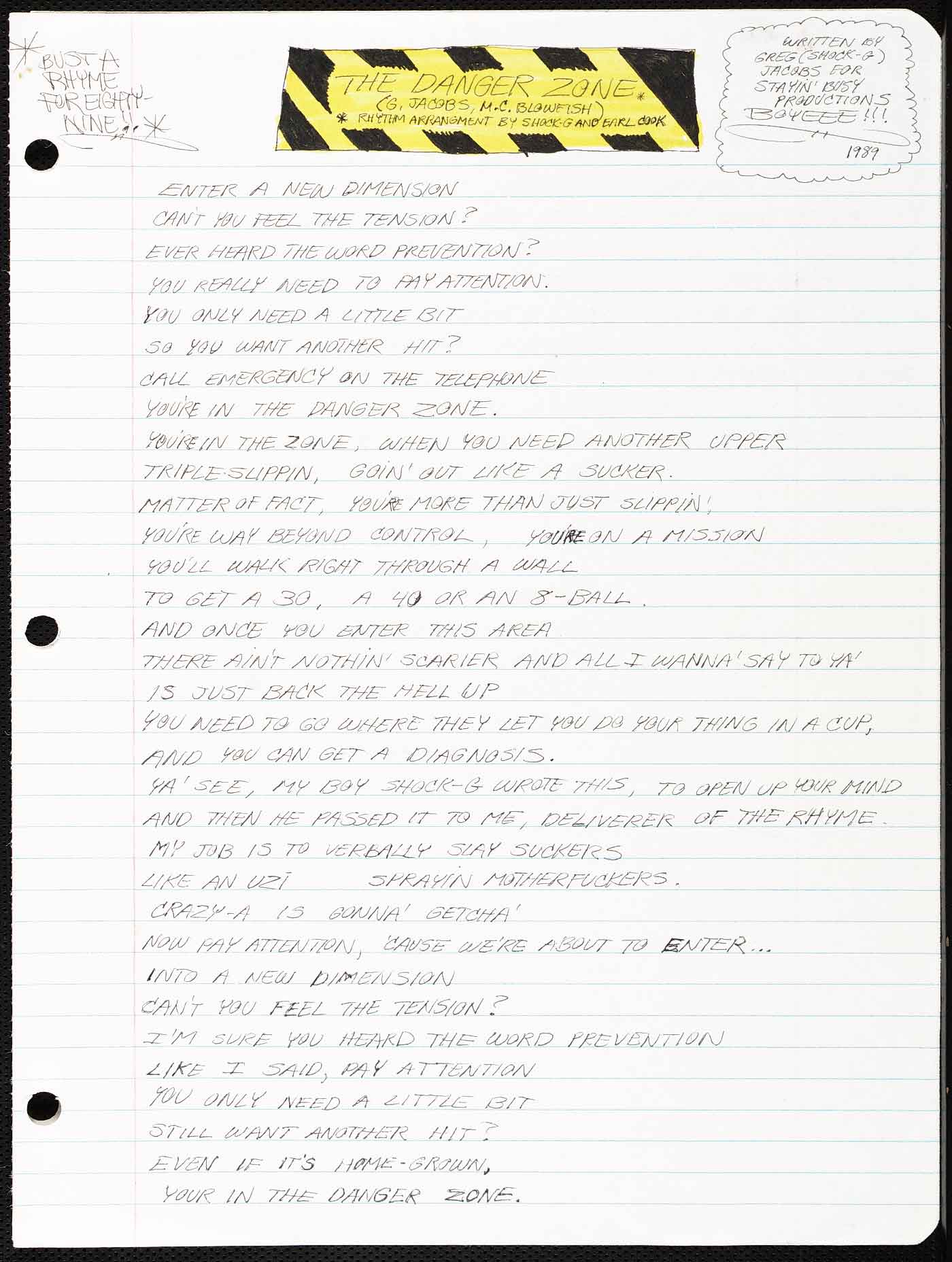 This is the original back cover artwork from Digital Underground’s debut album, Sex Packets. In their album design, Digital Underground echoes the cartoon style of album covers from George Clinton's 1970s bands Parliament and Funkadelic. Like previous P-Funk designs, this photo collage includes animation and comic-strip dialogue bubbles (check out what it looks like on the LP).

Released in 1990, Sex Packets re-emphasized hip-hop’s original party vibe through funky samples and a spirit of general silliness. The concept album sold over 1 million copies that year and spawned the crossover hit “The Humpty Dance,” which peaked at No. 7 on Billboard’s R&B charts and No. 11 on the pop charts.

Digital Underground was heavily influenced by the psychedelic, sci-fi fantasies of George Clinton and his 1970s bands, Parliament and Funkadelic. With rappers Shock G and his alter ego Humpty Hump leading a cast of cartoonish characters, Digital Underground created their own brand of comic funk-opera as an alternative to the hardcore and gangsta rap that was popularized earlier by Run-D.M.C. and N.W.A.

Music, Into the Vault 0 comments