Kurt Cobain played several guitars throughout his career, including Univox Hi-Flyers in the early days and various Fender models in the later days; many of which were smashed to pieces if the mood struck. Whether it was a Fender Mustang, Jaguar, or Stratocaster, Kurt knew exactly how to create the particular type of sound he was looking for.

One recognizable guitar is the Fender Stratocaster that Kurt played at the Reading Festival on August 30, 1992 in the UK. Cobain was no stranger to using this style of guitar, but this was his first time using a sunburst Stratocaster. He played two other guitars that night, a black Stratocaster and a 1965 Jaguar, but the sunburst received the most play during the memorable performance.

The sunburst Stratocaster also made an appearance on November 26, 1993 at the Morocco Shrine Temple in Jacksonville, FL where the band played a modest set of 13 songs before Cobain smashed the guitar. Presumably it was after this show that the guitar was autographed (recipient unknown). Although somewhat faded due to age, the various signatures read "Kurt Kobain," "1/2 Naked Krist," and "Pam Stear Waz Here," a reference to Pat Smear who was the touring guitarist during the In Utero era. Visitors can see this amazing relic proudly on display in the Nirvana: Taking Punk to the Masses exhibition at the Museum of Pop Culture. 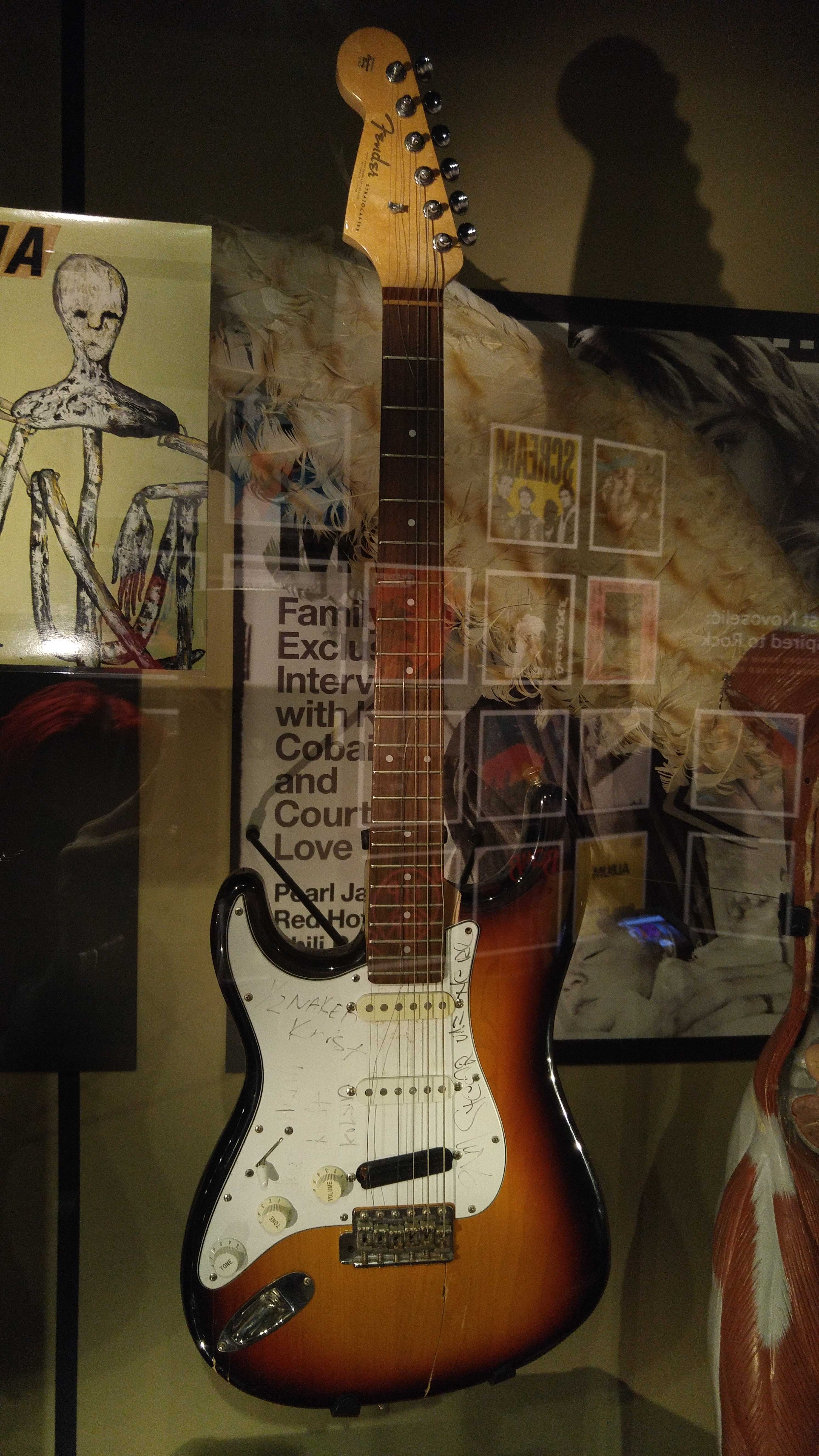