Understanding the Importance of Diversity in the Tattoo Community

Hello, my name is Chris Moore and I’m an alcoholic. Sorry, no, I’m one of the curators for our Body of Work: Tattoo Culture exhibition. Well, OK, I’m both of those, but I’m more the Exhibits Production Assistant at the Museum of Pop Culture.

This is getting confusing.

Hi, I’m Chris Moore and I’m an ex-tattoo artist. I worked at a shop in downtown Seattle from 2008 to 2014. During that time, I apprenticed in piercing and tattooing under the owner and my shop coworkers. It’s partly because of my experience as a tattoo artist that I was pulled in to help curate our Body of Work: Tattoo Culture exhibition.

We recently had our exhibit opening, and I’m sure some of you saw the panel on tattoo artists. For those of you who didn’t get to attend, let’s just say that it absolutely highlighted the differences between new school and old school mentality in tattoo artists. In this post, I want to expand on that difference. I am by no means an expert on tattoo culture, but I’ve got a bit of a unique perspective on it.

I worked as a tattoo artist and piercer from age 20-26. Throughout my apprenticeship and then working in that same shop, I was in what could be called, "gruff environment." I came to find out that I had learned in "one of those shops" – other tattoo artists will probably be nodding in understanding at this point in my story. In this shop I learned how to communicate with ex-felons, white supremacists, gang members, and people from all sorts of backgrounds. I would often get aggressively "tested" to see if I could stand up for myself.

In that shop, I worked 60 to 80 hours a week, suffered with alcoholism, a failed marriage, and emerged with minimal bruising partially because of my tough surroundings. My coworkers were family to me and helped me through those rough times. They encouraged me and supported my interest in art. They were the strongest relationships I had ever had to that point.

In that shop, I was taught that this was the only viable kind of tattoo environment, and anything else was either pretentious or weak. This, right here, is the old school tattoo mentality.

I often change the reason for my leaving tattooing depending on who I’m talking to: my husband’s kids were moving in with us and I could no longer work the long hours; I felt stifled in my attempts to try different styles of art; or I’d had a few too many death threats from strangers and didn’t want to deal with it anymore. All of which are true.

Coming into the museum world was hard. Like, really hard. I suddenly had to keep track of my words and my actions in a way that I hadn’t had to before. There were new things like a human resources department, 401ks, and autopay options. It was a super-plush change, but it also required learning how to restrain parts of myself that I was unfamiliar with restraining. It eventually got more comfortable, but there was a hard learning curve where I was often silent or wished that I had been. 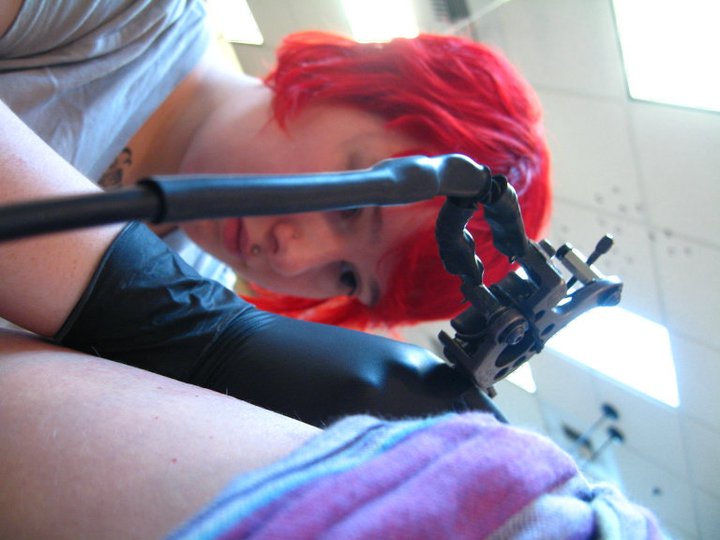 When our team first started exploring the concept of doing a tattoo exhibition, my former director came to me and asked, "If you were to do an exhibition on tattoos, who would you talk to?" After that, I went headfirst into the curatorial process. In researching Body of Work: Tattoo Culture, I looked at tattoo artists and tattoo shops. I looked at so many tattoo artists and shops, y’all, I got sick of looking at tattoos. I never thought that could happen. The thing I found is that the shops that I was looking at didn’t have a standard appearance as "The Traditional Tattoo Shop." Their internal culture differed from shop to shop. Some cater to geeks and others to women. Some cater to the LGBTQIA+ community, while others feel more like an old school shop with less death metal. And, there are so many incredibly talented artists. The Pacific Northwest is just overflowing with amazing tattoo artists with styles ranging from traditional to satanic art nouveau to Lisa Frank on acid.

A lot of these shops are full of artists who want to make the industry less intimidating in a myriad of ways. They might change up the layout of their shop and paint it lighter colors, or stop playing death metal, or think bigger and focus on making their shop welcoming to marginalized communities. Some of them are listed as Safe Spaces and help others in crisis.

These changes are what I had been taught to believe would make a shop less viable, yet the artists in these shops are incredible – and successful. Not only is their artwork beautiful, but the artists are kind and courteous with a genuine air of acceptance.

But in their own way, they are as stubborn as the old school artists and believe that old school shops are antiquated relics that have nothing to teach them.

Let’s be honest here, part of this is just business. It’s no longer just convicts and sailors who get tattoos. Metalheads and punks aren’t the only people with tattoos in visible places. People of all ages and walks of life get tattoos now, and if a marginalized person hears, "You can go to this shop and you’ll be safe," they’re going to go to that shop because they’ll be safe. 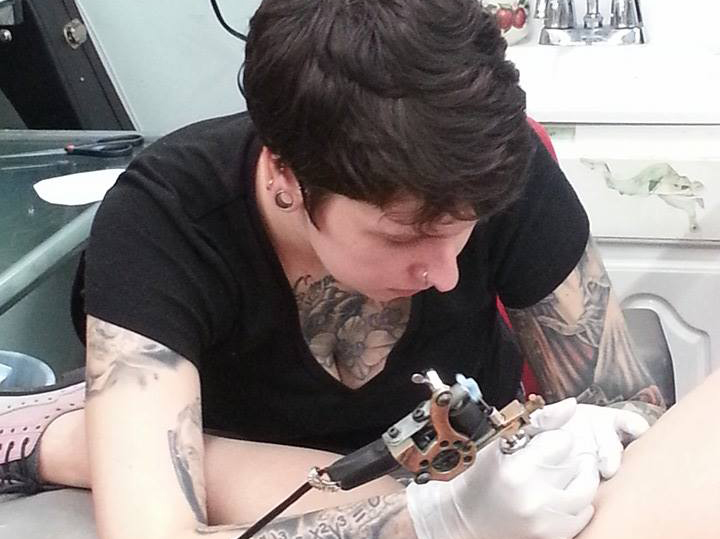 I’m not trying to badmouth old school shops or new school shops. I love old school tattoo shops. I love walking in and taking off the layer of social propriety I’ve learned to put on working in museums. I love the rawness of getting tattooed by someone I can call all manner of phrases and they’ll just laugh and throw back similar phrases at me. When my favorite shop switched from playing death metal to more genre-inclusive music, I was honestly mad about it. But this is also a form of privilege for me, because I came from an old school shop and I know how to communicate with old school tattoo artists.

I also love new school shops where the artists feel comfortable to try out new ideas and push the limits of the art. Places where I don’t feel like I need to have a tough skin to get a tattoo, and I can honestly talk about marginalized topics that affect my daily life. I love being able to walk in a shop and feel like the artist really sees me for who I am instead of who I used to be or who the world perceives me as. It’s oddly more intimidating to me to know that they understand where I’m coming from than the burly shops that just see me as a canvas.

What it boils down to is that there’s no competition between the new school and old school shops. And I don’t mean that in a "this one is better" kind of way, I mean that in a "there is no need to fight over customers" kind of way, because these shops are selling to entirely different demographics. The more different the shop is, the less likely they’re going to be catering to the same clientele. Shop diversity and the cultures propagated inside them allow every potential client to find a place, a style, and an artist that fits them as an individual.

I think it took stepping away for several years and coming back in an analytical role to understand the importance of diversity in the tattoo community. Even Lyle Tuttle and Sailor Jerry didn’t see eye to eye, yet they are both icons in the tattoo industry, and they filled roles that were important to expand and continue the tradition of tattooing.