I.C.Y.M.I.: A Celebration of Life for Kobe and Gianna Bryant

Greetings, fellow pop culture aficionados, and welcome to week three of our I.C.Y.M.I. (In Case You Missed It) blog series where we recap a handful of trending tidbits from the past week in popular culture, in case you missed them.

Last Friday, we filled you in on a new album from South Korean supergroup BTS, plus trailers for new seasons of streaming sci-fi series Stranger Things and Westworld, the latter of which even includes a cameo from former Seahawks running back Marshawn Lynch.

This week, we start on a somber note in the sports world, touching on the public celebration of life for Kobe Bryant, the former NBA superstar and pop culture icon who was one of nine people to pass in a tragic helicopter crash last month.

Celebrating the Life of Kobe and Gianna Bryant

This past Monday, thousands of people packed the Staples Center in Los Angeles to celebrate the life of Kobe Bryant, his daughter Gianna, and the seven other victims of the January incident, which included Gianna's basketball teammates Alyssa Altobelli and Payton Chester; Alyssa's parents, John and Keri; Payton's mother, Sarah; assistant girls basketball coach Christina Mauser; and pilot Ara Zobayan.

Complete footage from the emotional event is embedded above, but the memorial included a handful of star-studded tributes for the Lakers legend, husband, and father of four. Beyoncé Knowles helped open the ceremony by singing her hit song "XO," one of Kobe's favorites. Alicia Keys was also on hand to perform one of Kobe and his wife Vanessa's favorite musical numbers. And NBA greats Michael Jordan, who referred to Kobe as his little brother, and Shaquille O'Neal, Kobe's former Lakers teammate, also shared words.

The celebration date of 2/24/20 held some symbolism: "two" for the number Gianna wore, "twenty-four" for the number Kobe wore during the second half of his career, and "twenty" for the number of years Kobe and Vanessa spent together. After an introduction from late-night host Jimmy Kimmel, the tribute's emcee, Vanessa spoke to the crowd in remembrance of her husband and daughter.

"She was an incredible athlete. She was great at gymnastics, soccer, softball, dance and basketball," Vanessa said of Gianna. "Gigi was confident but not in an arrogant way. She loved helping and teaching other people things. At school, she offered the boys' basketball coaches to help give the boys' basketball team some pointers -- like the triangle offense."

On her late husband, Vanessa offered: "I couldn't see him as a celebrity, nor just an incredible basketball player. He was my sweet husband and the beautiful father of our children. He was mine. He was my everything. ... Kobe loved me more than I could express or put into words." 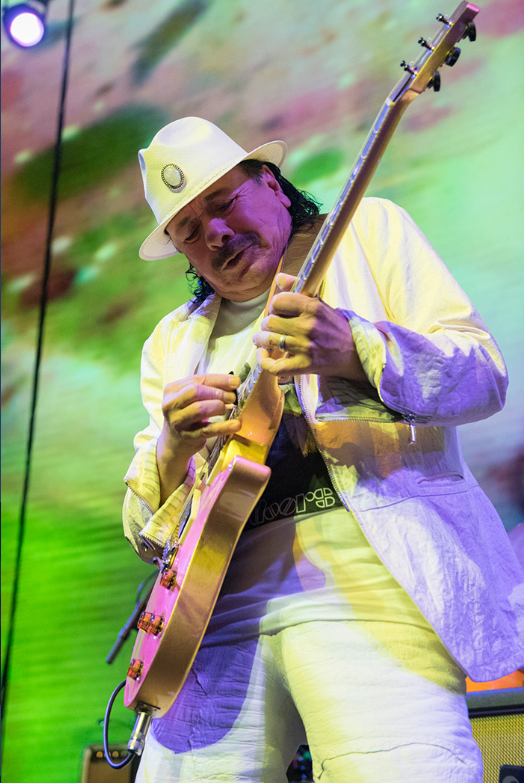 To honor the 20th anniversary of Supernatural, Santana will go on tour this summer alongside Earth, Wind, and Fire, beginning June 19 in Chula Vista, Calif. and making a stop at the Gorge Amphitheater in George, Wash. on June 27.

“I feel like a 20-year-old on stage playing with my band, and they deliver incredible energy on every song,” Carlos Santana, the Museum of Pop Culture's 2012 Founders Award winner, said in a statement. “When we hit the stage, we know we will touch your heart and make you dance, sing, cry, laugh and leave your worries and fears behind. The shows will feature the hits of yesterday, today and tomorrow…with energy!”

Tickets for all of Santana's shows are available now. 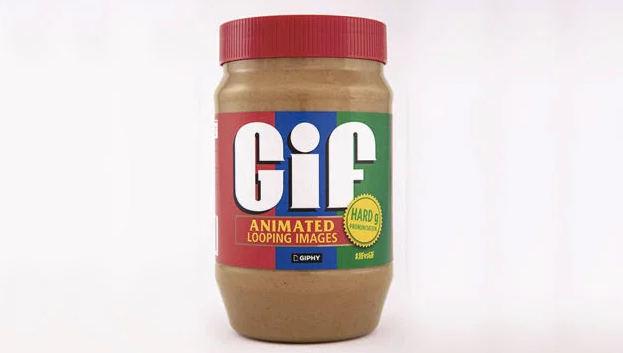 How Would You Pronounce The Name of This Peanut Butter?

Jif peanut butter has partnered with GIPHY, the GIF search engine, to release a limited-edition jar of spread labeled "Gif" to "put a lid on this decade-long debate" over how to pronounce the looping images whose abbreviation is short for Graphics Interchange Format, Jif's manufacturer has said. The ongoing debate centers around pronunciation of the word GIF with a "soft G," like Jif peanut butter, or a "hard G." In 2013, GIF creator Steve Wilhite made it clear: "It's pronounced JIF, not GIF."

No matter which side you're on, the promotion comes ahead of National Peanut Butter Lover's Day on March 1. Jars were available on Amazon for $10, but are currently out of stock at the time of this writing.

Now that we've filled you in on a few things, what do you feel we failed to mention? Let us know in the comments, or hit us up with a suggestion on Twitter @MoPOPSeattle. We'll look to include your ideas in our next edition of 'I.C.Y.M.I.'