Meet the Host with the Most: Heather Marie Bartels!

Our epic Halloween celebration returns to the museum October 20, and we thought we’d give you a chance to meet our host with the most, Heather from SHRIEK: Women of Horror.

Who are you and what are you doing here?!

Why do I always have to tell people: if you didn't want someone coming in, you shouldn't have left your basement window unlocked.

Now that we've got that out of the way, hi! I'm Heather Marie Bartels. I'm a film festival programmer and judge, public speaker, and panelist, all with a focus on genre films. I also produce and host SHRIEK: Women of Horror, a recurring horror film screening and discussion series. I'm here because MoPOP invited me to host Fashionably Undead VIII! 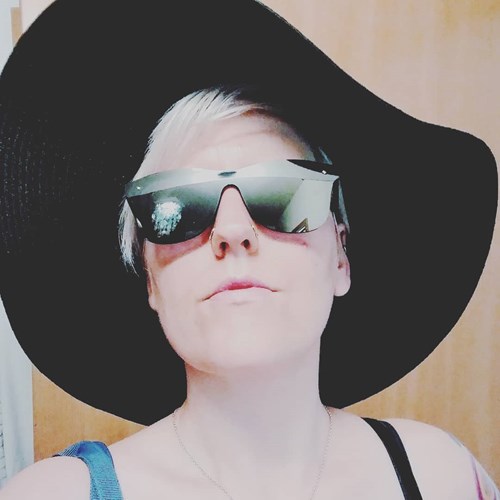 What got you into the horror genre?

There was never a time in my life that I wasn't watching horror. My mom is an avid horror fan, so my toddler years were spent watching Evil Dead 2, Return of the Living Dead, and Puppet Master—everything she could find at the video store. That was my normal. I'm so grateful that she taught me to love horror and have fun with it, as opposed to fearing that it would traumatize me. 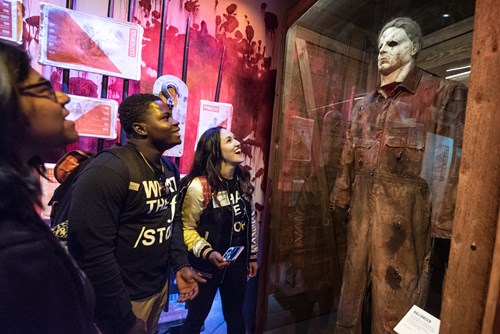 I became interested in the misconceptions about horror and the people who love it, especially pertaining to feminism. This interest led me to attain a BA with honors in Comparative Literature: Cinema Studies, with a minor in Diversity from the University of Washington. I plan on pursuing a Masters in Cultural Studies very soon, so I'll have even more horror goodies to talk about!

Tell us more about SHRIEK. What are you all about and where can we find you?

SHRIEK was launched by author Evan J. Peterson at Scarecrow Video. It was intended to be a limited screening series highlighting strong women in horror. I was so excited when I heard about the event that I messaged Evan introducing myself and asking "How can I help promote this? What do you need?" 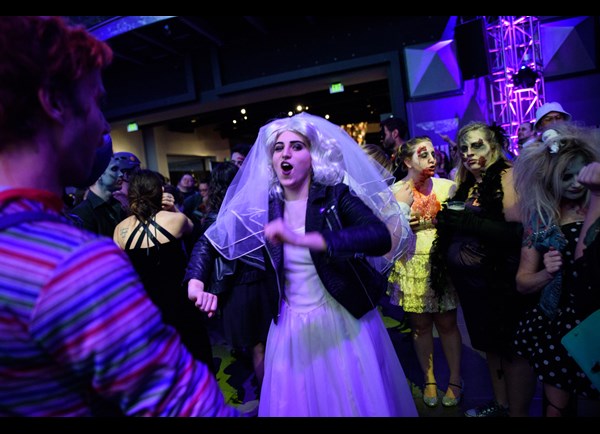 I was there from day one scheming how this could be something really big. I had just come off my time as assistant programmer for SIFF Cinema and was the managing director for the Rainier Independent Film Festival, so I had experience with programming that Evan was excited to utilize. He brought me on as co-host and co-producer, and here we are today—Sunday, October 21, 2018 will be our 50th film screening! 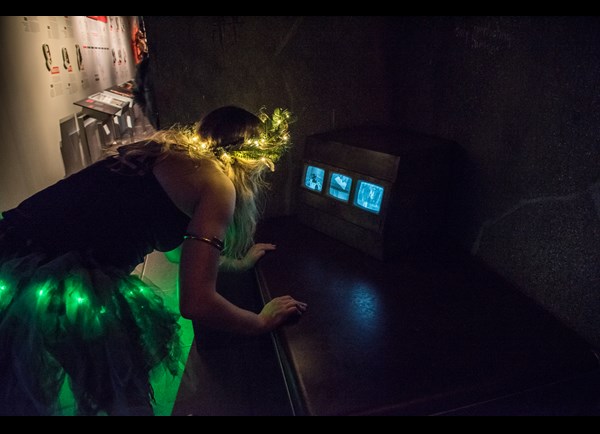 SHRIEK has evolved to be an intersectional horror screening series that focuses on community. We want to offer affordable and accessible education and give everyone a chance to engage with this media in a new way. We also strive to encourage and highlight women and POC filmmakers and creators.

Part of being accessible means that SHRIEK is a traveling show! We screen regularly at Naked City Brewery, Central Cinema, Scarecrow Video, and Crypticon Seattle, with new venues added all the time. You can find information for upcoming screenings on Facebook, Instagram, and Twitter. 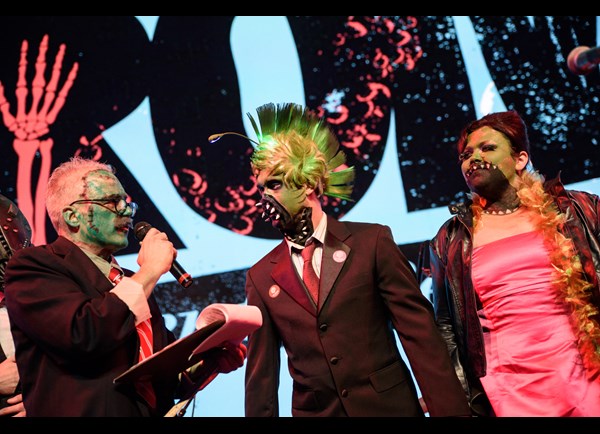 Do you have any surprises planned for Fashionably Undead?

Haha, it's like you know me! Let's just say that I've been rather inspired these past few weeks planning for the event. I wouldn't want to be one of the people hearing about this the next day from one of your friends. 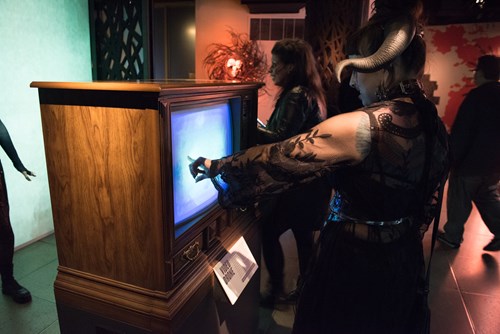 What’s on your horror watch list for this October?

Let's get one thing clear: October starts September 1 for me. I'm one of those people. My apartment has been in full black seance decor for 6 weeks already.

I try to balance my Halloween watch list with everything I've been meaning to catch and all the things my boyfriend has never seen.

This has been an exciting year for horror series! Channel Zero has been blowing me away, and I can't wait to start Mike Flanagan's The Haunting of Hill House. Gareth Evans is a favorite director, so The Apostle is way up on the list. My friend Seth Sherwood wrote Hellfest and that was a great surprise of a film. What Keeps You Alive, Mandy, and Phantasm 4K were all delightful. You better believe I'll be watching Jamie Lee get her Grandma on at the Cinerama in Halloween!