In science fiction, space can be anything you want it to be.

This is the idea James Cameron and his guests explore in the second episode of James Cameron’s Story of Science Fiction on AMC (Mondays 10/9c).

Over the years, outer space has been a backdrop to hundreds of different types of stories, from explorations of the harsh realities of space like in Gravity to tales of fantasy and adventure like Star Wars. On one hand you have the “hard tech” that allows you to solve the puzzle of space and on the other you have, as Cameron puts it, the “complete unfettering of the imagination.” 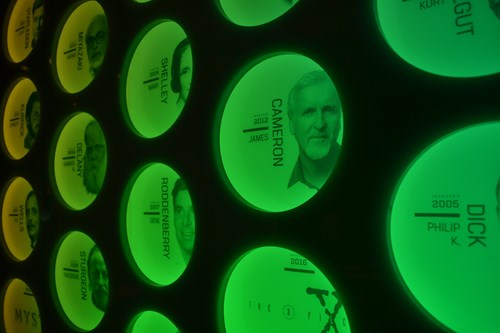 No matter the use, all sci-fi creators are trying to show their audience what it might feel like out in the vast blackness of space.

When stage magician Georges Méliès turned his sights to filmmaking at the turn of the century, he was inspired by fiction greats H. G. Wells and Jules Verne to create a tale about astronomers traveling to the moon, logically titled A Trip to the Moon. The film invented the science fiction movie and is filled with iconic imagery still closely tied to the genre today. Although the movie is filled with fantastic ideas, there aren’t too many truly scientific elements to the film; for example astronomers don’t have any use for space suits and the moon is complete with a distinct—if somewhat grumpy—face. 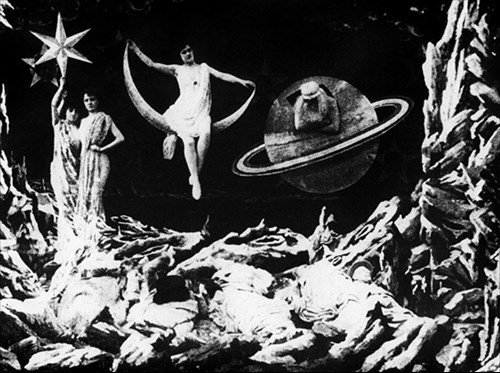 And yet, only a few years later depictions of space travel became much more realistic from Woman in the Moon, where characters can feel the pressure of leaving earth’s atmosphere, to Astounding Science Fiction, which, under the editorial eye of John W. Campbell, Jr., held its authors to a standard of scientific verisimilitude.

Just thirty years later, Robert Heinlein helped shepherd in a new type of science fiction often called “Hard SF,” where space is looked at as a problem to be solved, and the solutions to those problems are based in the realities of known science.

But it wasn’t until Gene Roddenberry decided to send a diverse set of humans and aliens into the final frontier that space became accessible to a truly wide audience. 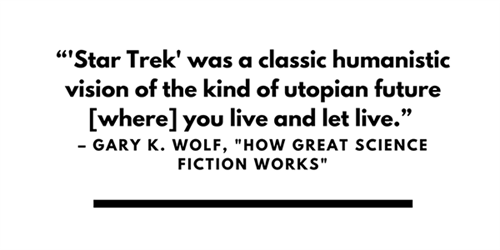 With Star Trek, Roddenberry could tackle complex issues of the times without being censored, thanks to the distancing effect of its setting. From space, he could comfortably explore issues of race, gender, and violence in an impactful way. Take for example, the episode “A Taste of Armageddon” where Captain Kirk confronts humanity’s violent past with an impassioned plea for a better future. 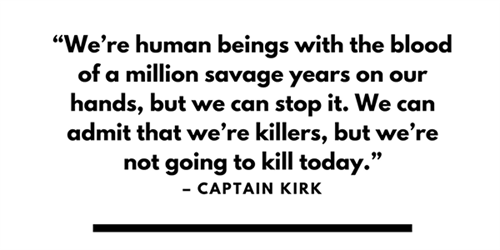 And yet, more powerful still may be Whoopi Goldberg’s story of witnessing Nichelle Nichols as Chief Communications Officer Uhura.

Before Star Trek there were no people of color in the future Goldberg saw on TV. Then Gene Roddenberry cast a young, beautiful African American woman to head communications on the bridge of his starship. Seeing Nichelle Nichols in that role was an extraordinary experience for Goldberg and was the reason she eventually went to Roddenberry to be a part of the cast of The Next Generation. Nichelle Nichols showed Goldberg that “she had a future in the world.” 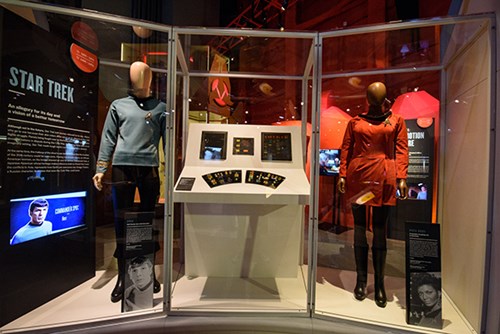 We worked hard to reflect Roddenberry’s commitment to diversity on many levels in our exhibition Star Trek: Exploring New Worlds. One way was through a unique decision on the exhibit’s mannequins. 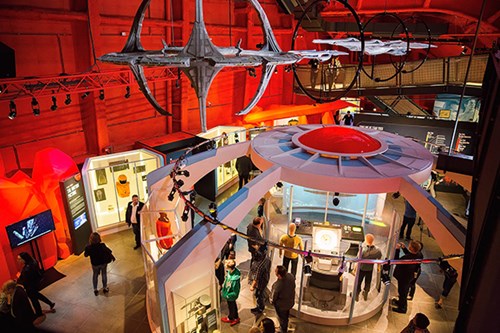 A shot from the mezzanine

In the museum world mannequins are traditionally meant to be “invisible” so the focus stays on the artifacts. But exhibition curator Brooks Peck decided to take a different approach, painting the mannequins to reflect the many skin colors seen on the show as a reminder that “Star Trek isn’t about color blindness, but instead embraces and celebrates a diversity of origins, cultures, and opinions.” 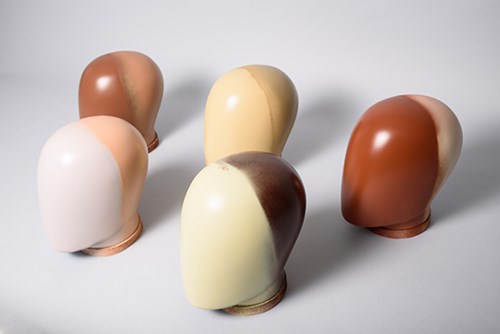 Outer space has been portrayed as an unfeeling vacuum, a thrilling play land, and a dangerous mystery, but through every portrayal, humanity’s stunning message of hope for a better future shines through. As astronaut Cady Cole said, “We are citizens of the universe. We belong there too.”

AMC Visionaries: James Cameron’s Story of Science Fiction airs Monday nights at 10/9c on AMC. Tune in next week for the good, the bad, and the ugly. That’s right. It’s time to talk monsters.

Star Trek: Exploring New Worlds closes May 28. Join us for the closing party May 11.