After a fantastic run starting in May 2017, The Jim Henson Exhibition: Imagination Unlimited‘s last day at MoPOP is Sunday, February 25. Don’t miss your last chance to experience this comprehensive look at Henson’s work in film and television from early commercial work to the Muppets and beyond.

My favorite artifacts in the exhibition are the original puppets from The Dark Crystal. The Mystic that greets you as you enter the exhibition, grumpy-but-ultimately-good Aughrah, and, most importantly, Jen and Kira are all on display to make your heart sing. 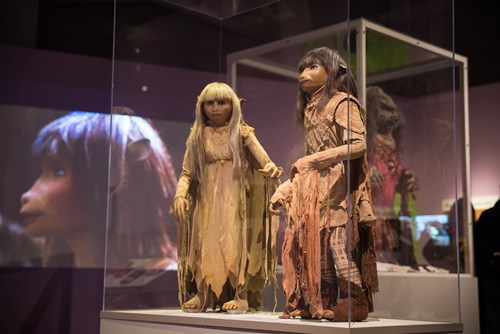 Jen and Kira in The Jim Henson Exhibition: Imagination Unlimited at MoPOP

These two sweet little Gelflings were the portal to a whole new world that I couldn’t get enough of. It was magical, it was dangerous, and it was perfect for an epic adventure. Not to mention, I got a special thrill when I learned that girl Gelfings had wings.

Which is why Fathom Events’ screenings of The Dark Crystal is so excellently timed. Coming to more than 500 theaters, the film will play on the big screen February 25 and 28. It’s the perfect way to celebrate the end of Henson’s stay at MoPOP. 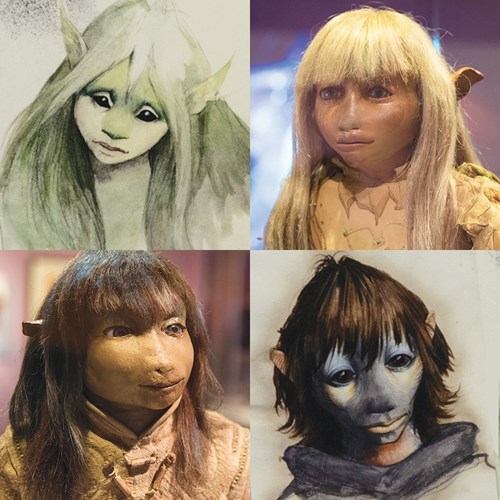 Concept art next to the complete puppets.

See if The Dark Crystal is playing near you right here, and make sure to check out The Jim Henson Exhibition: Imagination Unlimited while it’s still open to the public! 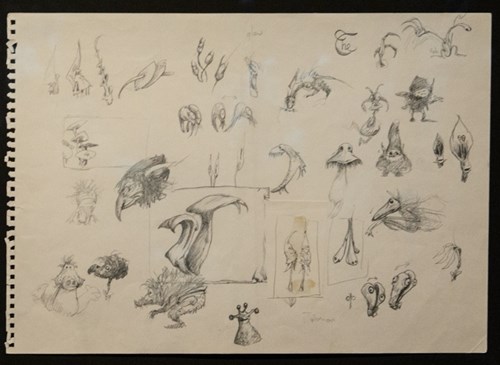 Concept sketches for The Dark Crystal 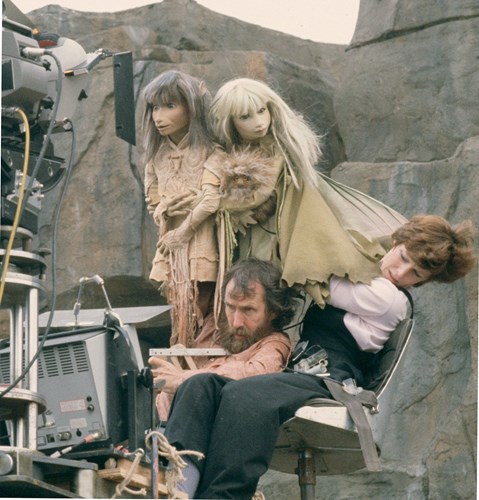