Here There Be Dragons

Dragons are a powerful part of the fantasy genre, acting as forces of cunning evil, steadfast companionship, or sage-like wisdom.

Appearing in our legends and myths for thousands of years, dragons have evolved into two main families: The European dragon, which is traditionally a malevolent and feared hoarder of treasure, and the Eastern dragon, originating in China and revered for its intelligence and perception. 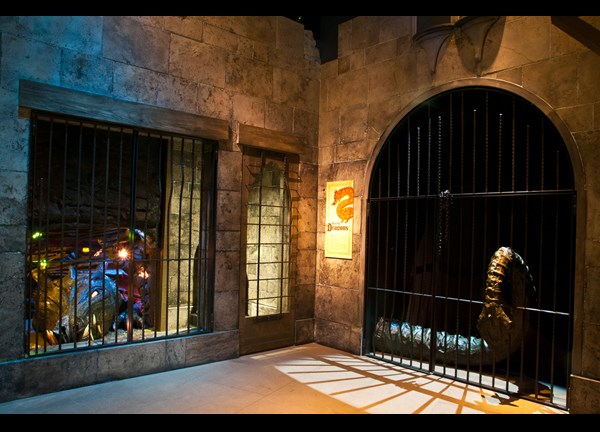 We have our very own dragon at MoPOP. She lives in Fantasy: Worlds of Myth and Magic, but don’t be frightened! She’s safely behind bars, peering out at museum guests with a stately, if suspicious, indifference.

Favorite Activities: Snoozing and protecting her gold from museum guests.

Family Origins: Descendant from the European dragon, Adelinda’s design is ultimately derived from Greek and Near Eastern mythology. 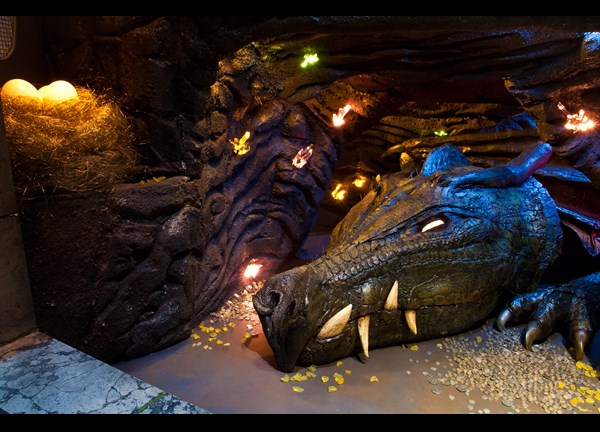 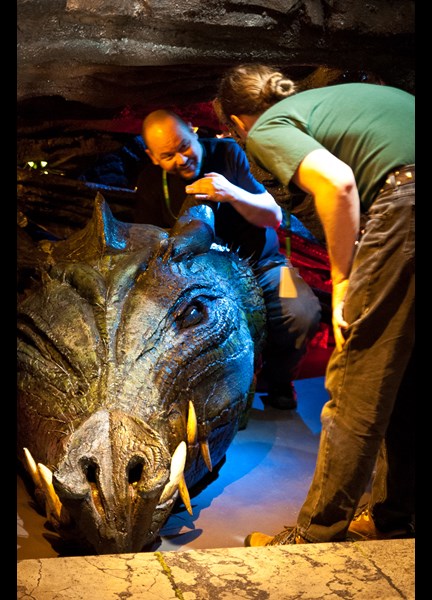 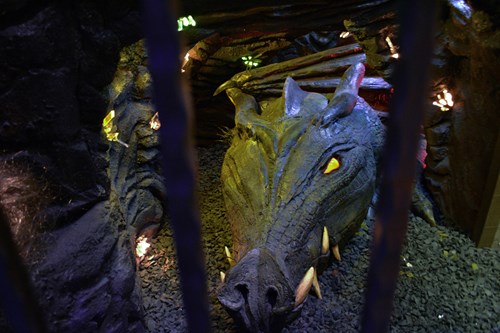