Watch out! This post contains spoilers for The Walking Dead. If you haven’t seen season 7, proceed with caution.

War. What is it good for? If you’re AMC’s The Walking Dead, absolutely everything. The hit drama-within-a-horror-TV show returns for an 8th season on October 22, and we’re pretty darn pumped.

With excitement mounting for the epic (and possibly season-long) standoff against the Saviors, we’re antsy to know what’s in store for all of our favorite characters. That’s why we turned to MoPOP’s Education Programs Coordinator, and Walking Dead super fan, Jessica Lane to give us her predictions on what we’ll see this season.

What most frightens you about the all-out war that is looming in season 8?

Also, I hope that the all-out war brings the cast back into a single location. I think the separate stories that come from them being split up make the show feel a little disjointed. 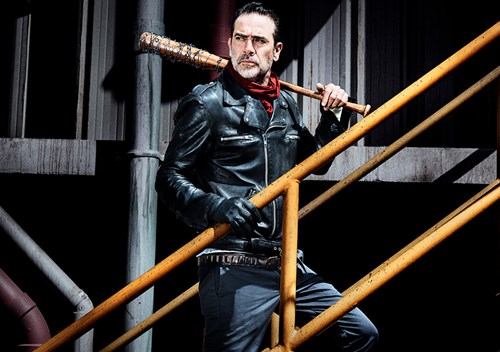 Negan (Jeffery Dean Morgan) | Photo by Alan Clarke/AMC
I don’t know, when I look at her I don’t see a Lucille. I see more or a “Brutal Tool of Terror.” Maybe it’s just me

Do you think Eugene’s loyalties will flip flop again? If so, how?

I think Eugene is working a long con and that his loyalties haven’t flipped as much as it appears. Yes, he’s totally opportunistic and will go with anyone he thinks will help him survive, but I don’t think he’s on Negan’s side as much as we’ve been led to believe. He’s now in a perfect place to know all of the inner workings and layouts of Negan’s camp, and I think that will come into play. 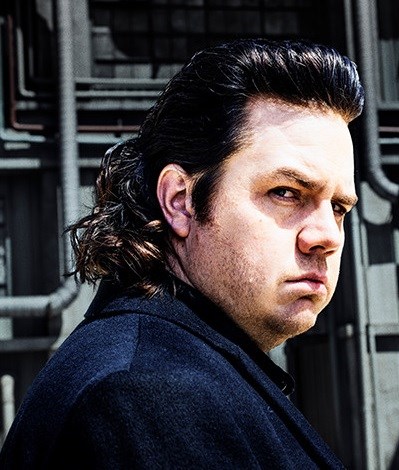 Eugene Porter (Josh McDermitt) | Photo by Alan Clarke/AMC
I can live with every one of Eugene’s decisions…except for the hair…can’t hang with the hair.

Which characters do you think we might lose this season?

I think the next big one to go will be Morgan, which will bite. (Ha! See what I did there?)

Some people are predicting a time jump at the end of this season based on the trailer released at San Diego Comicon. Do you agree?

A full time jump? No. I think we’ll see Negan present Rick with choices that impact his future—one that guarantees his long-term survival (at what cost?) and one that doesn’t. 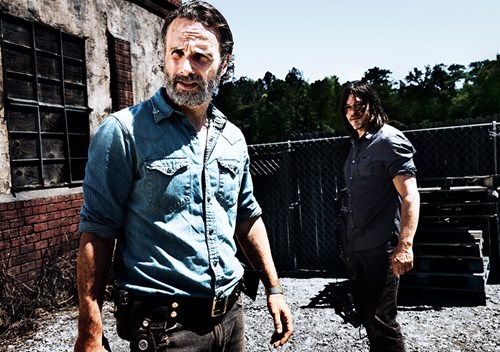 What are your predictions for Negan in the coming season? Do you think we will learn more about Negan’s backstory this season? If so, will it make us feel differently about him?

Ooh! Interesting. It would be nice to know his backstory. My gut is that something horrible happened to him as the apocalypse was starting and now he’s compensating with anger—perhaps another person (not zombie) killed someone he loved? In any case, I think a backstory would help understand what brought him to this point, but I don’t think there’s much they could say that would make me okay with bashing people’s heads in with baseball bats, shoving them into ovens, burning their faces with irons, keeping a harem of women…should I continue?

Are you dying (lol puns) for more Walking Dead? We’ve got a literal aquarium full of Greg Nicotero’s creepy creations in MoPOP’s newest exhibition, Scared To Death: The Thrill of Horror Film.