Cost: Pay what you can

In ongoing celebration of our latest exhibition, Rise Up: Stonewall and the LGBTQ Rights Movement, MoPOP is collaborating with artists Fox Whitney and Gender Tender for a virtual movement workshop.

Come ready to move to the music that played on the jukebox during the Stonewall Riots in 1969. Facilitated by artist Fox Whitney and additional collaborators from his performance project, Gender Tender, this virtual gathering is for movers of all levels interested in engaging in choreographic processes that include psychedelic movement research and scores for dance improvisations informed by resting/rioting, whispering/screaming, the Rise Up exhibition, and the history of protest in the United States. Practice during the workshop will focus on the breath, private and public spaces (inside and outside of the body) and connecting with our queer and transgender (d)ancestors.

About Fox Whitney and Gender Tender:

Fox Whitney’s transgender and queer point of view is at the heart of his performance project, Gender Tender. GT engages a team of artists trained in Fox’s unique methods modeled on visual art practices, cults and riots. He is also a filmmaker, actor, dancer and teaching artist. Melted Riot, a Gender Tender performance inspired by the Stonewall Riots of 1969, was presented at Velocity Dance Center on the 50th anniversary of the uprising. His work has been commissioned and produced by the Henry Art Gallery; On the Board’s NW New Works Festival and Solo Festival; Velocity’s Next Fest NW and Seattle Festival of Dance Improvisation; the Seattle International Dance Festival; Yellow Fish Epic Durational Performance Festival; and was selected for the inaugural season of Seattle’s Gay City Arts. He has performed in work by keyon gaskin, Morgan Thorson, CommonForm Dance Project, Malic Amalya and Gabrielle Civil, and has exhibited his dance films and visual art nationally. He is currently an artist in residence at On the Boards in Seattle.

Calling all current and future kings and queens! Explore self-expression in MoPOP’s week-long, drag-tastic summer camp! Led by Seattle performer Joshua Hancock, you’ll investigate drag history and work together with local artists to create your own personas. You’ll choose your name, explore hair and makeup techniques, learn how to shop for clothing, and develop your character’s stage presence. We’ll take field trips to some of Seattle’s key locations and go shopping for costume pieces at local thrift stores. At the end of the week, celebrate your new drag personas with a private showcase!

Youth of all gender expressions and identities are welcome at this drag beginner’s camp. 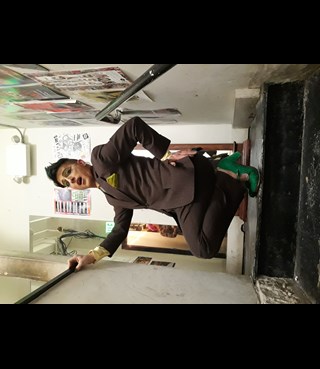 Joshua Hancock, has been working in theatre, burlesque, and drag for 30 years. He believes drag is for everyone, it is more than one thing, and can be used to heal, bring joy, sadness, and love to people. He has a Master’s Degree from Texas Woman's University in Theatre, and has worked in Ireland, Canada, Mexico, Czech Republic, and coast to coast in the United States. Joshua bases his drag character Parton, on none other than Dolly Parton, and uses Parton's voice to spread love and open minds.

Bish Paul is a member of the GSBA Policy Council, which advocates for LGBTQ rights and racial equity through systemic change at the statewide and local level. Organization: GSBA: Washington’s LGBTQ and Allied Chamber of Commerce www.thegsba.org Mission: To combine business development, leadership and social action to expand economic opportunities for the lesbian, gay, bisexual, transgender, and queer community and those who support equality for all.

In partnership with Seattle Pride, MoPOP celebrates the opening of Rise Up: Stonewall and the LGBTQ Rights Movement with a panel of queer icons in conversation about activism and their participation in the civil rights fights of the past. Moderator Matt Baume will share a few iconic objects with panelists Isabella L. Price, Devlyn Camp, and Kristin Russo (for example, the rainbow flag or a pair of wedding rings) and have those objects serve as inspiration for conversations about historic moments in queer history.

On the plaza at the Capitol Hill Light Rail Station

Photos of Patrick [Haggerty of Lavender Country] are featured in the new AIDS Memorial Pathway exhibit on Capitol Hill. The AMP dedication ceremony takes place Saturday, June 26 12pm–3pm on the plaza at the Capitol Hill Light Rail Station. "We invite the public to drop by during these hours to visit and experience this unique place of remembrance and reflection in Seattle. See the artwork, talk with the artists, and learn about The AMP!" https://theamp.org/

A deep-dive into the history of the use of trans identities as themes and antagonists in horror films with Isabella Von Ghoul.

In partnership with Cascade Bicycle Club, Certified Ride Leader and Historian Bob Svercl will lead a group of cyclists on a 5.6-mile bike tour from Capitol Hill through Pioneer Square to MoPOP. Bob will be stopping at historic and iconic sites around Seattle while telling stories about Seattle’s LGBTQIA+ history. Meet at Volunteer Park from 12:00pm–1:00pm for bike decorating and pre-ride socializing. At 1:00, we will gather and head out on a rain or shine, no-drop, casual bike and e-bike friendly ride that will wrap up at the MoPOP plaza with trivia and prizes. Folks who want to continue their exploration of LGBTQIA+ stories and culture can leave their bikes at our bike valet and head inside to see Rise Up: Stonewall and the LGBTQ Rights Movement at with purchase of an advance, timed ticket.

Purchase tickets to Rise Up

If you intend to purchase a ticket to see Rise Up at the end of the bike ride, make sure to select a time slot that is after 3:30pm on Sunday, August 15.

Mission: Gender Justice League's mission is to empower all people to eliminate discrimination and prejudice based on sex, gender identity, gender expression, and sexual orientation in Washington State, and to ensure that trans and gender diverse people can live their lives safely, true to themselves, and free from discrimination. 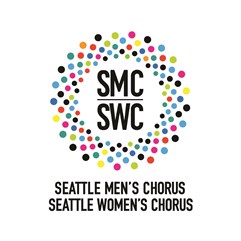 Mission: Our voices transform society through innovative and entertaining programs that build community, illuminate the experiences of LGBTQ people and their allies, expand inclusion, and inspire justice.

Our Vision A more harmonious world that celebrates the unique identities and talents of all people.

Mission: To combine business development, leadership and social action to expand economic opportunities for the lesbian, gay, bisexual, transgender, and queer community and those who support equality for all.

In March 2020 Lambert House pivoted its programming online due to Covid-19. As of May 2021, online programs serve youth living in 26 U.S. states and five countries. Programs are staffed seven days per week. Five software platforms and 19 programs meet the technology access needs and diverse interests of LGBTQ+ youth.

“Rise Up: Stonewall and the LGBTQ Rights Movement” was developed by the Newseum, an affiliate of the Freedom Forum, which fosters First Amendment freedoms for all.

Sponsored in part by 4Culture.