The Museum of Pop Culture's annual Pop Conference, first held in 2002, mixes together ambitious music discourse of every kind to bring academics, critics, musicians, and dedicated fans into a collective conversation. Pop Con 2020 is being reimagined as an online conference to be held in September 2020 (exact dates and times to be announced).

Leading up to the virtual event this fall MoPOP will host a series of teaser events. The fifth teaser event, POP TALKS: Victoria Monét with NPR Music, takes place at 12 p.m. PT on Friday, August 7.

POP TALKS is a new pop-up conversation series on Instagram live. Join NPR Music and Pop Conference for hour-long, thoughtful conversations with today's most intriguing musicians. Next up is acclaimed singer-songwriter Victoria Monét, who will talk about her creativity and her new solo project, JAGUAR, at 12 p.m. PT on Friday August 7 in an interview with Jason King. 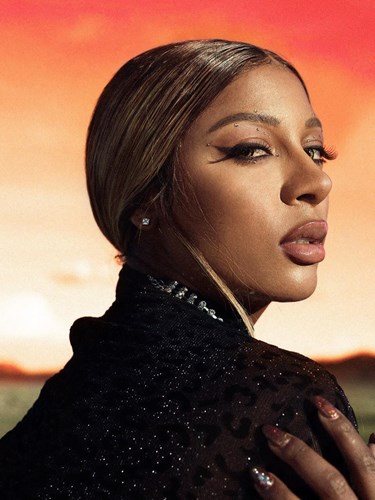 Grammy-nominated singer-songwriter Victoria Monét is a multi-dimensional, versatile singer, songwriter, and dancer whose forthcoming solo project, Jaguar, is an unapologetic declaration of female empowerment and sexual freedom. As a queer woman of color working in a landscape that still actively pigeonholes artists with marginalized identities, Monét makes music and art that play with gender roles, and themes of femininity.

Monét leveraged her considerable songwriting skills writing some of the biggest hits in contemporary pop, hip-hop, and R&B for top 40 and critical darlings like Nas, T.I., Chloe x Halle, and Brandy. She earned four nominations at last year's Grammys for her work on Ariana Grande’s thank u, next. Monét’s unique ability to juxtapose the fresh and familiar, the sexual and substantial, and the feeling of nostalgia with modern and youthful aesthetics, sets her apart.

A journalist, musician, DJ, songwriter, curator and producer, Jason was the host and co-producer of NPR's Noteworthy, a series on the creative process of music superstars like Dua Lipa and Miguel, as well as the curator of NPR's 24/7 R&B radio channel.

He is currently working on a biography of Freddie Mercury, and producing and directing documentaries.