Practical Magic is a romantic comedy meets fantasy movie, based upon the novel “Practical Magic” by Alice Hoffman. The story follows Sally and Gillian, sisters born into a magical family, who are vehemently opposed to practicing any witchcraft of their own. However, when Gillian’s ruthless boyfriend suddenly dies, the sisters’ self-restraint completely diminishes as they give themselves a crash course in hard magic to resurrect the boyfriend. As you can imagine misadventures quickly ensued till the end.

Here are some other fun facts about the movie we think you’ll enjoy:

Practical Magic gave us Nicole Kidman and Sandra Bullock at the height of their 1990s acting careers as well as introduced us to up and coming child star Evan Rachel Wood. 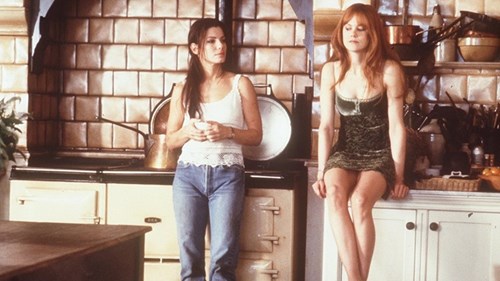 The film is littered with dark undertones, it takes special care to weave in the importance of family, sisterhood, and community and that’s one of the many reasons we love it. Whether you've seen it before or not, it's definitely worth watching for the 1990s nostalgia alone.