After a recent visit to MoPOP’s Scared to Death exhibition, my life — like a near-death experience without the flatline and bright tunnel — flashed before my eyes. From the visceral screams, jump scares, slasher gore, questionable B-list soundtracks, and subsequent nightmares; it all came rushing back. When the moment passed, what sat at my feet was this truth; horror made me who I am. 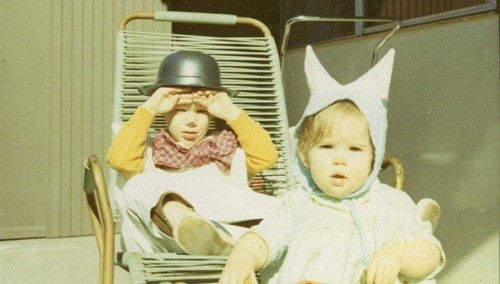 It’s been a good thirty years, but I still remember the sharp blast of popcorn-scented air that hit us as we ducked into Rocky’s Video Store. It was a cool respite from the heatwaves coming off of the sun-scorched streets of Clovis. After spending nine months apart, Rocky’s was the first errand my brother, Garth, and I ran with our father after joining him in California. Sure, it was an unconventional way to kick off summer vacation, but movies were our thing, especially horror movies. Is it because anything scary was off-limits at Mom’s house? Could be.

But consuming as many horror movies as possible during our two precious months with Dad was our strange and wonderful routine. Rent movies, critique them, rewind, return, and repeat. Our movie viewing club made the days we’d spent apart during the school year feel like nothing.

We were an exclusive club of three. While the rest of the family mocked us for our bad taste, Dad, Garth and I galvanized our relationship one video cassette tape at a time.

We watched movies no one else would tolerate: Basket Case, Driller Killer, Microwave Massacre, Killer Klowns from Outer Space, Last House on the Left, etc. We’d finish a movie and as it rewound, we would soak in the pool. Like cavefish, we floundered in the water, pale and unaccustomed to sunlight, and we would deconstruct the film. From the plot to the musical score, to the subthemes, to the acting; we would break down a movie and rewrite it in our own Riley way — making it better, or at least more entertaining. 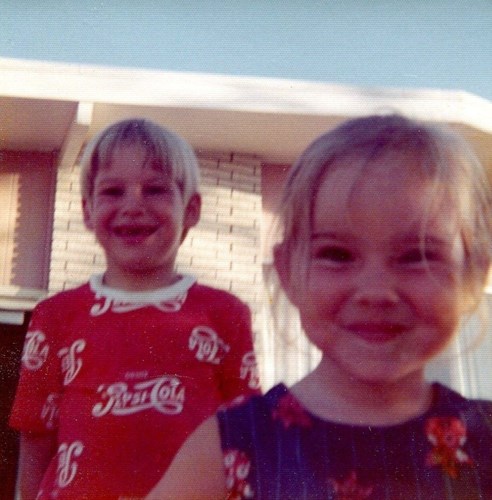 Every now and again we craved a genuine, scare-us-to-death movie. Some of our favorites were: The Shining, Ghost Story, The Omen, Carrie, Poltergeist, Pet Sematary, Creepshow, A Nightmare on Elm Street, The Exorcist, and Friday the 13th.

On rare evenings, my stepmother, Kate, would join us to watch a movie. Maybe something starring Diane Keaton or Meryl Streep? She would ask and we would ignore (okay, ridicule) her recommendations. Instead, we reached for old horror classics. Like us, Kate loved the classics: Psycho, The Blob, Them, Invasion of the Body Snatchers, The Birds, The Shining, or Jaws. On those rare nights, Kate lent our little club credibility. Pinkies out, like at high tea, we used our best manners. We refrained from talking over the quiet parts of the film and saved our side-jokes for when the credits rolled. The restraint almost killed us, but we had to prove to Kate we were an exclusive and refined club.

Those glorious summer days filled me up for the year ahead. Sure, I had nightmares, just like Mom predicted, but I also had inside jokes, shared experiences and deep relationships that would help me endure the next nine months away from my father’s family.

If you haven’t explored Scared to Death: The Thrill of Horror Film at MoPOP yet, October is the perfect time. A creepy staircase leads down down down to a seemingly blood-soaked foyer with signage that warns the timid of the macabre and gore through the doors. I highly recommend a visit. If it stirs up some of your memories, come back and share them with us in the comments! 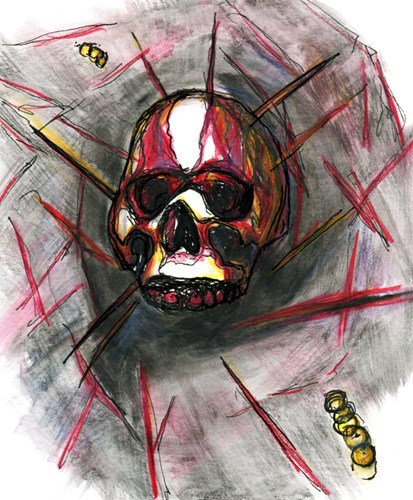 Scared to Death isn’t for the younger set. If you need some recommendations, here are a few favorites my daughters loved when they were young.