Marvel is known for its relatable characters.

Between their plethora of packed pages are heroes who can scale skyscrapers while worrying about grades and villains whose wrongdoings are done while trying to do the right thing.

And folded between these colorful, human characters sits an equally relatable god.

Thor has the power of a deity and the eloquence of an Elizabethan, but his other-worldly characteristics are balanced by his struggle to prove himself to his father and find his place in his world. In many ways he has the qualities of Shakespeare’s most compelling characters. He’s strong but proud, earnest but a little dim, heroic but unsure how to help. He’s a character rich with potential for self-discovery. And discover self, he does. 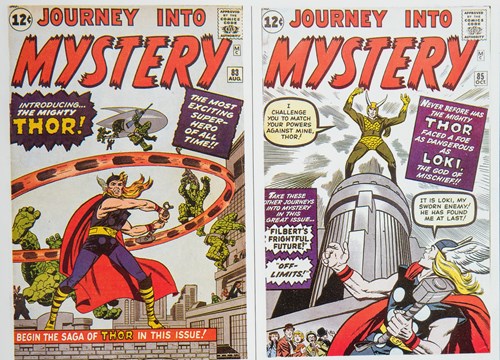 Thor starts with a chance meeting of sorts. Scientist Jane Foster and her team have been studying some very strange storms in the New Mexico desert when, lo and behold, another one hits! Driven by her desire to understand the anomaly, Foster and team go straight toward the freakily flashing phenomenon. As they drive into the eye of the storm, they run into something they could have never expected. Thor. With their van. Ouch.

“Where did he come from?” Jane asks. The answer is as complex as the gods themselves.

Turns out Thor was about to ascend the throne of his mythical home world, Asgard. Thor’s father, Odin, had named him successor, given him the magic hammer Mjölnir and showered praise upon his shoulders.

Too bad the Frost Giants from the desolate realm of Jotunheim had other plans. They’ve snuck into Asgard to retrieve The Casket of Ancient Warriors—the source of their power. They’re caught, but Thor doesn’t like that they were able to get in so easily. 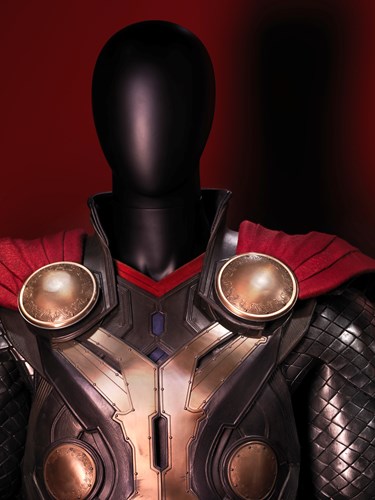 The Frost Giants will never stop trying to get the Casket until someone shows them who’s boss, once and for all. Best to go to their realm, confront their leader Laufey, and maybe knock a few heads together. Odin forbids it, but Thor, convinced he has the right idea, gathers his friends (and his slightly creepy brother Loki) and heads to Jotunheim.

Thing is, when your parents tell you not to do something, they probably have a reason. And it turns out that Thor and his band of winsome warriors are no match for Laufey. Things are going from bad to worse when Odin appears to save his sons and their friends. No Asgardians will die today, but that doesn’t mean it’s happily ever after.

Due to his arrogance, Odin strips Thor of his power, enchants his hammer, and casts him out to earth to live in exile. Thor falls through a storm of lightening until he runs into Jane Foster’s van. Which, in a near parallel structure to the first act of Iron Man brings us back to where we began. 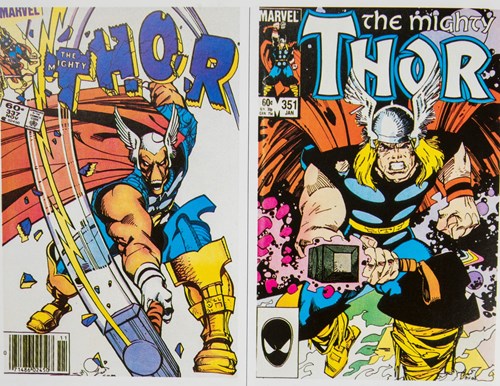 The scientists are more than a little shocked to have run into a man in the middle of the storm, but he seems to be alright, although there is something a bit off about him. He must go find his hammer. Foster can’t let this mysterious man get away so quickly. He must have something to do with the storm, and she’s going to find out how.

Unfortunately, S.H.I.E.L.D. got wind of the hammer all the way back in the post-credit scene of Iron Man 2, so in no time the whole area is locked down. To make matters worse, once Foster arrives S.H.I.E.L.D. Agent Coulson confiscates her storm research without so much as a “thank you.”

But Thor knows what to do. He’ll just sneak in and grab his hammer. 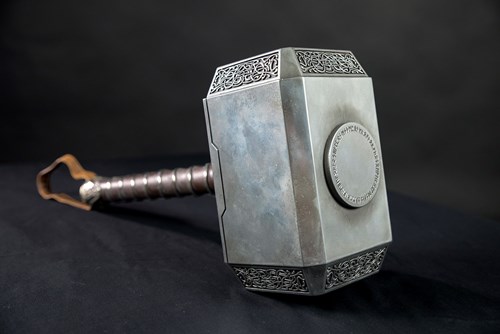 Pride always comes before a fall, they say, and Thor’s fall comes when he tries to lift the hammer. The enchantment Odin placed on it makes it so that only those who are worthy can lift Mjölnir. Looks like an exile’s existence it is.

While Odin falls into a deep slumber to regain his strength, Loki has discovered that he’s adopted. His real father is Laufey the leader of the Frost Giants. With this painful news, and Odin incapacitated, Loki seizes the throne. 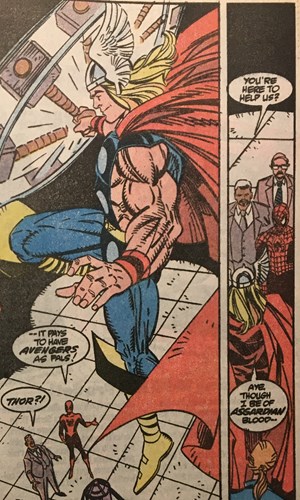 An epic battle ensues, and it seems that all may be lost until Thor does something surprising. In a beautiful reverse from the first battle of the film, Thor offers himself as a sacrifice. The Destroyer can take him if he lets his friends live.

Now that Thor is protecting the lives he once risked, he’s finally worthy of Mjölnir. The hammer returns to him just in time to destroy the Destroyer.

There’s no rest for the weary, however, and with a quick kiss to Jane Foster, Thor and friends head back to Asgard to confront Loki. Just when all looks to be lost, Odin awakens and attempts to save his sons, though Loki chooses to let go and fall into the abyss.

Father and son are reunited and reconciled, but in a nontraditional way for a super hero film. Thor has won his battles, but he ultimately won them thanks to the power of his father. He’s not ready to be king and he knows it. This isn’t the traditional end to Shakespearean Comedy. Instead, it’s a story about a hero recognizing his continued short comings and living with the process of bettering himself.

And that’s the beauty of a well done Marvel story: it leaves you with a little something to think about as you leave the theater.

The journey to truly embodying your power is rarely smooth, but those who are worthy will find their way. You may possess the strength of thunder, but what good is that strength without the wisdom of a god?

Can you believe how well this Marathon is going? I’m having the best time, and I hope you are too. Next up? Oh yes, it’s time for Captain America: The First Avenger.

You can see Thor’s hammer and costume worn by Chris Hemsworth in MARVEL: Universe of Super Heroes at MoPOP.